Writer Sam Humphries is a prolific powerhouse. From his work on Avengers World to Citizen Jack to Star-Lord, Humphries has proven that not only is he a nimble writer, but one with broad depth and range of stories that can be appreciated by a whole host of readers. That’s why we’re so excited about his new Boom! Studios comic Jonesy, hitting newsstands next month, with art by Caitlin Rose Boyle, who wields a cartooning style that is simultaneously fun and brimming with emotion. Check out these preview covers of Jonesy #1, just in time for Valentine’s Day, that Boom! was kind enough to share! 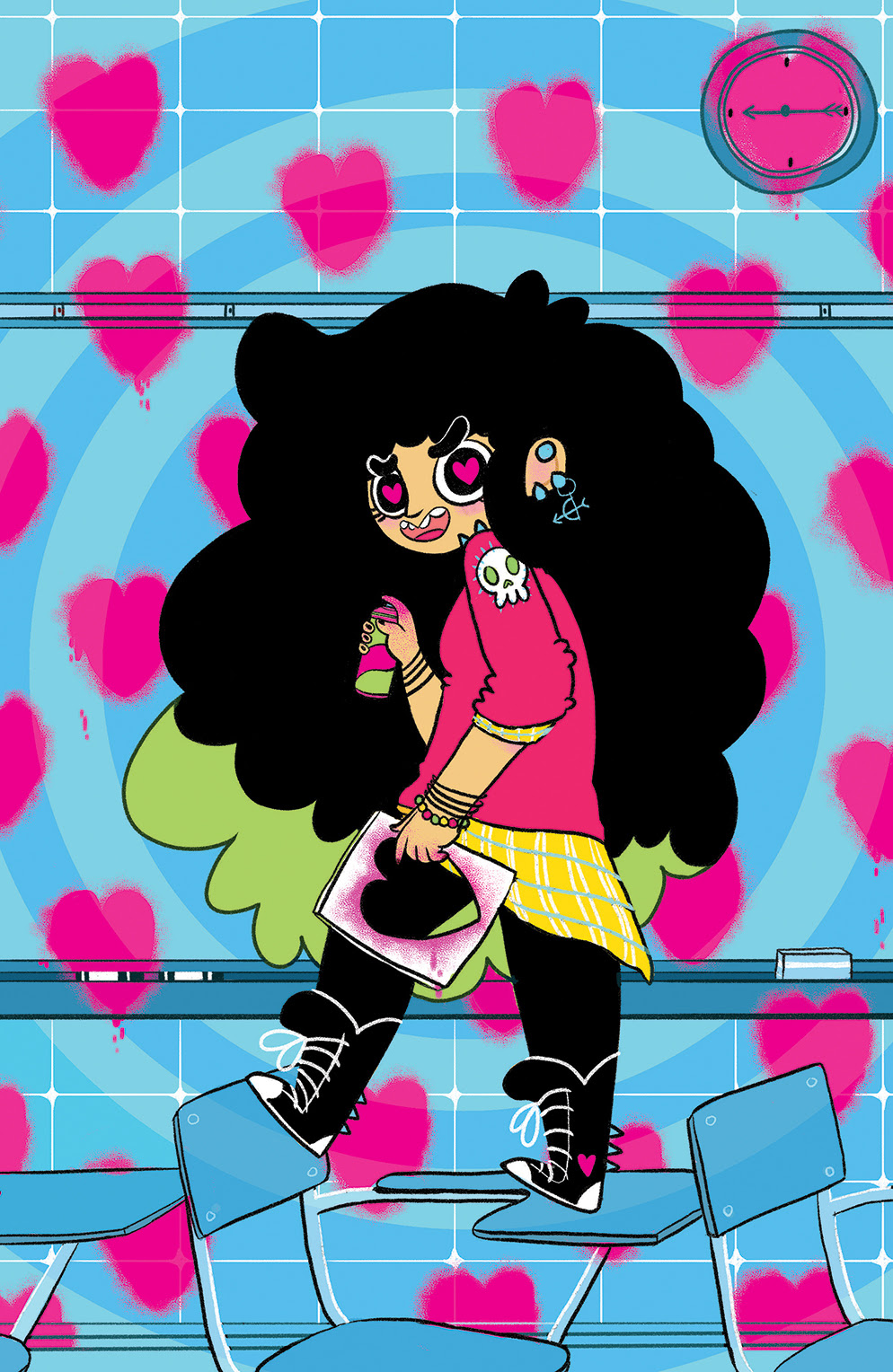 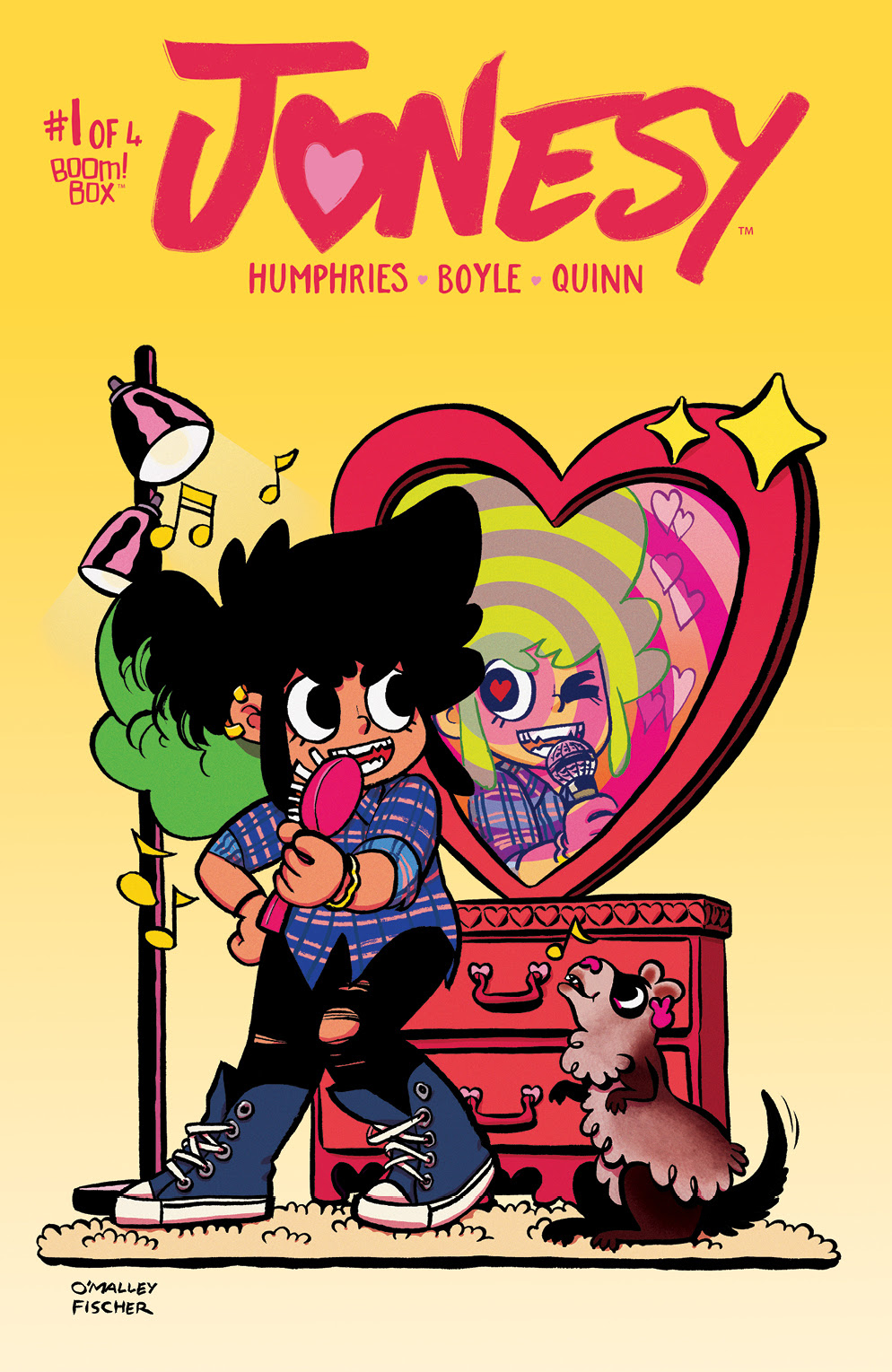 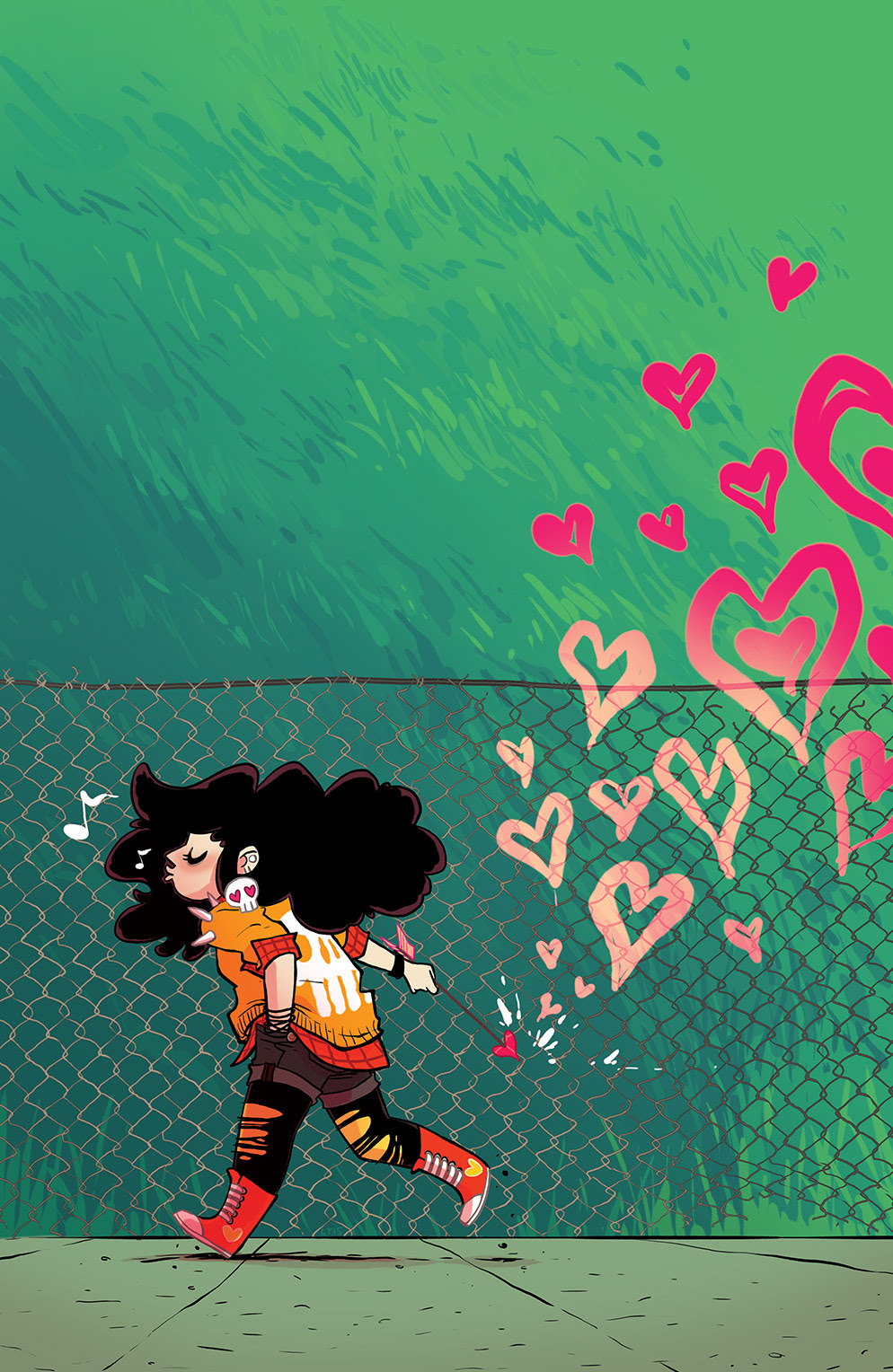 Jonesy #1, written by Sam Humphries with art by Caitlyn Rose Boyle, will drop in comic shops on February 10th.

This February, award-winning publisher BOOM! Studios is smitten with Jonesy, the new limited series from heartbreakers Sam Humphries (Legendary Star-Lord, Weirdworld) and Caitlin Rose Boyle (Buck n’ Lou & the Night Crew). Perfect for fans of Giant Days, Scott Pilgrim, and the new Archie, this lighthearted comedy features a teen cupid in plaid who misuses her “love powers” as she tries to find her place in high school.

“Jonesy is one of those comics that just brings a smile to your face,” said BOOM! Studios Editor-in-Chief Matt Gagnon. “Sam and Caitlin have created a fresh, relatable group of characters that fit right into the BOOM! Box family alongside Lumberjanes and Giant Days, which means we can promise hilarious shenanigans, a great story, and beautiful art!”

Jonesy is a self-described “cool dork” who spends her time making zines nobody reads, watching anime, and listening to riot grrrl bands and 1D simultaneously. But she has a secret nobody knows: she has the power to make people fall in love! Anyone, with anything. She’s a cupid in plaid. There’s only one catch—it doesn’t work on herself. She’s gonna have to find love the old-fashioned way, and in the meantime, figure out how to distract herself from the real emotions she inevitably has to face when her powers go wrong.

“Jonesy, like Giant Days, is the kind of series that would have kept me, as a teen, running back to the comic shop every month,” said Editor Shannon Watters. “I’m so pleased that BOOM! Box is able to bring it to all of you.”