Following the events of “Spider-Geddon,” Otto Octavius—the sometimes former villain known as Doctor Octopus—has much to prove. He’s casting the no-goodnik life aside, however, to fight on the side of light in the new Superior Spider-Man series, premiering this Wednesday. As the self-anointed Superior Spider-Man, will Otto prove himself again?

After guiding Otto in “Spider-Geddon,” writer Christos Gage knows the character well and has a wonderful grasp on his voice and motivations. And artist Mike Hawthorne bring beautiful linework to the book, giving particular attention to Otto’s body language and differentiating it from original Spider-Man Peter Parker and his movements. You can see it all in the preview pages for Superior Spider-Man #1 below! 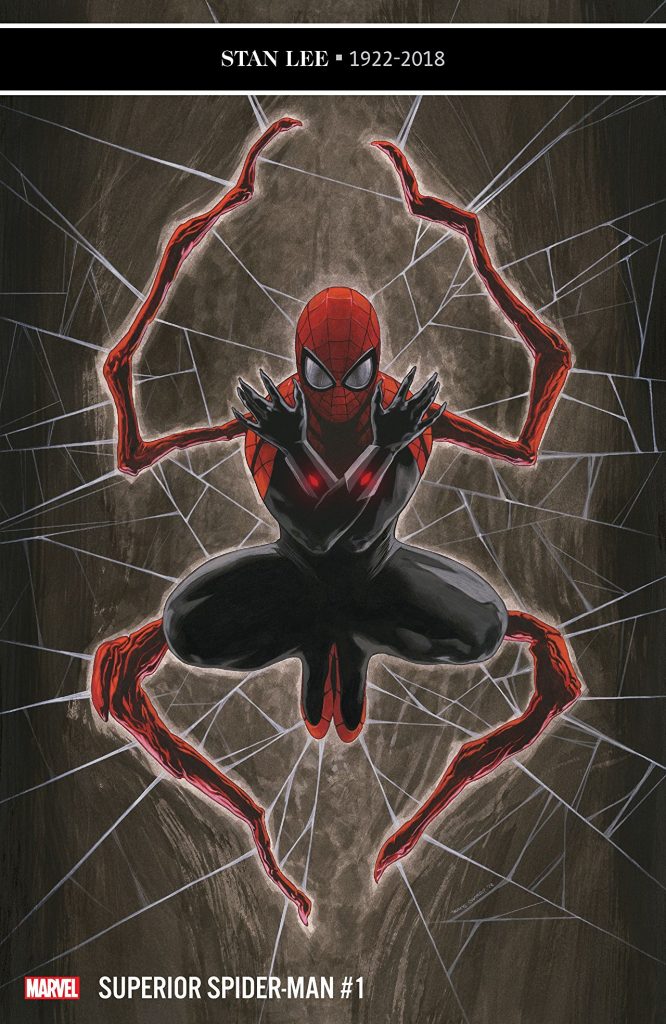 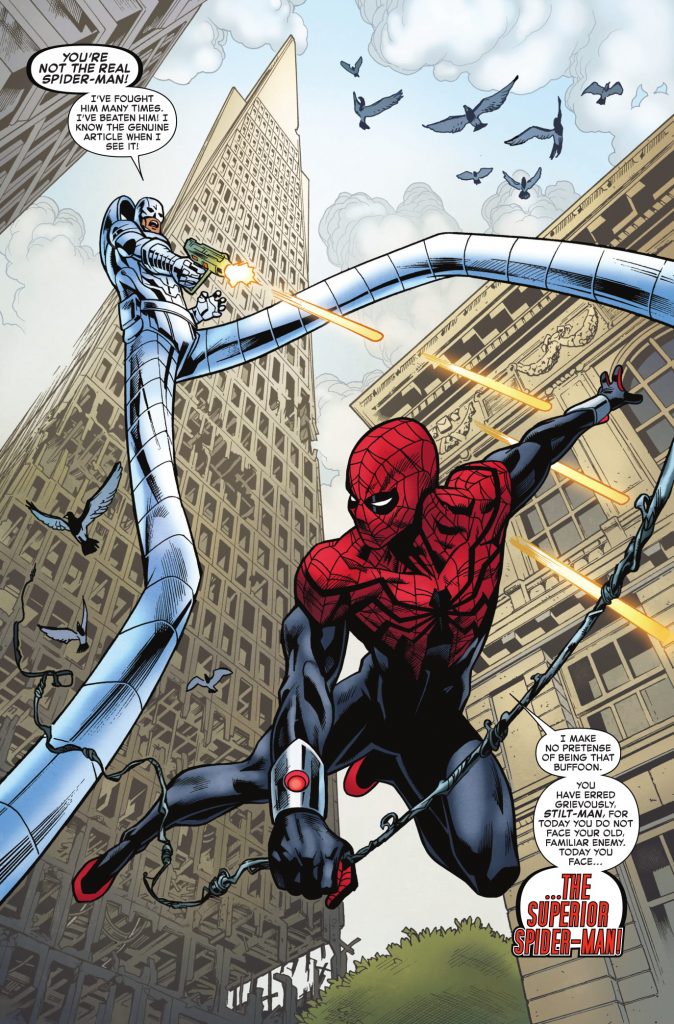 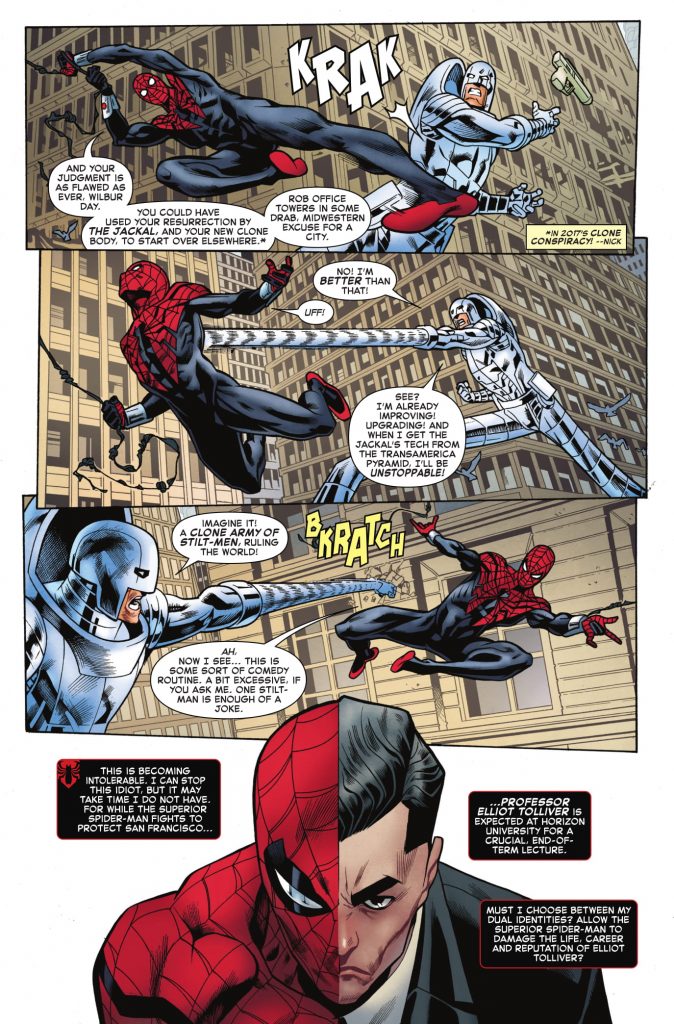 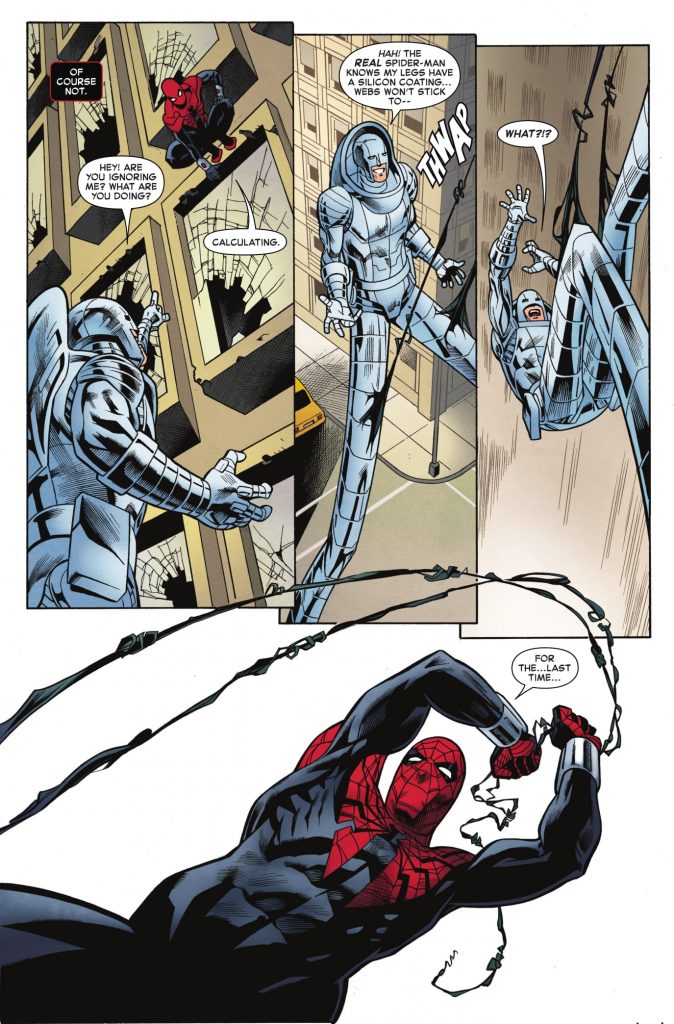 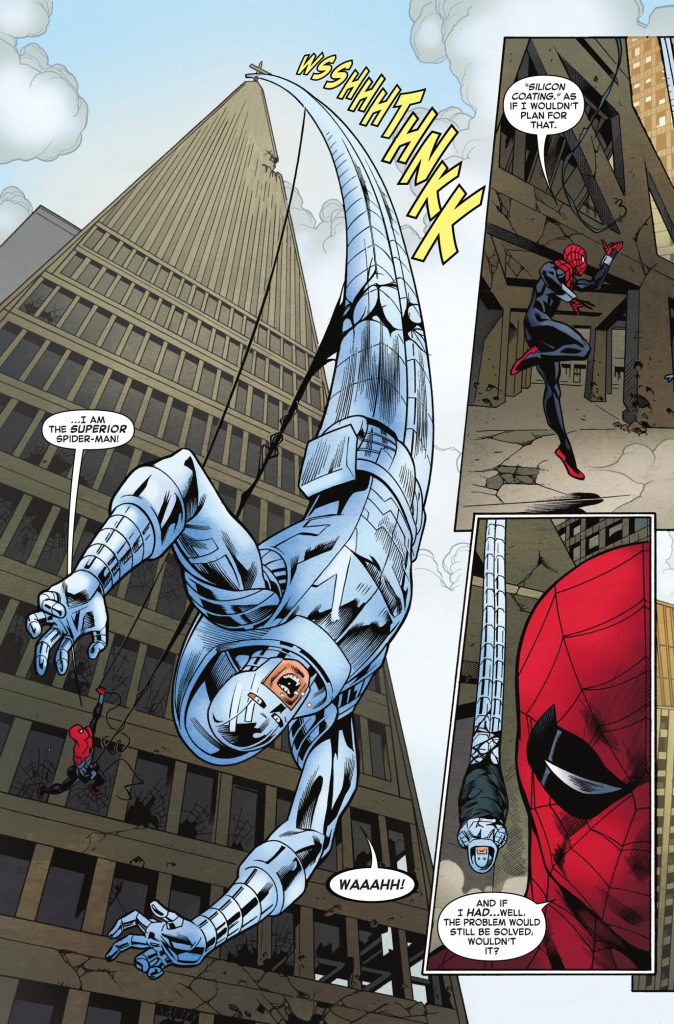 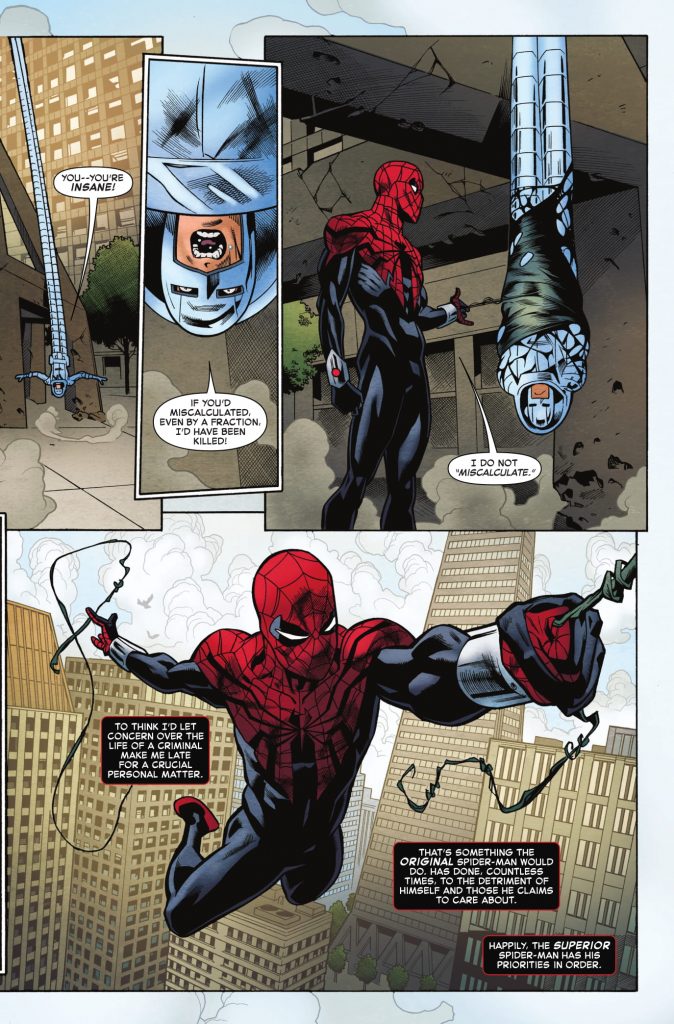 Otto Octavius leaves the moniker of Doctor Octopus behind and once again becomes THE SUPERIOR SPIDER-MAN! If you think you’ve already read the most intense and surprisingly heartbreaking Superior Spider-Man story, prepare to be wrong. Otto is going to prove to the world that he’s the most effective and (to him at least) the best super hero in the world. But when a villain that overpowers him by so much shows up in San Francisco, there’s no way Ock can win, right? Can you see Otto smirking from where you’re reading this?