“Whosoever holds this hammer, if he be worthy, shall possess the power of Thor.”

In case you weren’t aware, there’s been a new Thor roaming about the Marvel Universe the past few years. At the end of Marvel’s Original Sin miniseries, a shadowy figure whispered something to the Odinson that rendered him unworthy of wielding his enchanted hammer Mjolnir, now brandished by Thor mainstay Jane Foster. What was said that left the former God of Thunder so emotionally gutted, however, has been a mystery.

Until now. This March, writer Jason Aaron and artist Olivier Coipel will reveal the whys and wherefores behind the Odinson’s fall from grace in The Unworthy Thor #5. Check out these preview pages that Marvel just dropped of the upcoming issue. 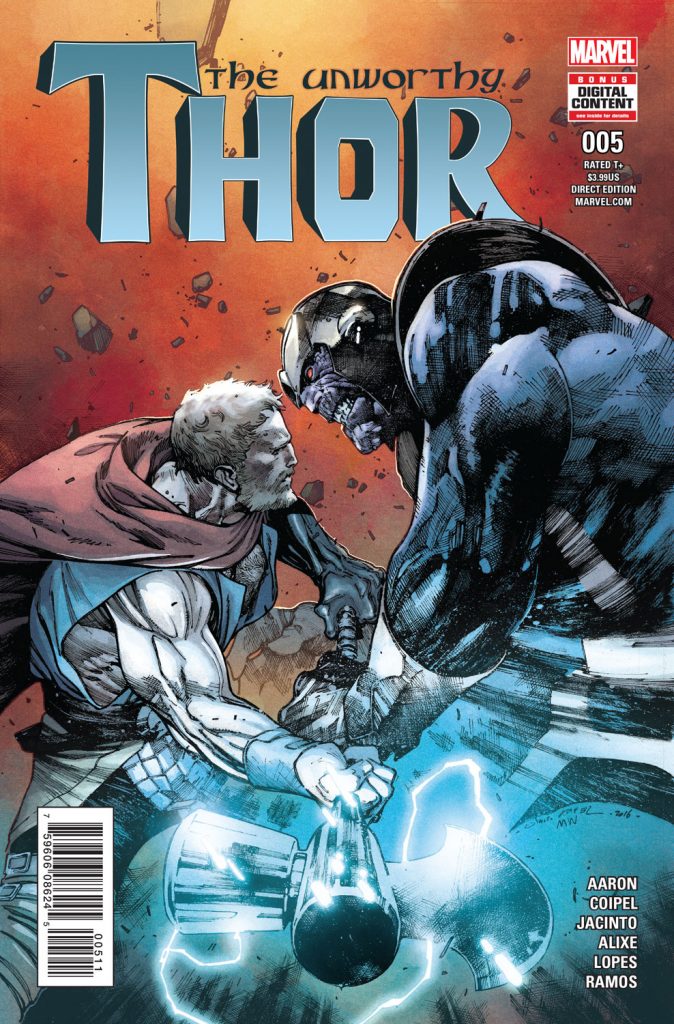 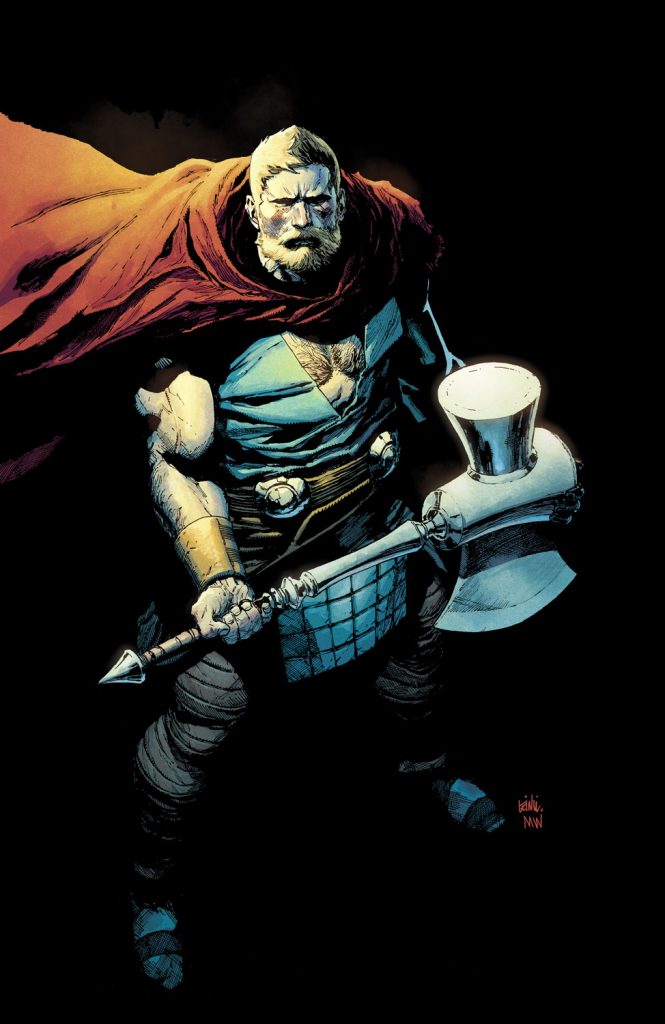 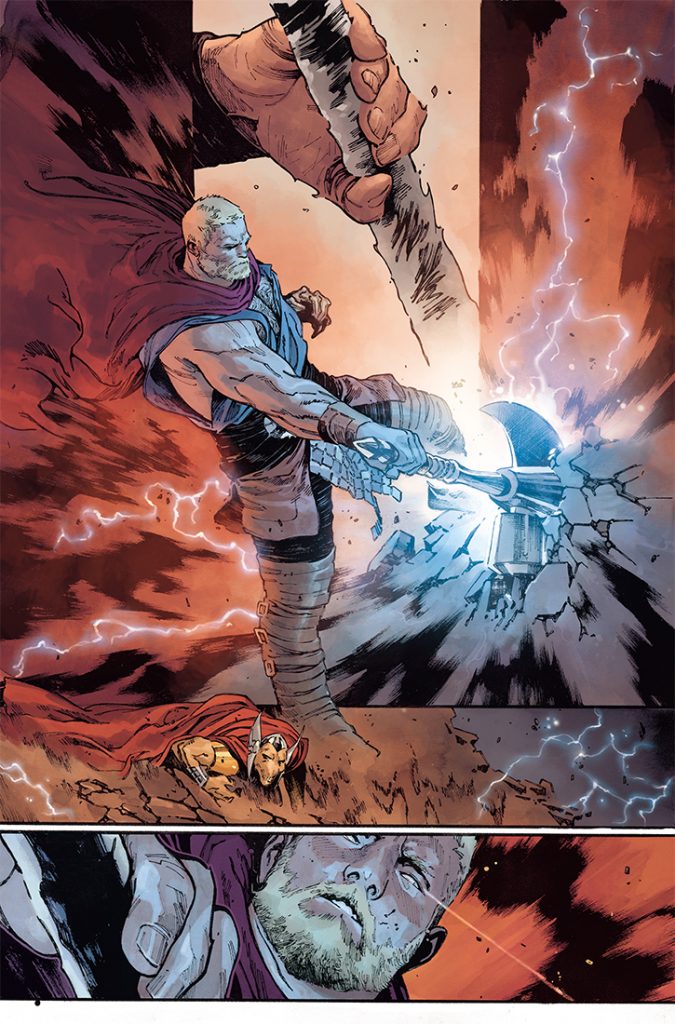 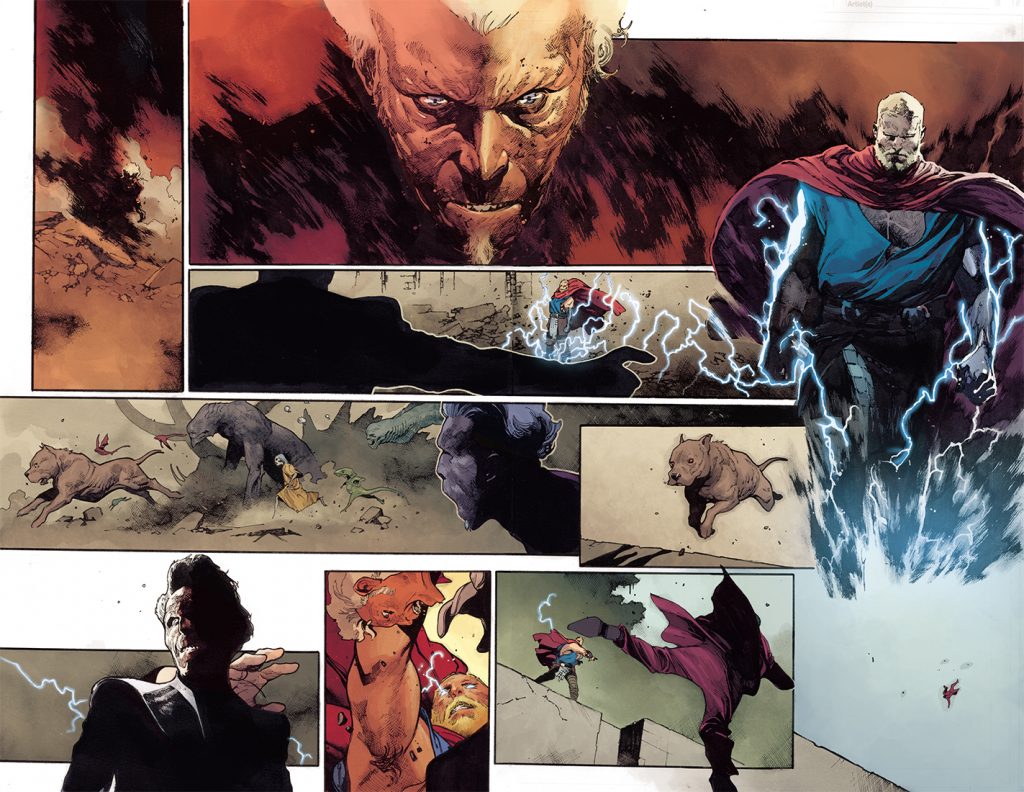 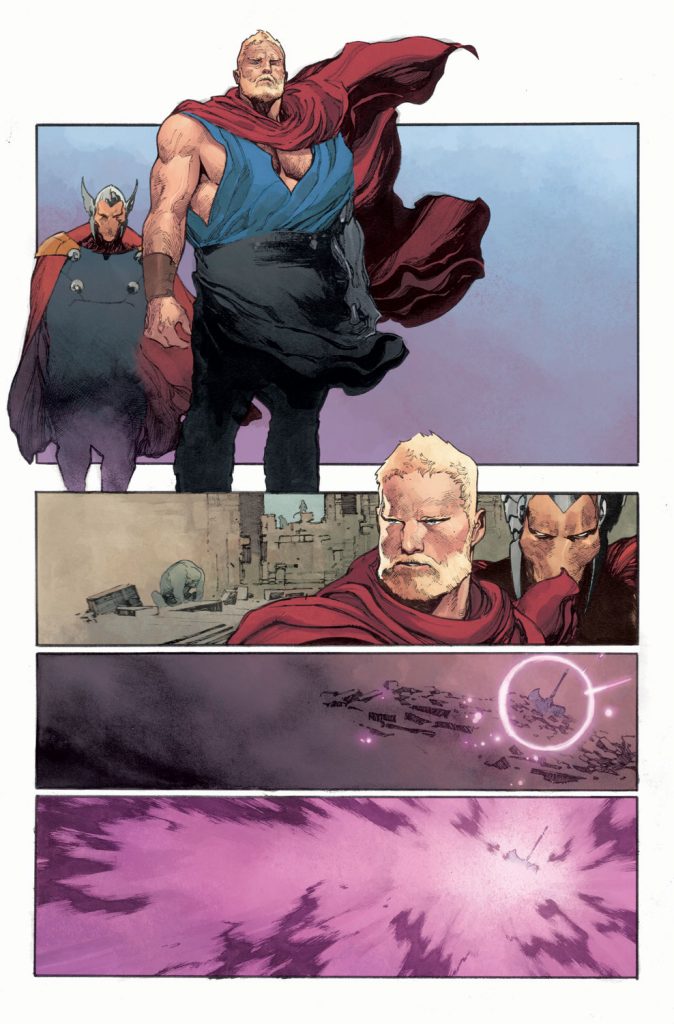 Ever since Jane Foster began wielding Mjolnir, the nurse turned Thunder Goddess has been doing a phenomenal job filling the Odinson’s cape and helmet. Her tales have been compelling under Aaron’s care and have been a joy to read. However, the mystery of the former God of Thunder’s unworthiness has been hanging out there for far too long, so it’ll be lovely to begin to get an inkling of answers.

This is it! A mystery years in the telling will finally be unfurled! Once upon a time, the God of Thunder was rendered unworthy. Not by a great and terrible foe, but by a mere whisper. At long last, the contents of that whisper will be revealed! Today, Marvel is pleased to present your look inside THE UNWORTHY THOR #5 – the senses-shattering final issue! Superstar creators Jason Aaron and Olivier Coipel bring the thunder and give fans the answers they’ve been waiting for – just HOW did the Odinson become unworthy of his magic hammer Mjolnir? Is redemption on the horizon for the fallen son of Asgard? No matter what happens next, life will never be the same for the Odinson. No fan should miss out on the blockbuster conclusion – THE UNWORTHY THOR #5 – on-sale in comic shops everywhere on March 22nd!