This September, the folks behind Image Comics will become real-life superheroes. The comic publisher announced that it will be donating profits from its Thought Bubble 2017 Anthology #6 to benefit the UK children’s charity Barnardo’s, which helps to combat threats to children such as poverty and domestic violence. The anthology collection will feature stories from such comic heavyweights as Jason Aaron, Simon Roy, Jen Bartel, and Marley Zarcone, so you’ll have the added bonus of taking in quality yarns while helping a good cause. 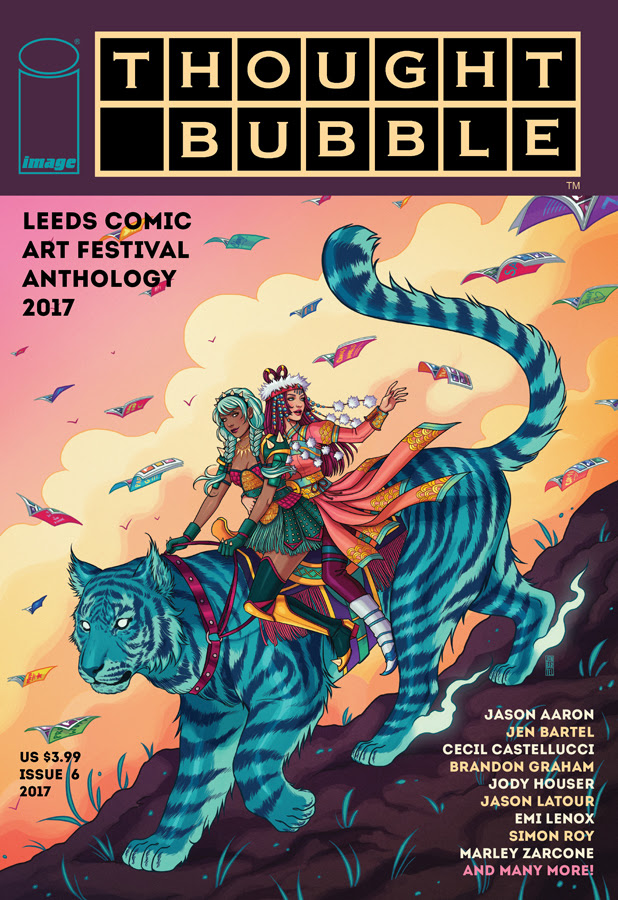 The cover alone is worth the price. Now we want a blue tiger.

Image Comics is pleased to announce the THOUGHT BUBBLE 2017 ANTHOLOGY #6, which will feature some of the top creators in the industry and will benefit the children’s charity Barnardos. It will be available this September.

The THOUGHT BUBBLE 2017 ANTHOLOGY is a collection of new short stories by some of the best in the business for the UK’s Thought Bubble Comic Art Festival, which takes place in Leeds, Northern England from 18th to 24th September 2017.