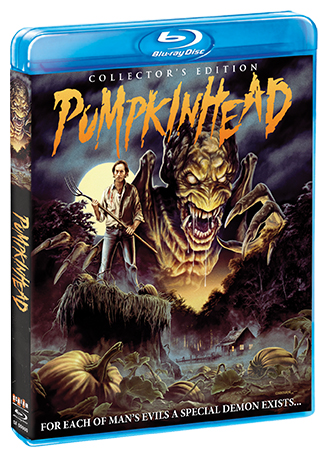 For each of man’s evils a special demon exists…

When a group of teenagers inadvertently kill his only son, Ed Harley (Lance Henriksen, Aliens) seeks the powers of a backwoods witch to bring the child back to life. But instead, she invokes “the pumpkinhead” – a monstrously clawed demon which, once reborn, answers only to Ed’s bloodlust. But as the creature wreaks it’s slow, unspeakable tortures on the teens, Ed confronts a horrifying secret about his connection to the beast – and realizes that he must find a way to stop its deadly mission before he becomes one with the creature forever.