Author Brad Meltzer has written everything from novels of intrigue (such as The Book of Fate and The Tenth Circle) to riveting comic book yarns (see his game changing Identity Crisis for DC Comics) to biographies (like his wonderful I Am series of books). Now he’s looking toward a piece of history about Abraham Lincoln that many Americans may not know in his and historian Josh Mensch’s new novel The Lincoln Conspiracy: The Secret Plot to Kill America’s 16th President⁠—and Why It Failed, out today from Flatiron Books. 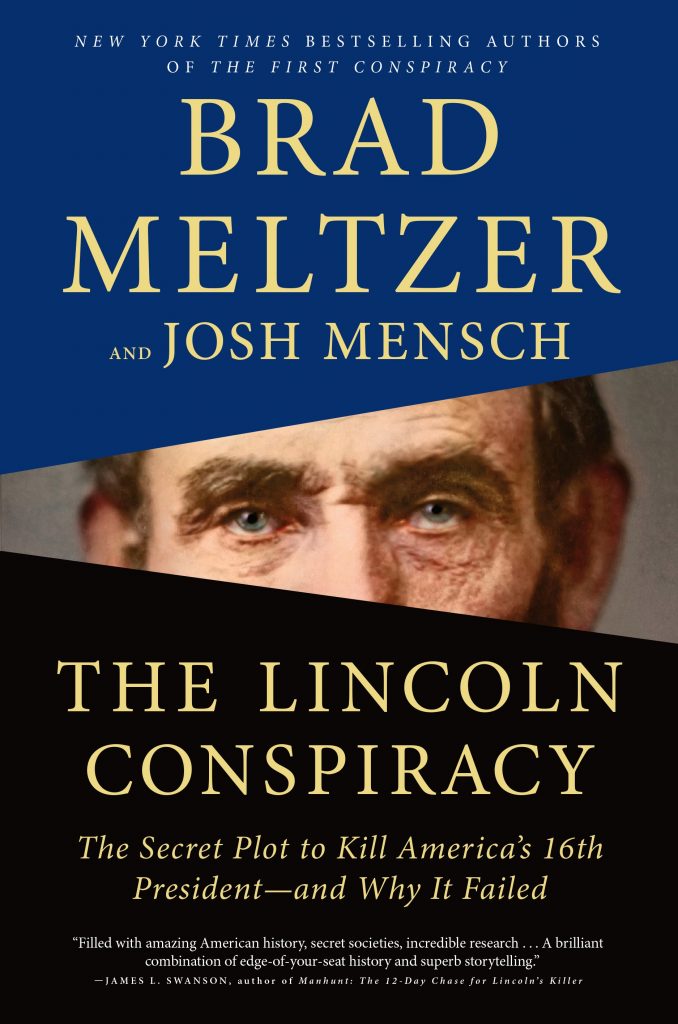 Knowing that everyone is quarantined and maybe going a hair stir-crazy, Mr. Meltzer released a sneak peek of the first chapter to take a gander at and to entice us to read the rest of the yarn.

You can find the release here on Meltzer’s website!

From the book description:

The bestselling authors of The First Conspiracy, which covers the secret plot against George Washington, now turn their attention to a little-known, but true story about a failed assassination attempt on President Lincoln

Everyone knows the story of Abraham Lincoln’s assassination in 1865, but few are aware of the original conspiracy to kill him four years earlier in 1861, literally on his way to Washington, D.C., for his first inauguration. The conspirators were part of a pro-Southern secret society that didn’t want an antislavery President in the White House. They planned an elaborate scheme to assassinate the brand new President in Baltimore as Lincoln’s inauguration train passed through en route to the Capitol. The plot was investigated by famed detective Allan Pinkerton, who infiltrated the group with undercover agents, including one of the first female private detectives in America. Had the assassination succeeded, there would have been no Lincoln Presidency, and the course of the Civil War and American history would have forever been altered.