“If Dark Days: The Forge #1 is any indication of what’s to come in Dark Nights: Metal, it’s clear that DC’s Rebirth era has firm grasp of what makes for a big, bold, high-stakes event comic yarn.” 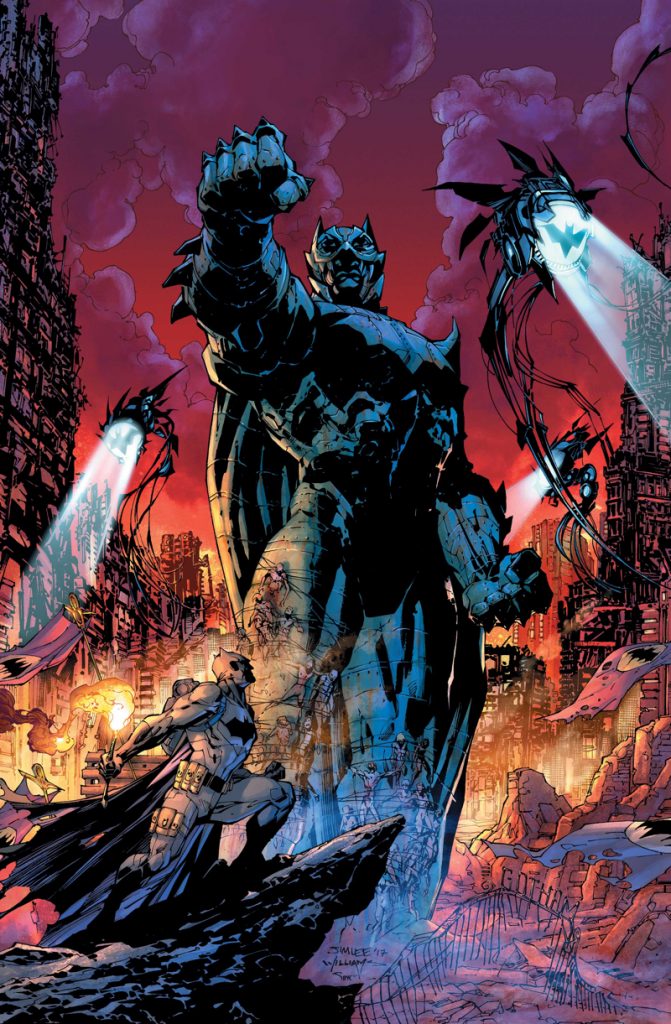 After months of teasing, DC Comics kicked off its epic event Dark Nights: Metal this week with the launch of a prologue, Dark Days: The Forge #1, written by Scott Snyder and James Tynion IV with Jim Lee, Andy Kubert, John Romita, Jr., Scott Williamson, Klaus Janson, and Danny Miki on art. With the company’s first foray into a universe-spanning tale this expansive since its company-wide “Rebirth” relaunch, there’s always the danger that shooting the moon like they publisher is clearly intent on doing could have been a mixed bag. However, with the all-star creative team DC has brought in guide the reins, there was never really a gamble at all, if Dark Days: The Forge is any metric.

The prelude opens with Carter Hall—the winged hero known as Hawkman—recounting via journal tales of his past, ruminating on his encounter with Nth metal changed the worlds of himself, his love, and his adversary, linking them inextricably together forever. Fast forward to present day, in which the Batman has been investigating the mystery behind Nth metal for reasons not all that clear. 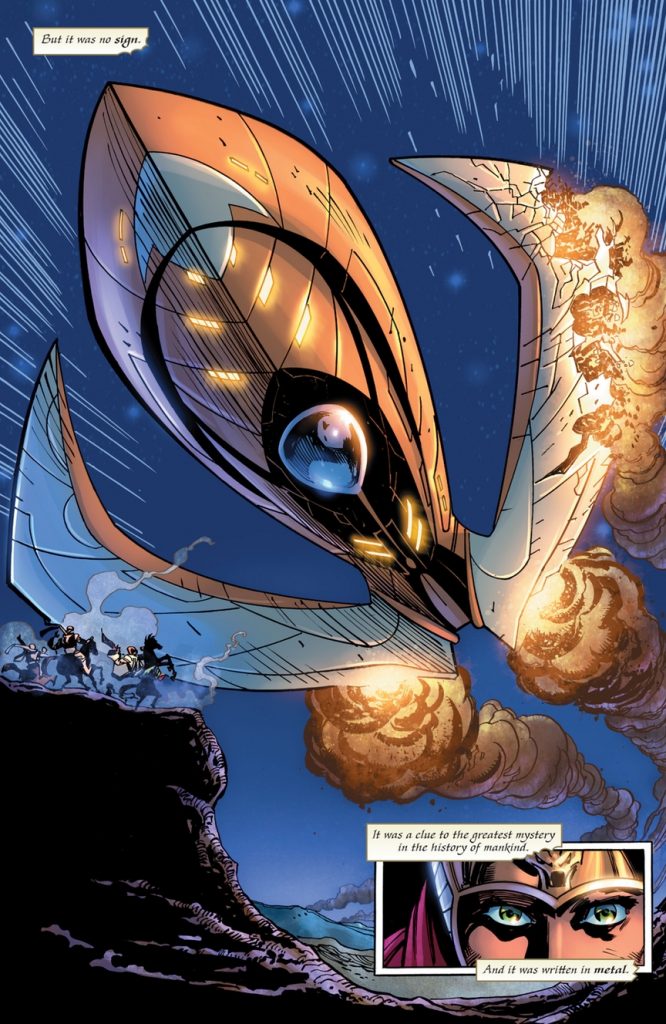 Regardless of the Dark Knight’s clarity, however, forces from across the universe know that he’s getting close to whatever truth the Nth metal possesses and have designs on stopping him before it’s too late. Green Lantern Hal Jordan is dispatched to the Batcave to talk to Bruce, but only finds his current sidekick Duke Thomas. While the pair investigate the catacombs of a secret Batcave discovered within the Batcave, the Caped Crusader travels to a private room within Superman’s Fortress of Solitude, revealing something that could signal that Batman is playing with forces far beyond even his vaunted understanding. 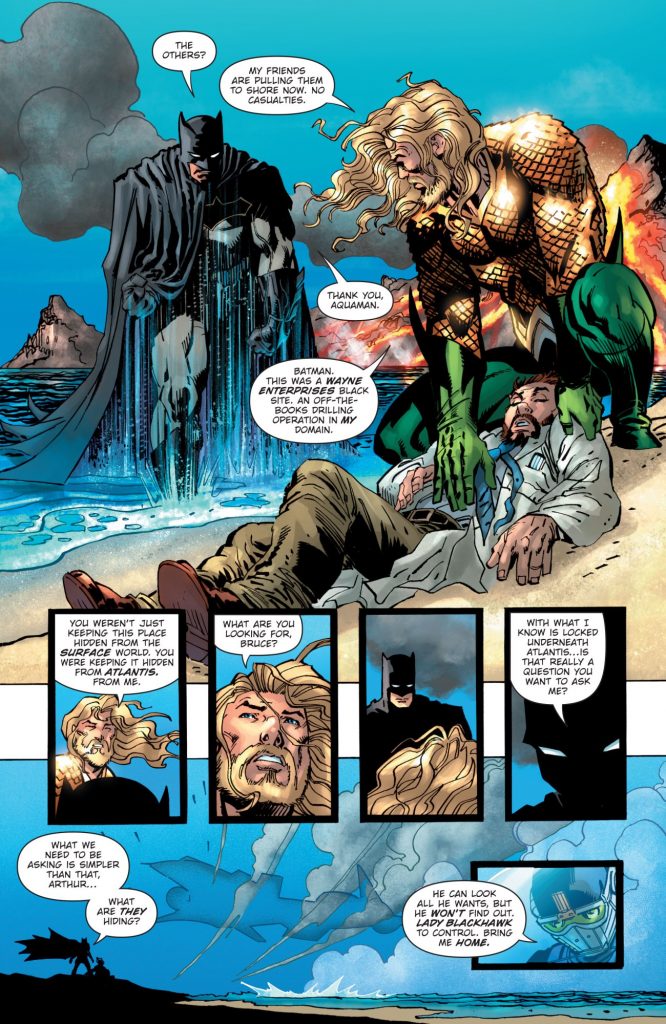 It’s clear that Snyder and Tynion IV are taking the opportunity of steering the ship of their first company big event yarn to explore big ideas and play with the wide array of toys that the DC Universe has to offer. While this feels very much a Batman-centric tale—which, given Synder’s experience with the character, makes sense—folks like Mister Miracle, Mister Terrific, and Hawkman are all given opportunities to spread their wings—no pun intended. At the same time, the whole issue, from page 1 to page 30, feels… grandiose. Snyder and Tynion IV seem to appreciate that when you bring so many characters from sometimes-disparate corners of the DCU together, the stakes, the settings, the threats—they all have to be majestic. We’re transported to vistas ranging from the dawn of time to ancient Egypt to the Batcave to the Fortress of Solitude to plains existing outside Batman and company’s realm. Even the T. rex in the Batcave feels particularly looming, thanks to Lee’s stunning art and intimate history with and understanding of All Things Bat. Nods to Grant Morrison’s Final Crisis and Geoff Johns’ Infinite Crisis make clear that they’re serious about one of their missions, to keep an eye on the history of the DCU and pay respect and homage to it, not just as lip service but also by way of incorporating the past into the future.

A danger of constructing a prelude for an event as expansive as Metal is over-teasing readers with hints without giving them a payoff for their troubles. While Snyder and Tynion IV certainly dole out hints and winks and maybes throughout the course of the issue, it never becomes annoying or maddening. Quite the opposite; when we see Batman investigating the origins of the Nth metal, we’re given just enough of a peek behind the curtain to not feel like we’ve gleaned nothing new, but not enough to spoil the whole conceit of the book. We still don’t know what role the Nth metal will play in crafting the dark future the cover hints at, but Snyder and Tynion IV do provide enough foreshadowing to allude to the idea that Batman may have pulled the string of the conundrum a bit too hard. It’s that kind of storytelling restraint that have made Snyder and Tynion IV industry titans.

A word needs to be said about Hawkman’s presence in the issue. With all of the talk of Nth metal woven throughout the one-shot, it makes narrative sense that the character would be a lynchpin right away. However, Carter Hall is a hero with a long, convoluted, and sometimes-meandering history, ladled with multiple origin stories, which is why some writers tend to eschew fiddling with the man at all. Still, like writer Geoff Johns’ treatment of the character before them, Snyder and Tynion IV distill Hawkman down to his most basic essence in such a way that someone who only has a passing familiarity with the hero can comprehend. Kubert’s rendering of the masked manhunter and archaeologist adds a weight to Carter’s journal entries and elevates the character to the iconic place he deserves to occupy. 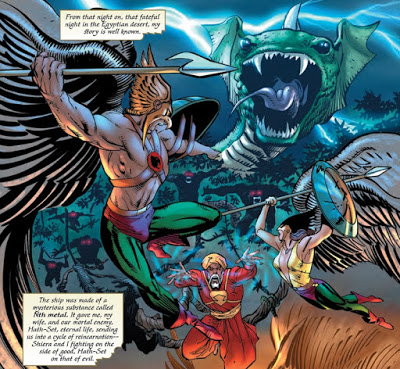 Which brings us to the beautiful eye candy Dark Days: The Forge gifts readers. When you’re going to tackle the prelude to a universes-spanning comic book epic like Dark Days: The Forge, you’re going to want to call upon industry art veterans who know their way around a comics event. Hence, it makes sense that DC would employ the talents of Jim Lee, Andy Kubert, John Romita, Jr., Scott Williamson, Klaus Janson, and Danny Miki to help kick off Metal. While there’s sometimes an issue of jarring inconsistency with multiple artists providing pencils and inks on one comic book, the creative team are masters of their craft and their art is so stunning and grand that there’s never a problem with a reading disconnect. From Kubert’s stunning vistas and archaeological bric-a-brac featuring Hawkman to Lee’s breezy grasp of detailed sci-fi elements, the artists give Dark Days: The Forge the weighty gravitas the book deserves. And Alex Sinclair and Jeremiah Skipper’s color palette makes the otherworldly elements of the book pop, while giving an appropriate haunting overcast to some of Batman’s more clandestine dealings.

If Dark Days: The Forge #1 is any indication of what’s to come in Dark Nights: Metal, it’s clear that DC’s Rebirth era has firm grasp of what makes for a big, bold, high-stakes event comic yarn.

From the official issue description of Dark Days: The Forge #1:

DARKNESS COMES TO THE DC UNIVERSE WITH THE MYSTERY OF THE FORGE! Aquaman, The Flash and more of DC’s pantheon of heroes suspect Batman of hiding a dark secret that could threaten the very existence of the multiverse! It’s an epic that will span generations—but how does it connect to the origins of one of DC’s most legendary heroes?

Review: DARK DAYS: THE FORGE #1
If Dark Days: The Forge #1 is any indication of what’s to come in Dark Nights: Metal, it’s clear that DC’s Rebirth era has firm grasp of what makes for a big, bold, high-stakes event comic yarn.
9Overall Score
Reader Rating: (0 Votes)
0.0