Pop culture has repeatedly been unkind to its transgender characters. Too often, creators of TV and cinema have portrayed transgender people using mean-spirited “humor” or relied on lazy storytelling tropes that advanced the character development of cis, straight men and women. 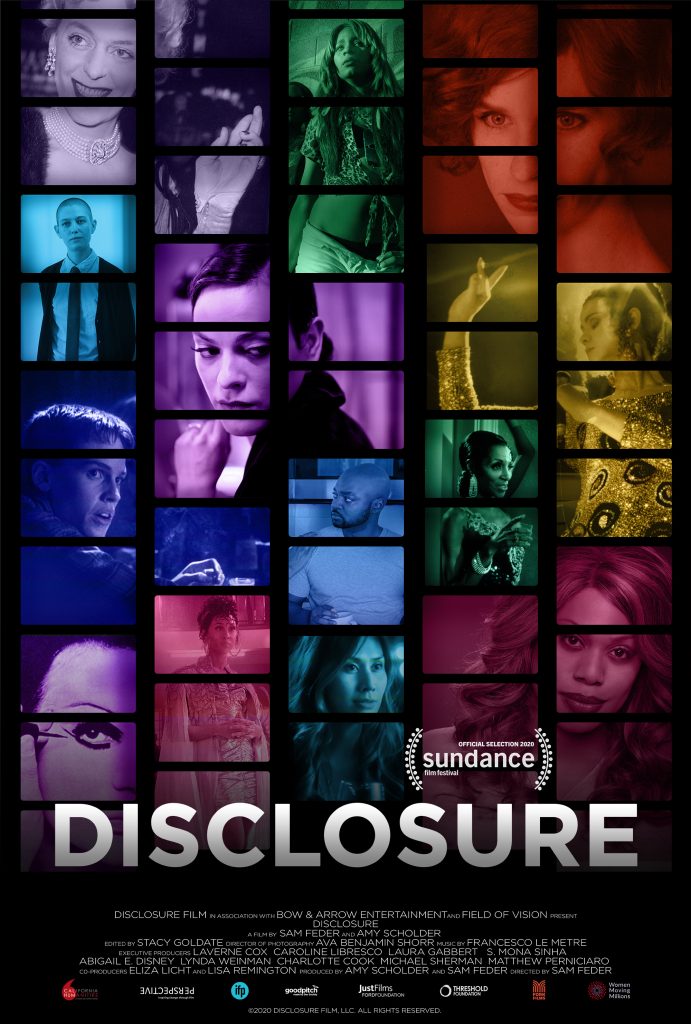 It is those portrayals and storytelling that move most of the focus of the documentary Disclosure: Trans Lives on Screen, now streaming on Netflix. Debuting in the middle of Pride month, Disclosure showcases a number of trans people in the entertainment industry who discuss both the history of trans representation and how that representation impacts attitudes toward the community off and on screen. Actors including Orange Is the New Black star Laverne Cox (who acts as executive producer for Disclosure), Trace Lysette (Transparent), The Matrix co-director Lilly Wachowski, and author/professor Susan Stryker lead viewers down the quite rocky road of trans representation on the big and small screens, stretching as far back as D.W. Griffith’s Birth of a Nation, which was monstrous in its depiction of trans people as well as African Americans.

From that starting point of Nation, the documentary’s commentators (all of whom are trans) detail how trans people, time and again, have been used in pop culture as horrific comic relief, as people to be reviled, and/or as plot touchstones to move along the character development of cis men and women. Everything from Nip/Tuck to Ace Ventura: Pet Detective to ER is referenced and shown just how offensive and dehumanizing filmmakers have been and can be to the trans community. Oscar-nominated films such as Boys Don’t Cry and Dallas Buyers’ Club are also taken to task for their Black trans erasure or use of trans characters purely as narrative devices.

That representation is important, as what we see on film can have a profound impact on our outlooks and mindsets in how we navigate the real world outside of celluloid spectacle. The dehumanizing ways in which trans people are shown in pop culture translates to violent hate crimes against the community. As the commentators suggest, violence is more prevalent against trans people when they are “othered.”

But the documentary also notes the strides that the trans community has made on screen despite the long road to more robust representation. Once tone-deaf questions about gender reassignment surgery that some trans people undergo from folks like Oprah and Katie Couric are becoming less the norm in interviews. Actresses like Cox and Lysette are being offered more well-rounded roles that recognize the agency and personhood of trans people as people. And while there’s still much work to be done (see J.K. Rowling’s recent comments, for example), the documentary’s commentators share the successes and celebrate them when they come.

I don’t know if a single, two-hour documentary could cover all the ways in which transgender people have been depicted in pop culture, but that’s not the documentary that the creators of Disclosure have set out to make. Rather, they want to implore the audience to consider who we are seeing when a transgender character in media and how and why that representation matters. Just as any other human, transgender people deserve to see themselves onscreen represented in a positive light and as fully-formed identities, not parodies or plop points.

I’m not the only one who’s noticed that we sorely have a deficit in empathy in the United States and the wider world. What I love more than anything else about Disclosure is the focus on empathy, on asking the audience to consider the feelings of others when either producing or digesting entertainment. Too often, those displaying lack of empathy will lob insults of “snowflake” at people offended by something displayed on screen. Disclosure wants to remind folks that transgender people, just like everyone else, are real humans with real feelings and real hurts. Is it really asking too much to want respect? To want to be seen as a fully-formed person?

I’m a white cisgender straight guy who’s approaching 40-years-old who’s been represented in a positive light plenty of times in pop culture. It’s asking the BARE minimum for transgender people to feel that same sense of being seen as I do.

Disclosure: Trans Lives on Screen is now streaming on Netflix.

From the official documentary description:

In this documentary, leading trans creatives and thinkers share heartfelt perspectives and analysis about Hollywood’s impact on the trans community.