Since first encountering the alien symbiote in Marvel’s Secret Wars #8, Spider-Man’s life has been in a roller coaster of turmoil and regret: from Peter Parker’s guilt over the negative influence the symbiote had on Peter’s actions to the part he played in the creation of Venom. The creation of Venom notwithstanding, Peter was fortunate that he was able to wrest himself free of the alien’s increasingly tight grip on his mind and body.

However… what if Peter hadn’t freed himself of the symbiote? 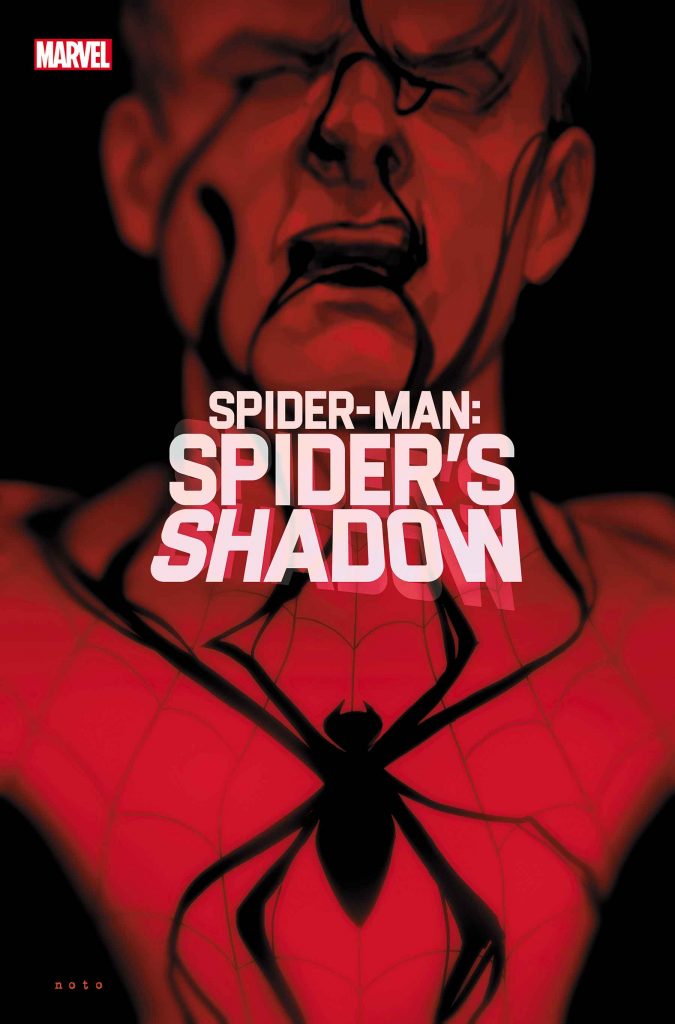 It’s a question that has been posed in variety of Marvel Comics tales, both in continuity and outside the “prime” Marvel universe, and it’s one that’s the subject of last week’s Spider-Man: Spider’s Shadow #1. Brought to life by the creative team of writer Chip Zdarsky, artist Pasqual Ferry, colorist Matt Hollingsworth, and letterer VC’s Joe Caramagna, with a cover by Phil Noto, Spider’s Shadow #1 is the first issue in a four-issue limited series and the inaugural book to kick off the revitalization of Marvel’s What If… brand. As a child of the 1980s during the What If… series heyday, I was all sorts of jazzed to hear that the concept was returning for a new generation of readers to experience the kind of “butterfly effect” storytelling that made What If… such a mainstay. 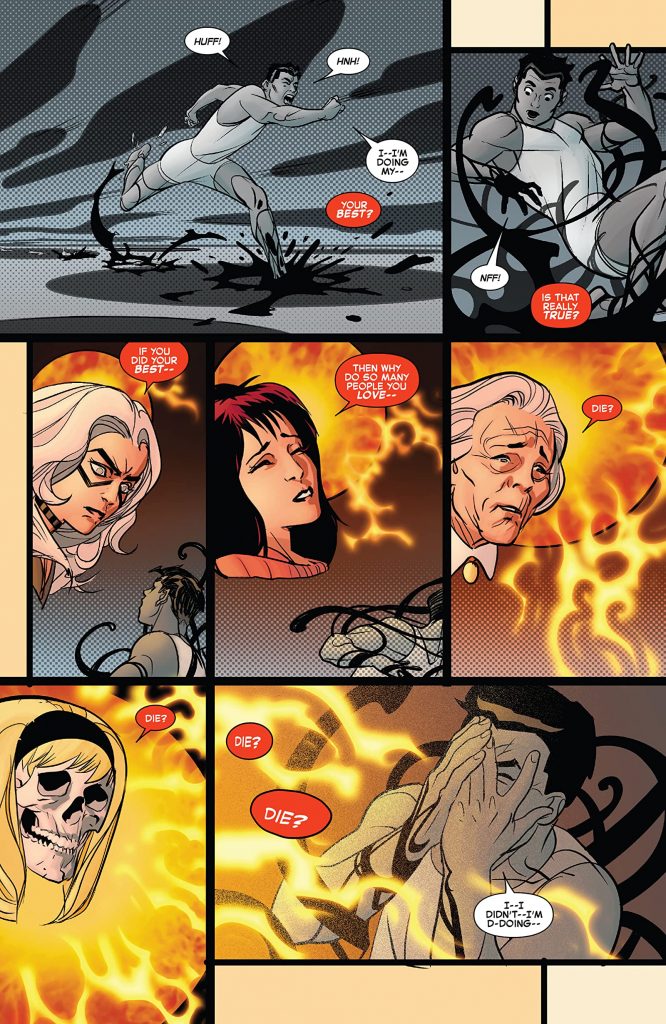 Beyond that, however, the creative team is stacked, led by Zdarsky, who spun some of the most compelling yarns in years with his Peter Parker: The Spectacular Spider-Man run, not to mention is work on Spider-Man: Life Story. Zdarsky has shown repeatedly that he understands that it doesn’t matter what trappings of gimmicks you throw at the Spider-Man concept: if you don’t get the core of Peter Parker is, a Spider-Man story will fall apart.

Which leads us to Spider’s Shadow #1. Any depiction of Peter Parker being fully possessed by the alien symbiote never turns out well, and what we see in this first installment is no exception. However, Zdarsky knows that in order for the fall of Peter to have any weight to it, we need to see at least something of the ascent to the precipice from which he tumbles. Because Zdarsky and company have four issues to play with, they can build to a climax that feels like an even greater kick to the stomach when it inevitably happens. 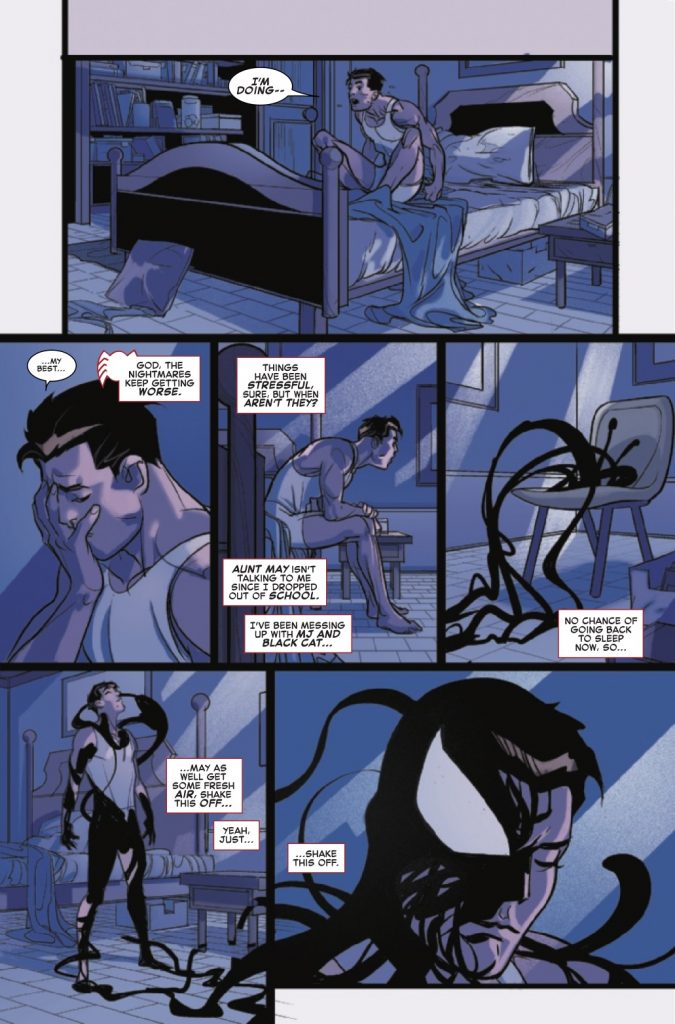 Anything I say about that tragedy will take away from the emotional impact and spoil you, so instead we’ll focus on the creative team. As mentioned, Spider’s Shadow works so well because Zdarsky has such a firm handle on who Peter Parker is: a decent man who’s also human and who, despite his powers, can be fallible and to human needs and human fears and human frustrations. Those needs and fears and frustrations hurt all the more because those are mirrored (on a grander, more operatic scale) of what we feel. And it doesn’t hurt that Ferry is such a nimble artist, who is equally comfortable with sweeping action and smaller character moments. (And Ferry’s character redesign of one cast member made me audibly gasp.) Colorist Matt Hollingsworth adds to the drama, with every scene just a little darker than it might be otherwise–even a chat with Aunt May–to give the feel that the darkness that Peter is succumbing to. And letterer Joe Caramagna knows when to skew the dialogue on the page just enough to suggest conflict, especially between Spidey and the symbiote.

Spider-Man: Spider’s Shadow #1 takes a familiar conceit and throws some polish on it for folks who have seen it all before. If issue one is any indication, I can’t wait to see what the next three chapters bring.