How would the world respond to the sudden disappearance of 300,000 people, gone in the blink of an eye? How would culture and civilization change in response to that disappearance? Those are some of the questions that comic creator Robert Kirkman explores in his new series Oblivion Song, on sale now from Image Comics.

Oblivion Song, which has been described as a science fiction take on the 9/11 terror attacks and their aftermath, looks at the world’s response to the vanishing of a significant portion of Philadelphia’s population a decade prior to the start of the book’s first issue. After discovering that those people were transported to an alternate reality hellscape called Oblivion, a rescue effort commences to retrieve as many displaced Philly residents as possible. Led by Nathan Cole, several people have been recovered from Oblivion, while, at the same time, Nathan keeps hoping to find his missing brother. His hopes may be dashed, however, as the government is considering ceasing further missions, as fewer and fewer people are being found on those ventures to that dimension.

During a recent conference call, Mr. Kirkman spoke to me briefly about how culture and society is affected by the Oblivion event and how Nathan grapples with being left on Earth while his brother was one of those taken during the great disappearance. 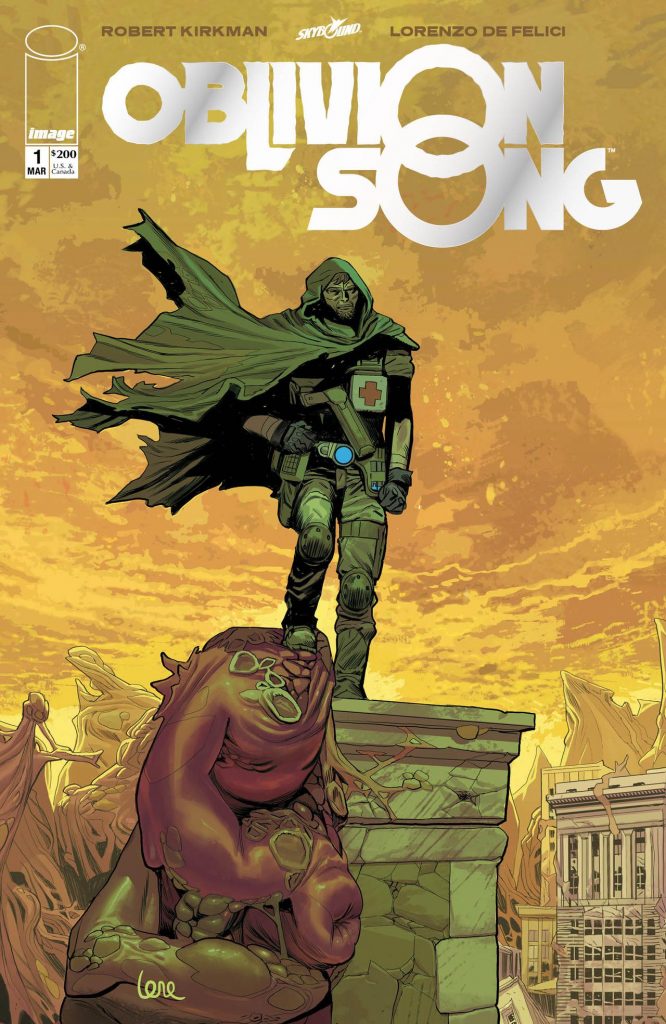 FreakSugar: In Oblivion Song, we see Nathan saving people trapped in Oblivion, but others have pointed out that he’s more motivated with finding his brother. How much are you going to be exploring the role survivor’s guilt plays in his actions?

Robert Kirkman: Survivor’s guilt is a pretty core concept of the story. How much guilt Nathan feels over the situation and how he allows that guilt to drive him is a big part of the storyline in the first arc and beyond. It’s going to be an ever-present arc of the story for a good long time.

FS: An event of this magnitude is bound to affect several aspects of the world, including culture as a whole. Will you be touching on those effects?

RK: Yeah, I’m trying to paint as real a picture here as I can as far as how the world would react to something like this. While in the first arc we mainly only deal with our immediate characters, we do see some glimpses of how other people in world are dealing with this situation. As we move forward in the series, which I plan to have go for a number of years, we will see more aspects of the world as we get deeper and deeper in the story and paint a wider and wider picture of what the situation actually is. 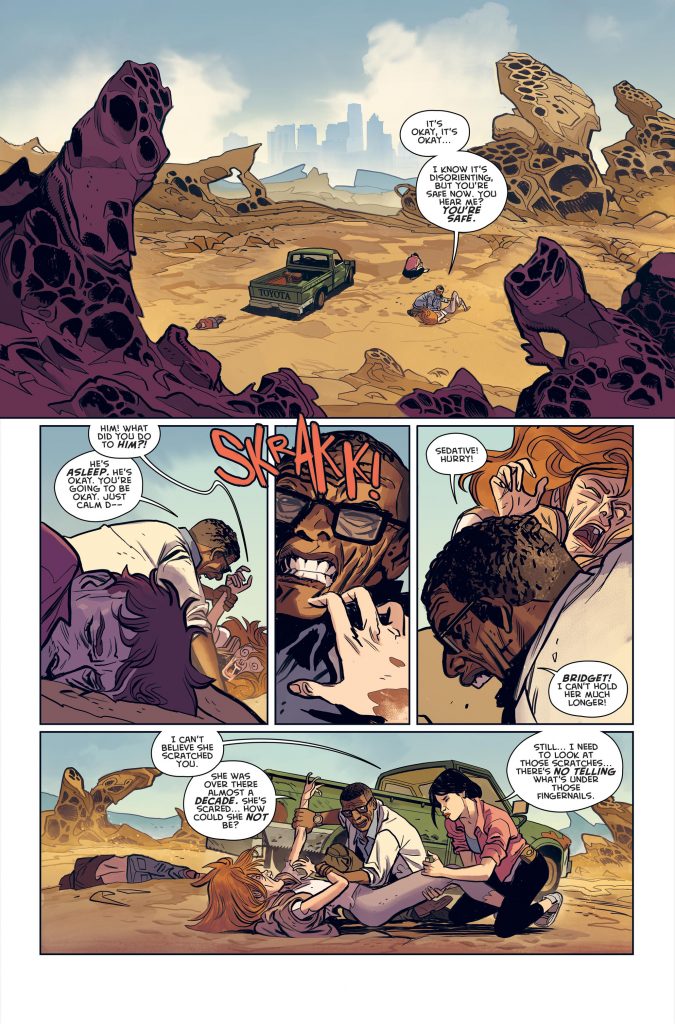 FS: Following up on that, in issue #1, in a scene at memorial for those who vanished, we see a religious extremist railing against the idea of saving people from Oblivion, saying that they were sinners and hellbound and should remain there. Will you be looking at how faith and religion have been influenced by the Oblivion incident?

RK: We’re going to be exploring all walks of life and how they view this incident and how their belief systems or personalities would direct how they perceive all this. That guy at the memorial is more or less supposed to be portrayed as a crackpot. He’s yelling at people waking by and isn’t meant to represent all religious people. We will be digging down deep and looking at how all walks of life would be affected in every single way.

Oblivion Song #5, written by Robert Kirkman with Lorenzo De Felici on art, is on sale now from Image Comics. The trade paperback of the collected first story hits newsstands on September 12th.

From the official issue description of issue #5:

Things in Oblivion are heating up as Nathan deals with danger on all sides. 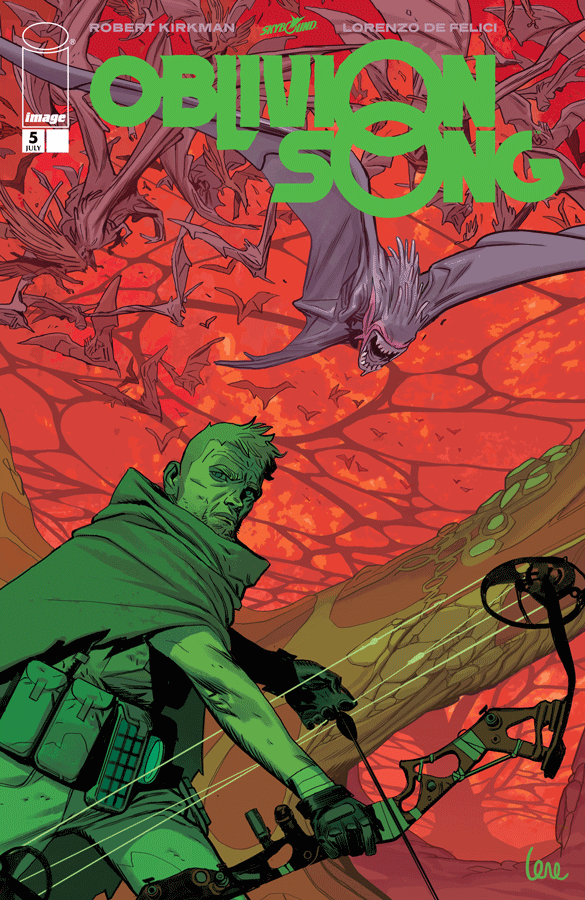