Writer and artist Stephan Franck’s Kickstarter campaign to bring to life the third volume of Silver, his Ocean’s 11-esque caper that has con men and women eyeing treasure from Dracula’s castle, has just eight days left. As of this article, the campaign has only under $600 left of reaching its $12,500 goal, and we have high hopes that his target will be hit, as Franck’s previous Silver volumes are such novel takes on the Dracula mythos that add freshness to that body of vampire yarns that Bram Stoker inspired. Want proof? Mr. Franck just released some teaser pages of Silver volume 3 to ratchet up the excitement. 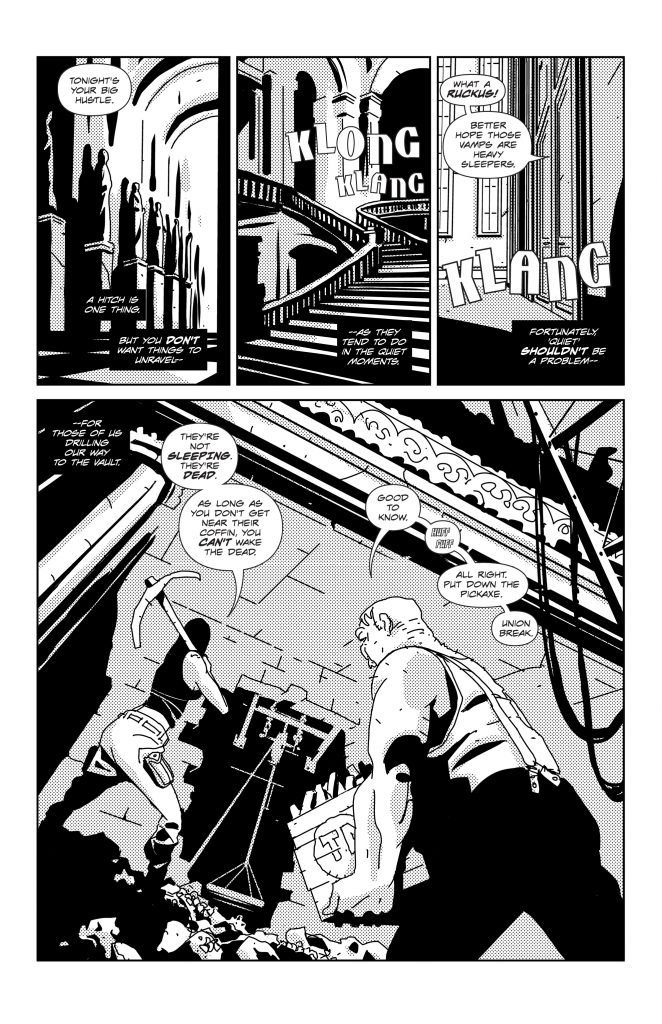 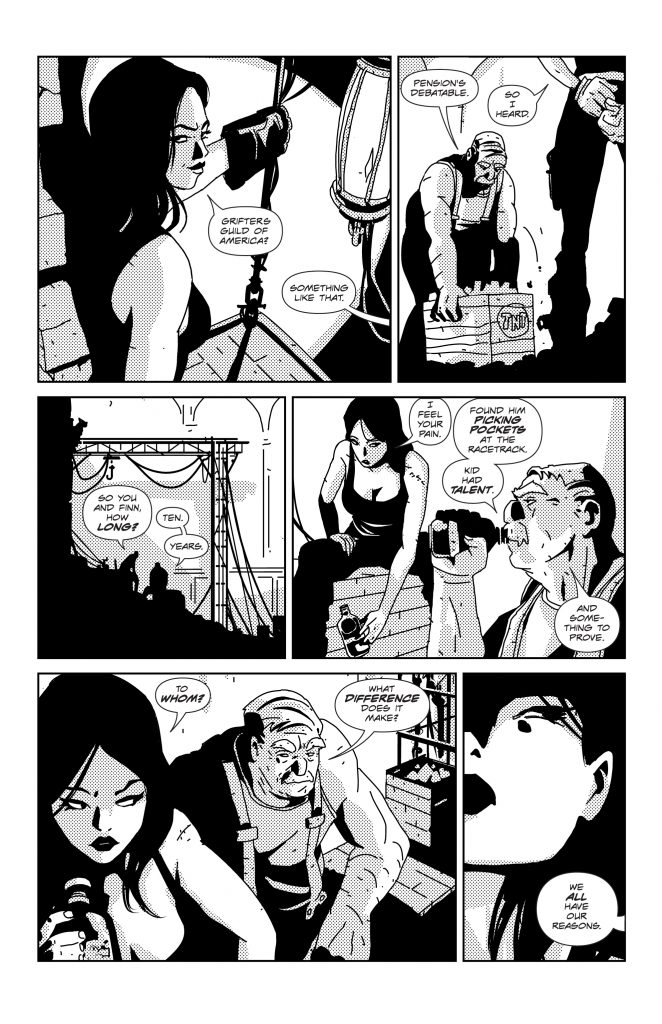 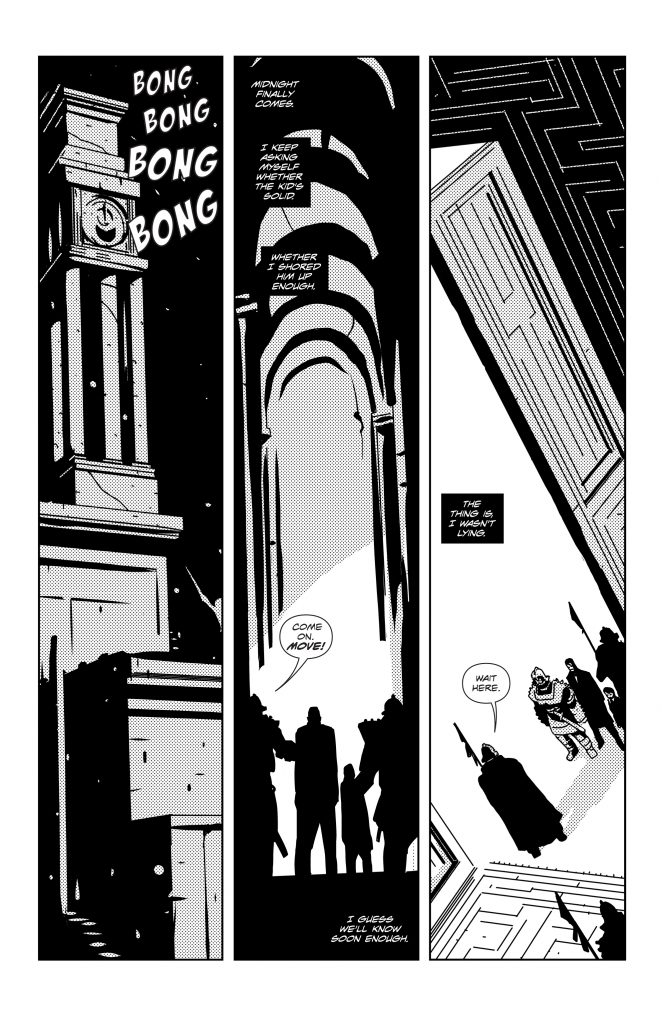 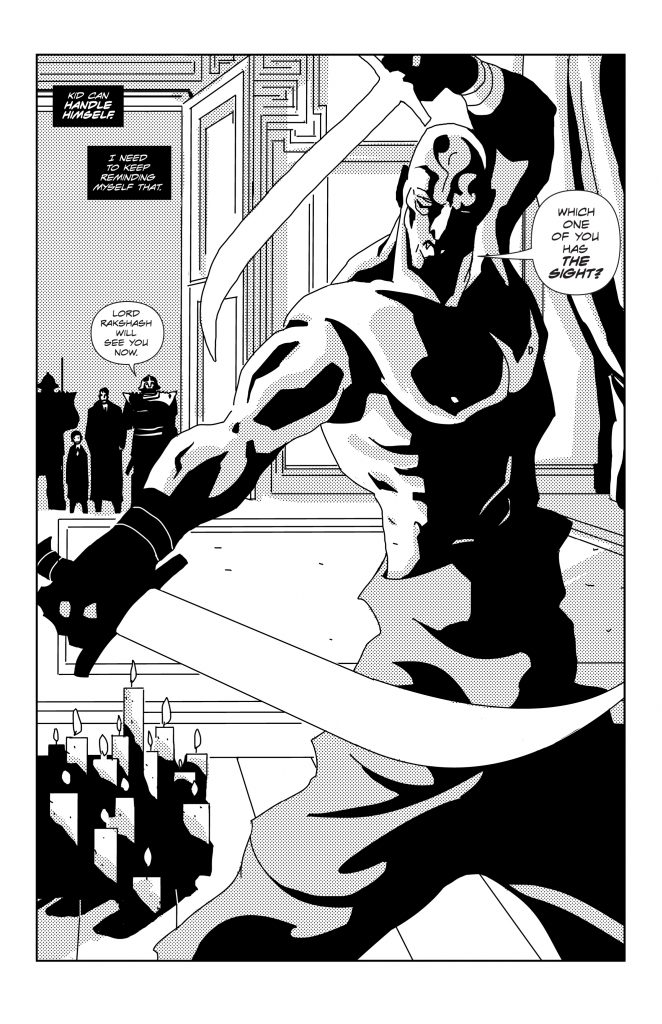 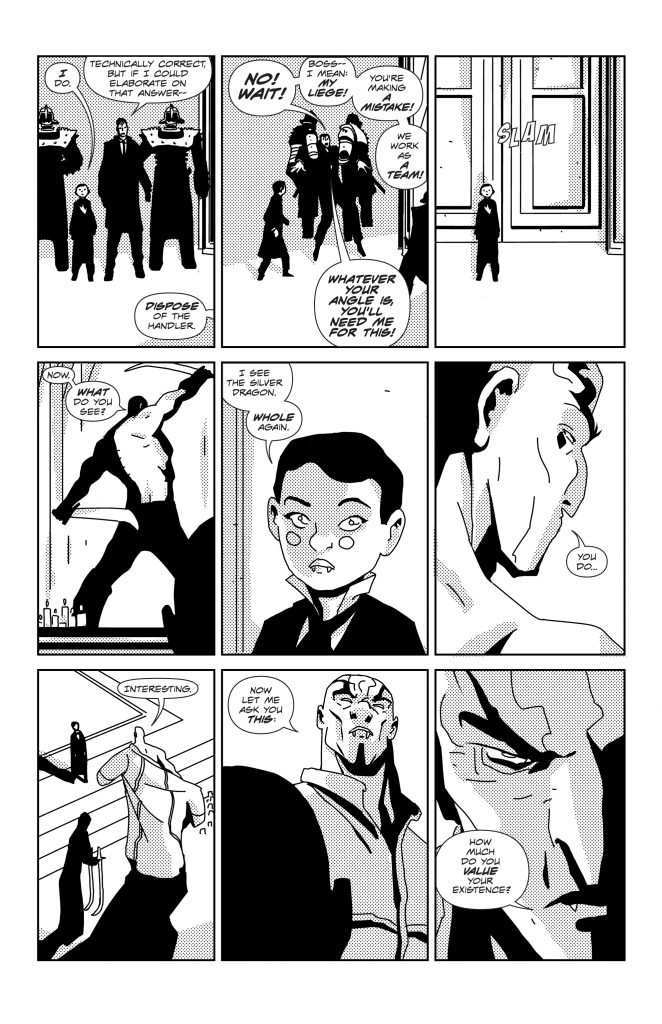 Franck’s linework is gripping and indelibly his own, but has echoes of pulp comic tales, with a European flair that matches perfectly with story that takes place at Dracula’s castle. He creates an almost alien feel to the pages that are familiar enough to pull the reader in and not let go.

In addition to gifting us a look at these stunning renderings, the big news is that Franck has added a second book to the Kickstarter, a 244-page graphic novel focusing on Silver‘s Rosalynd “Sledge” Van Helsing. And no, this isn’t a stretch goal. This is an additional, hefty tome that will come on top of Silver volume 3. Never mind that adding Rosalynd demonstrates what a work horse Franck is, what has us jazzed is that the book will give us greater insight into Sledge’s background and how that past shaped her present as a vampire hunter. Intrigued? Here are a few pages from Rosalynd Franck has released to whet your whistle. 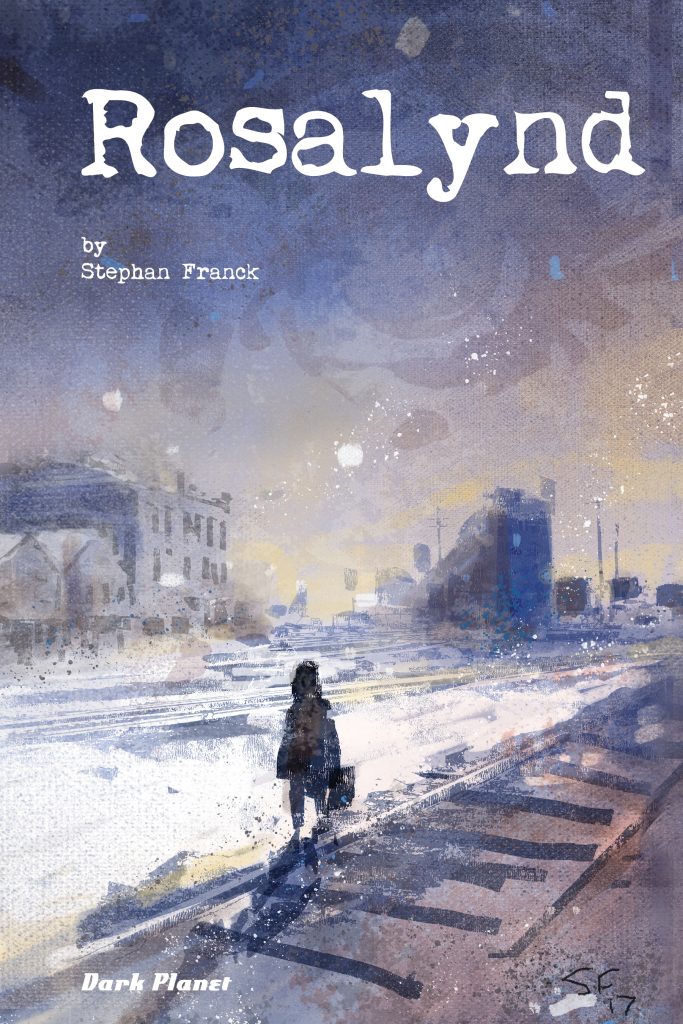 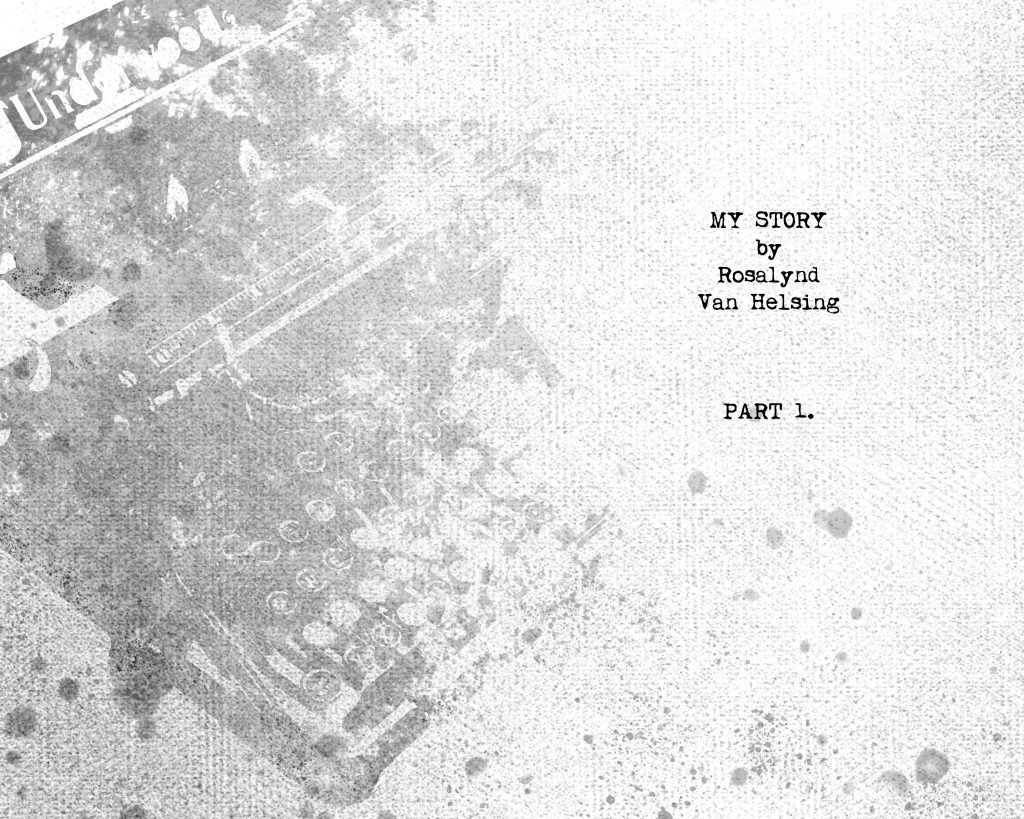 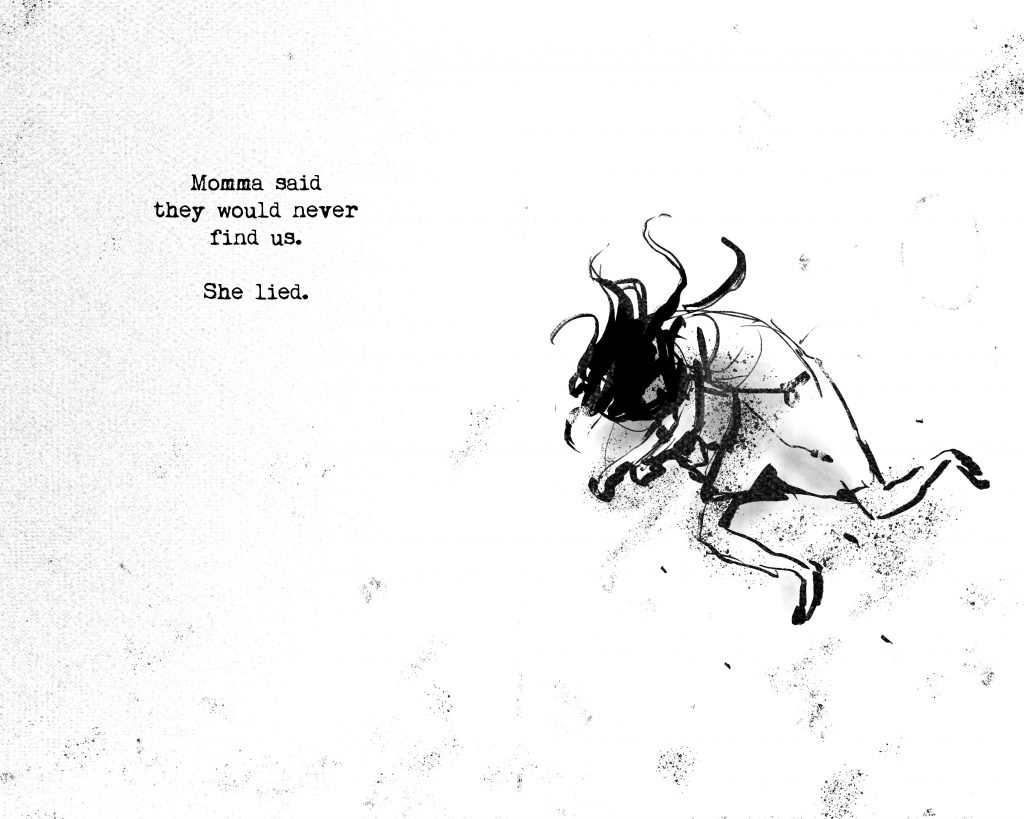 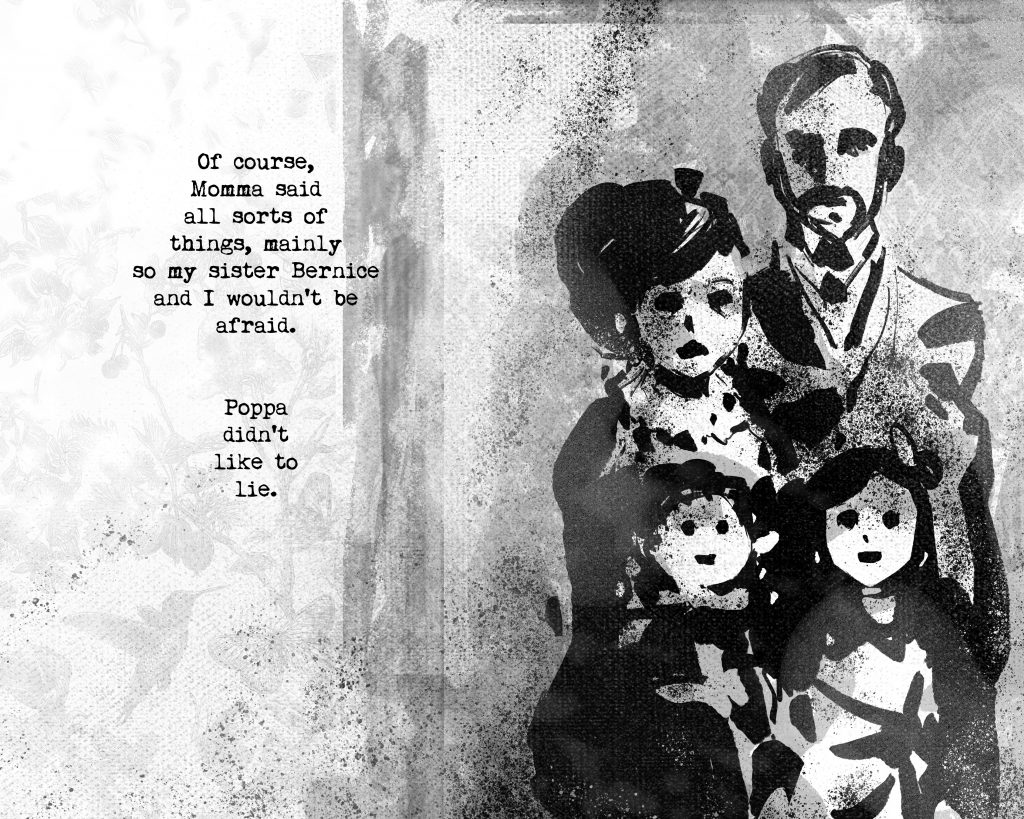 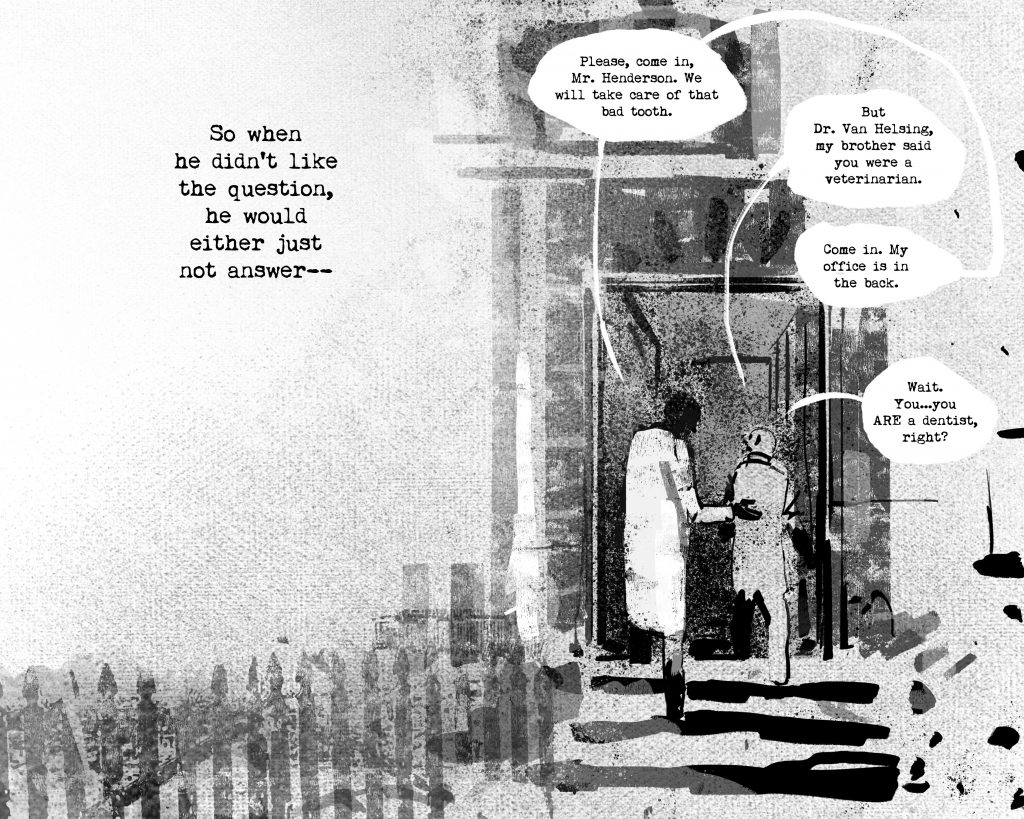 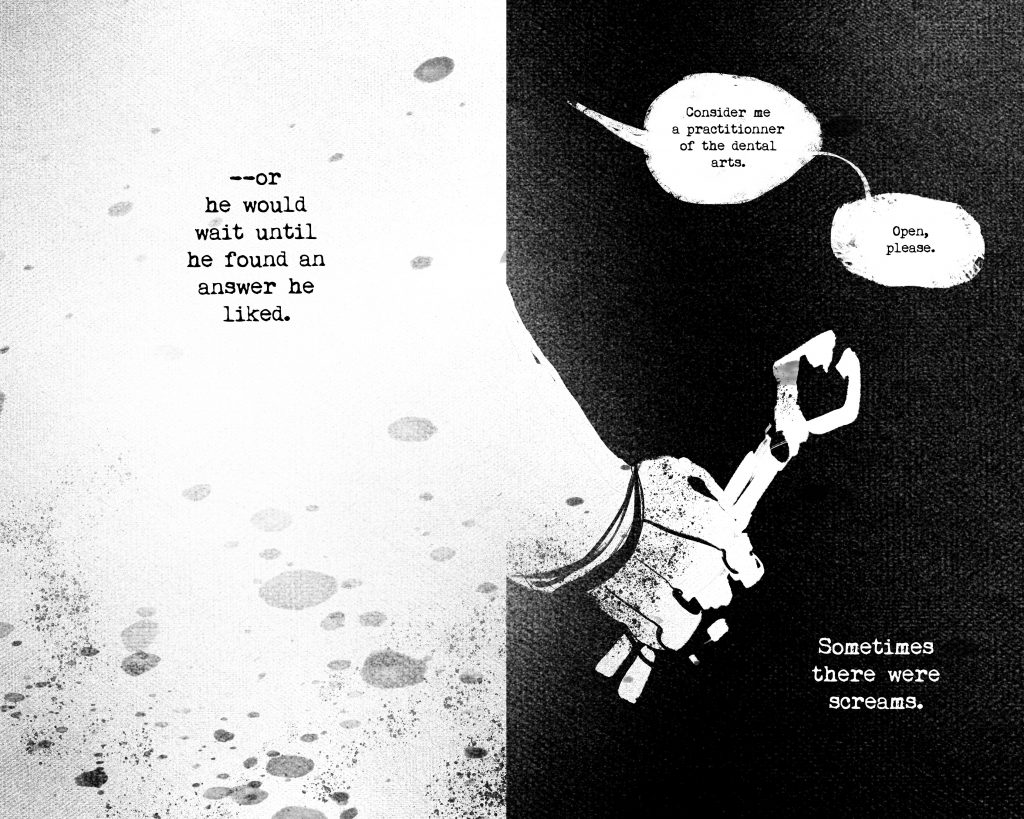 What’s even more impressive in an already impressive endeavor is that the pages for Rosalynd suggest that Franck has switched up his style for this book, giving it an almost ethereal feel that fits perfectly for a tale set in the past. If you want to see more–and sign us up–check out Franck’s Kickstarter page for Silver volume 3, which now includes Rosalynd.

If you’d like to learn more about the impetus behind Rosalynd, Franck explains how his past and family history played a role in how the story took shape:

DEEPER INTO THE SILVER UNIVERSE

Sometimes, a story just wants to be told. It doesn’t care if you have other plans or an already busy schedule. It burns its way through your psyche until you have no choice but to just let it out into the world. That’s what happened to me with ROSALYND.

One of my favorite sequences in Silver Vol. 3 is a flashback. Sledge gets into a trance and is taken back to her childhood’s defining moment—the moment that changed her life forever. Because I wanted to immerse the reader in her surreal experienced, I treated those pages in a style different from the rest of the book—a more deconstructed, stream of consciousness approach. By the time the sequence was completed, a door had been opened into the past, and into this character. And I wanted more.

After months of mental build-up, it all came out as a fever dream. Most of ROSALYND was created during one single business trip out of town, during which I ended up steealing every possible moment, and not leaving my hotel room for entire days of non-stop writing and drawing. I came back from that trip with almost a hundred pages of text and art. It was as if I—just like Sledge herself—had gone into a trance. And something really unexpected happened. Rosalynd became even more personal to me than I thought was ever possible.

THE META FICTION (I WAS NOT EXPECTING TO WRITE)

My maternal family were “wandering Jews” from Bessarabia–the East just beyond the East that Bram Stoker writes about—who fled across Europe throughout the end of the 19th century and the first half of the 20th, and who practiced the dark arts of vodka-making, professional gambling, and dentistry. Theirs was a life perpetually lived as strangers, never knowing when the community they had just settled into would eventually turn on them. And it always did. Yet, they managed to find happiness in family life, during the brief moments that History would allow. And like Van Helsing, my grandfather’s name was Abraham—Abram, actually in the original spelling. He was a badass in his own right too, who escaped from Auschwitz TWICE.  And so just like that, the Van Helsings became a family like mine–only with one extra dark art  of vampire hunting. And maybe, over time, the hunter would have become the haunted and they would have found themselves a family on the run, hoping that if they didn’t attract attention from the living, maybe the dead would forget about them too.

Following my grandparents’ deportation (from which Abram returned but Sara never did), my mother (then 9) and her siblings became “hidden children,” and, often left to their own devices, lived many adventures, in which the evils of the world were processed through the eyes of children. My mother’s childhood accounts of her family being torn apart, a testimony to the whimsical yet unsentimental resilience of children, also somehow became the story of Rosalynd Van Helsing.

Lastly, on an even closer note, Rosalynd is about the special magic of sisterhood. I have three wonderful children, and two of them are daughters. Not only are they incredibly powerful young women, but they are SISTERS. So of course, Rosalynd and her sister Bernice are them. I mean, of course, they are not them. But they are THEM. You know what I mean. They’re them.