The story of the alien symbiote that briefly bonded with Peter Parker is one of the most iconic in Spider-Man lore. Not only is it a visually arresting story arc, but it acts as a parable of the appeal of power and how it can corrupt even the noblest of souls. While the symbiote and Peter ultimately violently dissociated with one another—with the alien bonding with Eddie Brock to become Spider-Man’s long-time antagonist Venom—Spidey and the entity shared a good portion of their lives together for a time.

And not always while Peter was conscious. For while his host was asleep at night, the alien would often use Peter’s body to explore his newfound home of Earth and get up to as-yet-untold exploits and shenanigans.

That is, until now. This September, writer Saladin Ahmed (Exiles, Black Bolt, Quicksilver: No Surrender) will explore what the symbiote would do while in control of Peter’s body in The Amazing Spider-Man Annual #1. Described by Ahmed as a horror story, the issue will look at, among other aspects, the obsessive attachment that the alien had for Peter during that time.

We spoke with Mr. Ahmed recently about the idea behind the story, his take on the Peter/symbiote relationship, his collaboration with artist Garry Brown, and why he thinks people are drawn to the Venom symbiote story.

Also be sure to check out our EXCLUSIVE preview pages of the book posted throughout this interview! 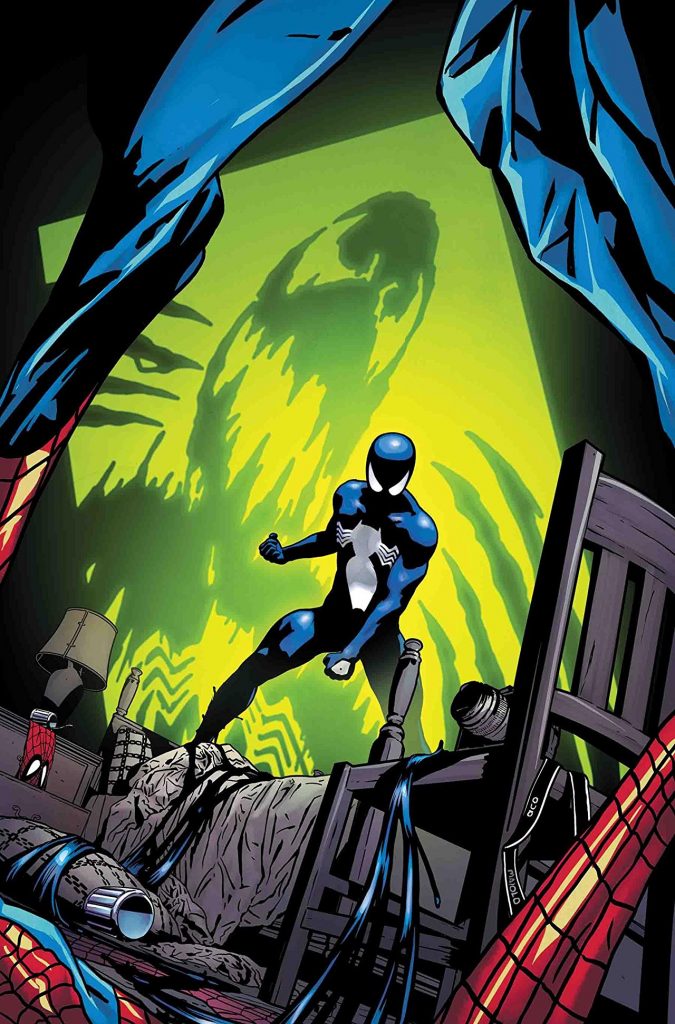 FreakSugar: You’re telling a story of what the symbiote is doing while Peter is asleep. What is it about that particular part of Peter’s life that called to you as a story to be told?

Saladin Ahmed: For me, it was more of a meta question. That period of Spider-Man history in the 1980s—with him having just come back from Secret Wars and the “Gang Wars” storyline and the stuff with the black costume—that was my era of Spider-Man. That was the era where I became a Marvel fan and a diehard Marvel reader.

I could talk about all sorts of thematic stuff that’s internal, but to me is more like a fanboy, “squee” moment. [laughs] I get to explain this moment that I read back in the day that hasn’t been explained. That’s the thrill of working at Marvel. It’s pretty exciting.

I will say, internally, I didn’t know who these writers were back in the day, but I’ve come to know the names of the stories I was into, these street-level Marvel 1980s stories: Tom DeFalco, Ann Nocenti, Tony Isabella. This issue is my tribute to that era of Marvel: that era of gritty, 1980s dirty streets of Manhattan, which was a thing of the past by the time I lived there. [laughs] It’s really a fanboy thing more than anything. 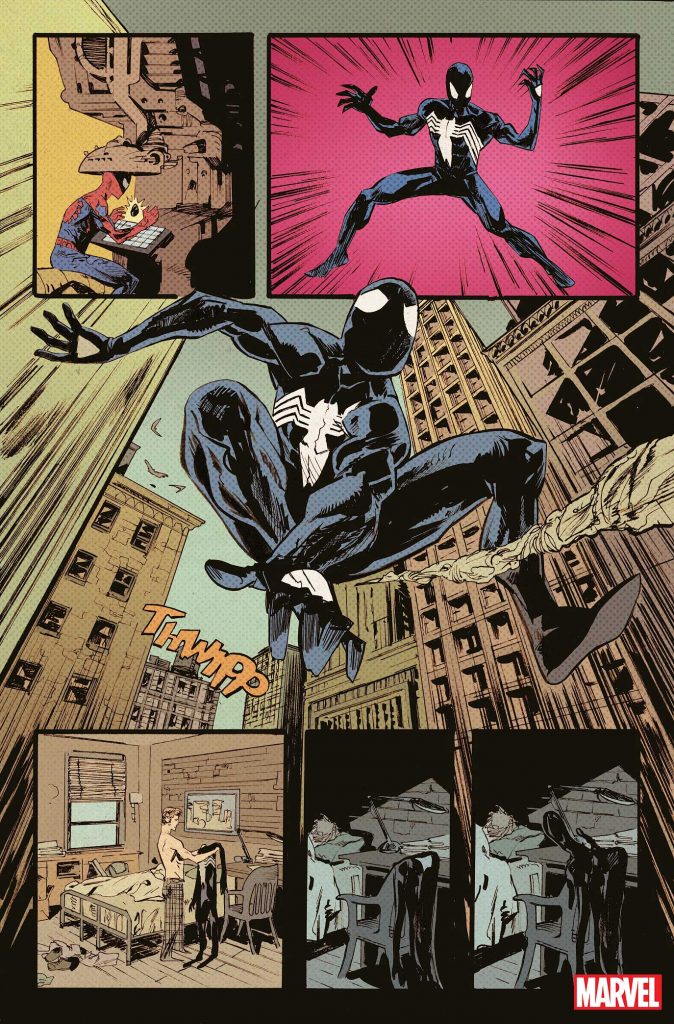 FS: The Peter/symbiote relationship is one that has been explored from different angles over the years. What is your take on their bond?

SA: It’s interesting because we’ve seen this relationship from Peter’s point of view. We’ve seen it later from Venom’s point of view. But there’s this interesting story about this alien creature before it bonds with Eddie. We’ve never seen the world through the symbiote’s eyes. There’s this very brief but interesting moment. We’re looking at through the symbiote’s POV as Peter appears on Battleworld and frees it. To the symbiote’s thinking, it first appears as a friend. It’s a sort of obsessive, kind of sinister affection for Peter and wants to please him, but misunderstands how to do that. There’s a horror story that evolves from that. 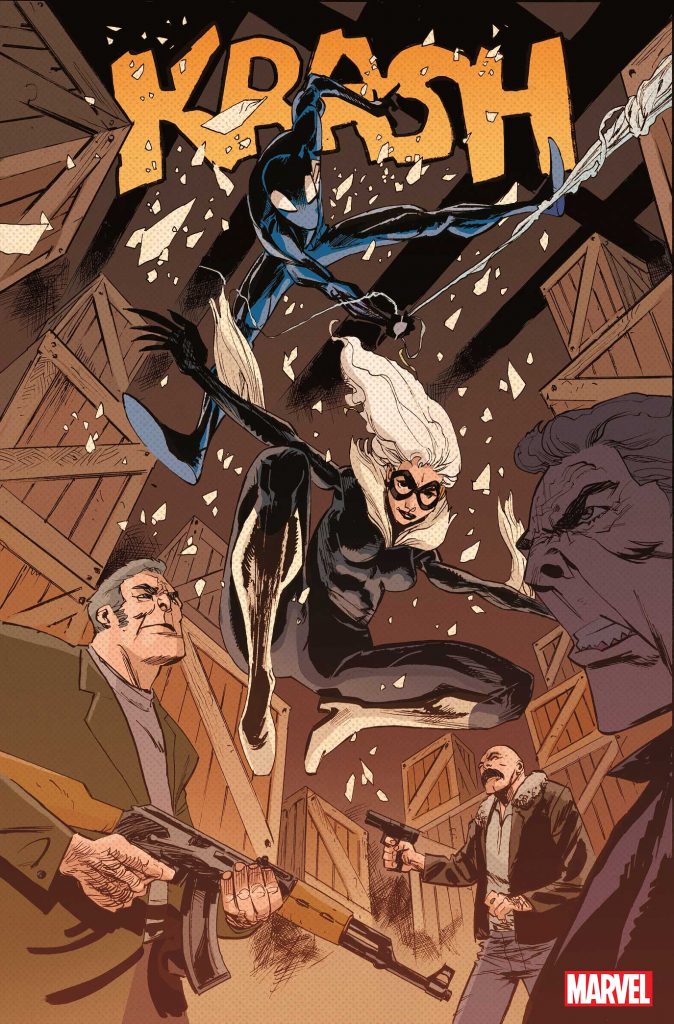 FS: It’s easy to see Eddie and the symbiote combined as a villain, but, really, the symbiote is a creature that’s been yanked from what it knows. You can see why it might be upset.

SA: That’s the story I’m interested in. I’m the person who’s always interested in the point of view of the castaway, the outcast, the thrown away, the ignored. That’s something across my work. It’s Fatal Attraction-like, right? “I will not be ignored!” [laughs] So, it’s a self-contained tale that Marvel-heads will know what came before it and after. 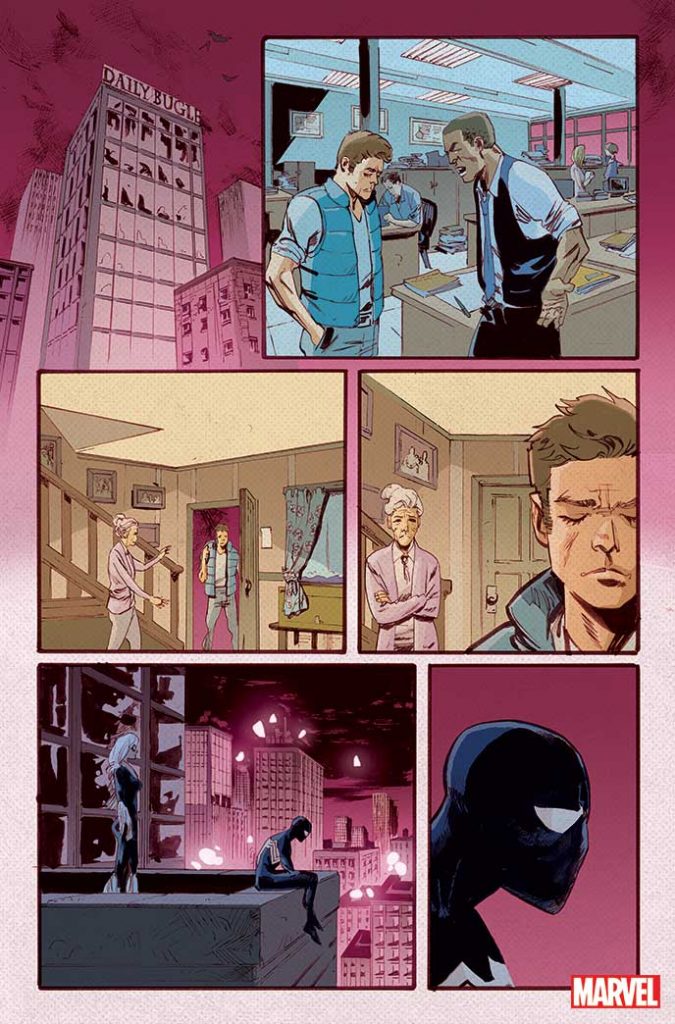 FS: You mention that it’s a horror story. What has your collaboration with artist Garry Brown been like on this book?

SA: Yeah! He has a perfect style for this book. A very kind of noir-ish style that harkens back to some of the street-level Bronze Age [of Comics], but feels very modern. And his art has a very horror feeling hanging over it. It’s somewhere between a noir and a horror vibe. Still, there’s a superhero core to it, but it’s a very dark book. It makes sense that it’s about the black costume, visually. It takes place at night. And Garry really captured that beautifully.

FS: In your mind, what is it about the symbiote that keeps drawing in creators and fans?

SA: I think that the symbiote, and Venom later on, is a perfect example of how comics opposed to other fiction works. The concept, going back to Lord of the Rings, of a thing that gives you power but takes away your soul, is an inherently compelling conceit.

Because it’s comics, visually the black costume is just a stunning design. Venom, as a variation on that, turning monstrous, was an equally stunning design. It’s this perfect example of in comics, what hooks readers and what sticks, is the synthesis of the visual image. Wolverine is a great character, a compelling character, but if he didn’t look so cool, it wouldn’t work. [laughs]

Blink, from Exiles [the latest reboot of which Ahmed currently writes], the reason she got brought back, was really because of her design. She got killed off but was a cool-looking mutant and people wanted to know what that cool-looking mutant would have been like. I think the symbiote is a really compelling conceit and the visual of it is so stunning that it still speaks to people decades after it was first dropped.

Years ago, Spider-Man came back from an alien world with a fantastic new costume — one he eventually learned was a living alien symbiote looking to bond with him permanently! But before he rejected the costume that went on to become VENOM, many a night the symbiote would creep onto Peter, and unbeknownst to its host, take them out into the night! Now, for the first time, see just what the symbiote steered Peter into during these mysterious nighttime excursions! Saladin Ahmed (BLACK BOLT) weaves an ALL-NEW nightmare fairy tale, illustrated by the incomparable Garry Brown, in what is sure to be a dream book for any Spider-Man fan!