As much as we sometimes think of ourselves as islands, no woman or man is. Nobody does it alone. Our relationships—including our friendships—inform who we are, what we choose to do, and what we accomplish. Author Sam Maggs realizes that truth and looks at how some female friendships have shaped the planet and each other in Girl Squads, on sale now from Quirk Books. The author of The Fangirl’s Guide to the Galaxy and Wonder Women: 25 Innovators, Inventors, and Trailblazers Who Changed History uses Wonder Women to throw the spotlight on the transformative power of friendship on one another and the world.

Ms. Maggs spoke to me recently about the genesis behind Girl Squads, how her work on The Fangirl’s Guide to the Galaxy and Wonder Women impacted Girl Squads, what she learned about friendship in the course of writing the book, and what projects she has coming around the bend. 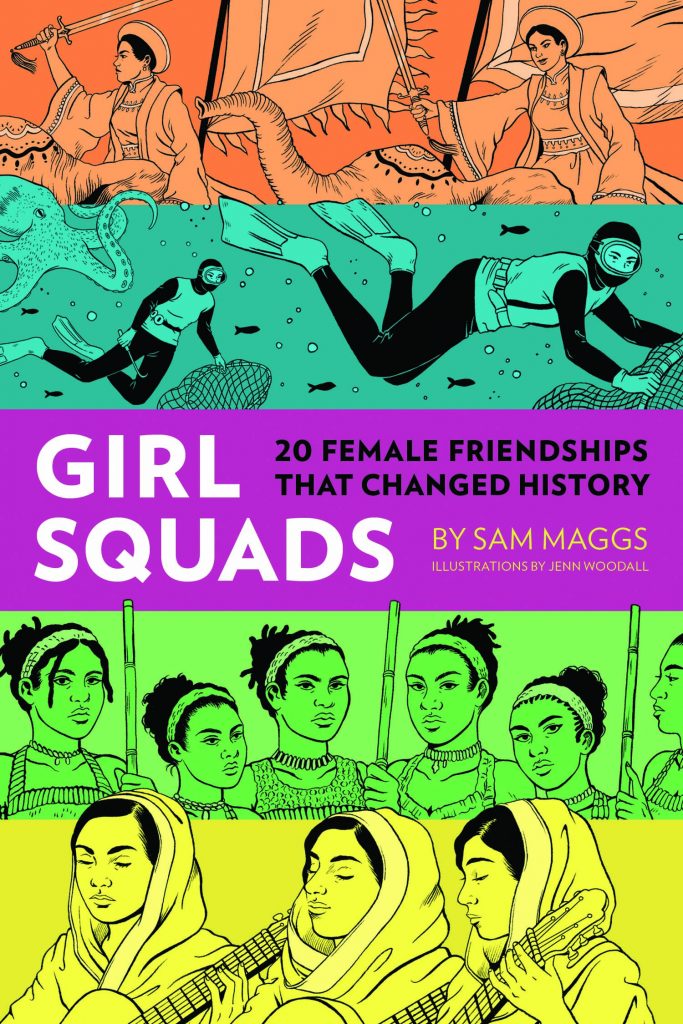 FreakSugar: You wrote the wonderful The Fangirl’s Guide to the Galaxy and Wonder Women, looking through lenses of pop culture and history. Your new book, Girl Squads, also has a historical bent. What can you tell us about Girl Squads?

Sam Maggs: Girl Squads features 20 female friendships that changed the world. It spans thousands of years and features awesome women from across the globe, and I’m really excited to be able to share the stories of these inspiring and kick-butt ladies with you!

FS: The book is incredibly novel in that we really don’t talk about how friendships impact history and move the world, even though we know they do in our personal lives. What was the impetus behind wanting to tackle the topic?

SM: While I was doing press for Wonder Women, I kept being asked to share my favorite story from the book, and time and time again I kept coming back to Anandibai Joshi, the first Indian woman to get a degree in Western medicine. I realized that part of the reason I was so drawn to Anandi’s tale is that she was able to get her MD, in part, because of her long-distance friendship with a young widow in New Jersey, and it was this awesome women-supporting-women narrative that we never really get to see. But at the end of the day, who’s going to be there for us if not each other?

FS: After having worked on The Fangirl’s Guide to the Galaxy and Wonder Women, did those books inform how you approached your writing on Girl Squads?

SM: The great thing about writing Girl Squads after Wonder Women is that I already had a research process in place – I knew where to look, how to look, and what notes to take. With Squads, I was able to then elaborate on the process and get a little more in-depth into not just the stories of these women, but also the cultural moment in time that encompassed them, which was very cool.

FS: What are some of the friendships that you explore in Girl Squads?

SM: Besides revisiting Anandi’s story, of course, I also love the Trungs, two Vietnamese sisters who fought back Chinese invaders on elephant-back in the year 1000; the Patriotic Women’s League of Iran, who changed the landscape for women’s rights in the 1920s; the trobairitz of Medieval France, the first female rockstars; the haenyeo, real-life grandma mermaids of South Korea; and the Zohra orchestra, Afghanistan’s first all-female orchestra, playing right now. 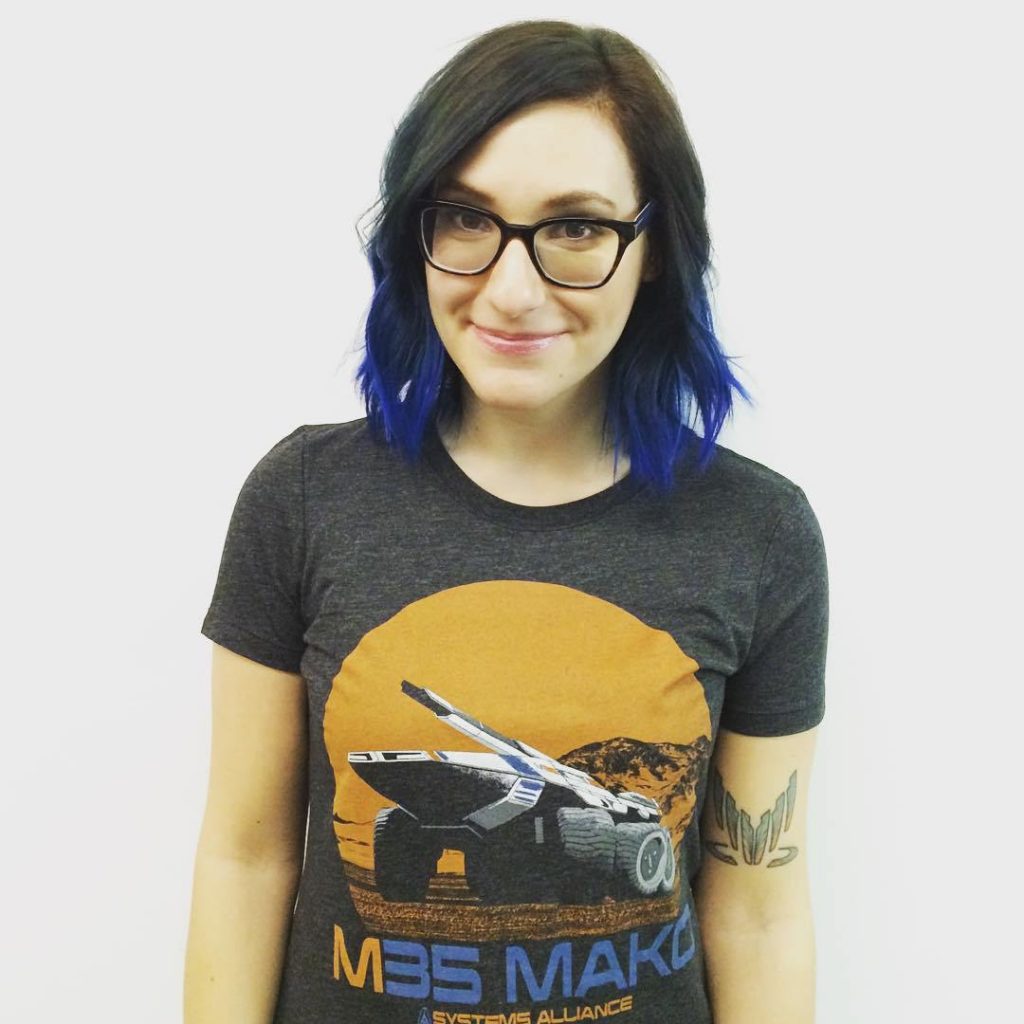 FS: Following up on that, were there any facts that particularly surprised you during your research for the book?

SM: So many! The stories of these women are obviously incredible, but one of my favorite parts of writing books like these is actually discovering the cultural context in which the gals existed. You know, the story of the Trung sisters sounds cool in concept, but it’s way more interesting when you know that early Vietnam operated on a system of bilateral kindship (equality between men and women), the history of conflict between Vietnam and China, the origin myth of the Vietnamese people, and so on and so on. And, I don’t know about you, but my knowledge of Vietnam in the year 1000 was extremely limited­ – as was my knowledge of the political situation in Finland in the early 20th century, and the history of poetry in the Dominican Republic… We are taught so little about world history in school, especially in North America, and it was so wonderful to explore these little pockets of culture from across time.

FS: In examining the friendships you do for this book, did you seem common thread or recurring themes about friendship that struck you personally?

SM: There’s a few. First, it’s important to know that there’s no one culture that has been worse for women than any other. Women around the world have faced horrific oppression, and while the excuses change (religion, science, etc.), the reason is always the same: the people in power are afraid of losing that power to women. Second, I think it’s good to remember that there is no one way forward; many of the women in these squads disagreed with each other. At the end of the day, though, no matter the method, true intersectional feminism always works toward one common goal: equality for people regardless of gender (or race, sexuality, class, ability, ethnicity, etc.)

Finally, the one theme that really stood out to me was this: don’t give up hope. A lot of the women in Girl Squads lost. They lose their battles, they lose their rights – even if they win in the moment, often their cultures will then set themselves back sometimes hundreds of years reactionarily. But, in the end, equality always wins out. If it takes twenty years, fifty years, five hundred years, the march of progress is always forward – and it would never get there if not for the initial spark from these women. So even if you feel like you’re moving backwards or in circles, know that it’s just a small bump on the road ahead.

FS: Are there any takeaways—besides being entertained—that you’d like readers to walk away with after reading Girl Squads?

SM: I think oftentimes, through no fault of our own, girls and woman are socialized to compete rather than to cooperate. To keep us down, the patriarchy has a vested interested in making people think that women are too catty to support each other. But the truth of the matter is that when women work together, we’re nearly unstoppable – we’re downright dangerous. And so I hope this book is a good reminder that we’re stronger together than we are apart.

FS: Are there any other projects you have coming down the bend that you would like to tease?

SM: Absolutely! In November, you can play TURF WARS, the second DLC for MARVEL’S SPIDER-MAN on PS4 – a bunch of my words are in there. Then on December 18th, you can pick up a copy of MARVEL FEARLESS AND FANTASTIC!, a beautiful encyclopedia of female superheroes that I was lucky enough to co-write with the folks at DK. And every Thursday, tune in on the Nerdist for a show I co-host called FANGIRLING!, where we nerd out about our favorite geeky goodness.

Girls Squads is on sale now from Quirk Books.

A fun and feisty tour of famous girl BFFs from history who stuck together and changed the world.

A modern girl is nothing without her squad of besties. But don’t let all the hashtags fool you: the #girlsquad goes back a long, long time. In this hilarious and heartfelt book, geek girl Sam Maggs takes you on a tour of some of history’s most famous female BFFs, including:

*  Anne Bonny and Mary Read, the infamous lady pirates who sailed the seven seas and plundered with the best of the men
*  Jeanne Manon Roland and Sophie Grandchamp, Parisian socialites who landed front-row seats (from prison) to the French Revolution
*  Sharon and Shirley Firth, the First Nations twin sisters who would go on to become Olympic skiiers and break barriers in the sport
*  The Edinburgh Seven, the band of pals who fought to become the first women admitted to medical school in the United Kingdom
*  The Zohra Orchestra, the ensemble from Afghanistan who defied laws, danger, and threats to become the nation’s first all-female musical group

And many more! Spanning art, science, politics, activism, and even sports, these girl squads show just how essential female friendship has been throughout history and throughout the world. Sam Maggs brings her signature wit and warmth as she pays tribute to the enduring power of the girl squad. Fun, feisty, and delightful to read–with empowering illustrations by artist Jenn Woodall–it’s the perfect gift for your BFF.

Sam Maggs is a best-selling writer of books, comics, and video games. She’s a Senior Writer for Insomniac Games; the author of The Fangirl’s Guide to the Galaxy, Wonder Women, and Girl Squads(Oct. 2018), all published by Quirk Books and distributed by Penguin Random House; a contributor to BioWare’s highly-anticipated forthcoming game Anthem; and she’s written for comics like Star Trek and Jem & The Holograms. A Canadian in Los Angeles, she misses Coffee Crisp and bagged milk.