This year’s Transformers Exclusive Set showcases some very nice work in the form of the Combiner Hunters, three of the prominent female Autobots as related to the Combiner Wars expression. Among them is the reigning queen of female Autobot fandom, Arcee, as well as Chromia and Windblade.

The Box: I can’t say enough about the box art. This is a beautifully designed package with excellent painting. That top-notch art carries through to the inside on the combination poster/instruction sheet. Just a really nice graphical effort from top to bottom.

Arcee: With a predominantly black and pink deco, this Arcee quite obviously sports a different look than her traditional take. It’s a solid effort and makes for a striking piece. Additionally, each figure is bolstered by the inclusion of anime-influenced oversized primary weapons; Arcee’s in particular is completely insane and completely awesome. Of the three, this is the figure that has the smoothest transformation action.

Chromia: Chromia sports a strong white and blue deco that, to my mind, emphasizes the design similarities between her and the robot form of original G1 Prowl (my first Transformer from back in 1984, in fact). Chromia is a touch more poseable in robot form than Arcee. The balance of the figure is good, as it’s possible to pose her in a number of ways with her oversized sword without it tipping the figure. Chromia transforms into a motorcycle, the look of which is fine if not spectacular.

Windblade: Windblade is my favorite of the three in terms of the base figure. You may recall that she was originally “fan-designed”, based on voting for characteristics that were incorporated into the figure. Windblade has solid poseability and balance, just like her companions. The transformation into jet form is a touch more difficult than the relative smoothness of the other two, but the jet form looks great once you get to it. My favorite of the batch.

Whereas collectors may already own these characters in various forms, this is a strong representation of each. The box art and presentation is great, and the different features make it an attractive get. Casual collectors might give it a miss, but the truly hardcore will likely want it. Some things, ironically, never change. 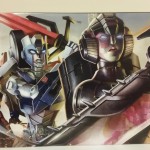 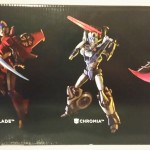 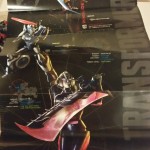 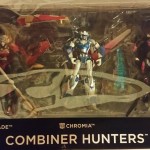 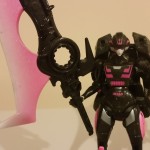 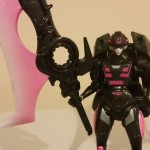 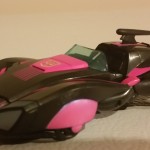 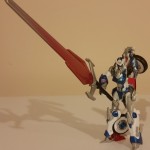 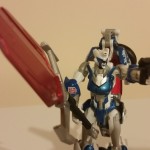 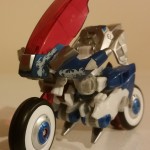 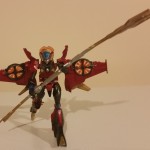 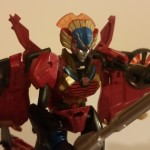 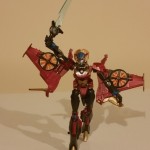 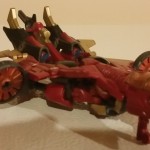 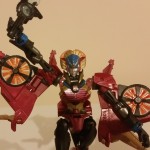 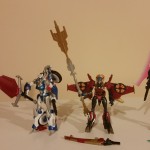