During tonight’s episode of ABC’s American Idol, the network, which is owned by Disney, which, in turn, owns LucasFilm, debuted a new trailer ahead of Memorial Day’s Solo: A Star Wars Story, focusing on the beginnings of devil-may-care pilot and smuggler and eventual Rebel Alliance general Han Solo. However, while the other teasers, posters, and trailers have kept the spotlight on the vaugueries of the plot, the latest trailer gives us more insight into what to expect in terms of plot.

As we far as we can tell, Woody Harrelson’s Tobias Beckett recruits Alden Ehrenreich’s Han for a job he’s heard about, being put together by a gangster. (This sets up a precedent of Han dealing with gangsters, as much of his problems in the original trilogy center on his involvement with Jabba the Hutt.) In turn, Han, Tobias, and Emilia Clarke’s Qi’Ra ask a young Lando Calrisissian, played by Donald Glover, to join their heist. (Damn, Glover is going to own this movie.) While we don’t yet see how Han and his best friend Chewbacca come together, at least Chewie is well-represented in the trailer.

So, what we’re gathering is that, in addition to being Solo’s origin story, we’re also getting an Ocean’s Eleven-meets-Star Wars mashup. Maybe. Hopefully.

Oh, and check out the pretty new movie poster that Disney just dropped with the trailer while you’re at it. 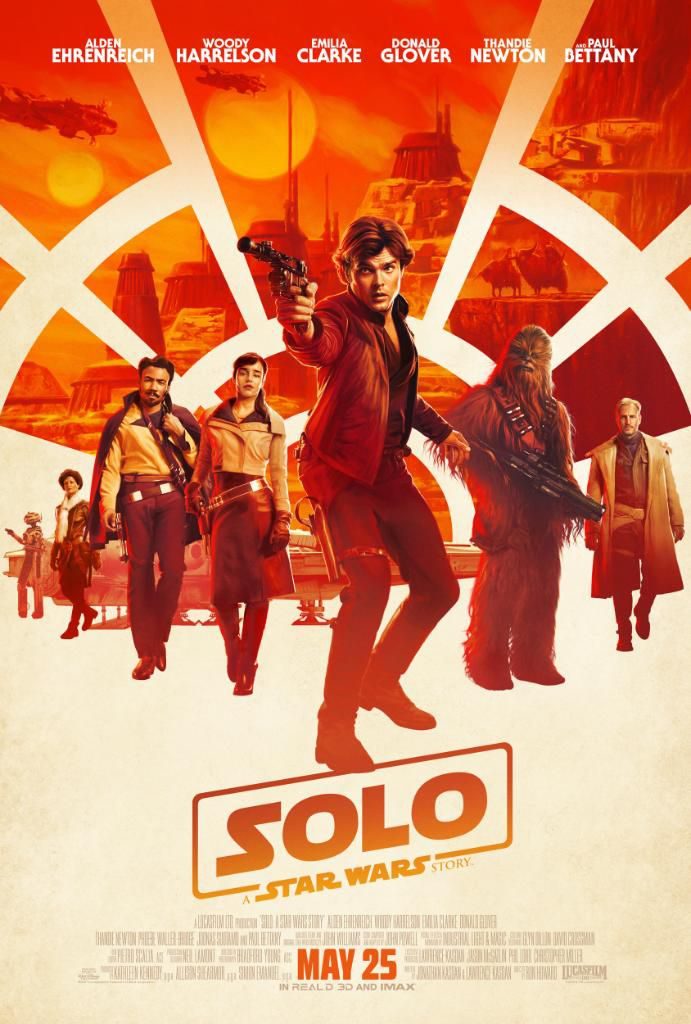