America and the idea of the country can look vastly different to different people depending on their background, their location, their upbringing, and their sense of place. This was certainly the case for creator Shing Yin Khor, who, while growing up in Malaysia, saw the idea of America as both Hollywood glamour and Grapes of Wrath-type disappointment.

Holding those conflicting notions of “America” was the impetus for Shing, now an American immigrant, to set out on a journey on Route 66, the iconic American road that has so much myth tied to it. And in their new graphic novel The American Dream?: A Journey on Route 66 Discovering Dinosaur Statues, Muffler Men, and the Perfect Breakfast Burrito, Shing explores the myth and reality of America and how that plays a part in their role as an immigrant to the nation. Along the way, Shing encounters both the sites that Route 66 has to offer and the wider history and culture of America that lies beyond the attractions.

Shing Yin Khor spoke with me recently about the idea behind The American Dream?: A Journey on Route 66 Discovering Dinosaur Statues, Muffler Men, and the Perfect Breakfast Burrito, why they decided to tell their tale of Route 66, what surprised them most on their journey, and what they hope readers will glean from reading the graphic novel.

FreakSugar: For folks reading this, what is the conceit of The American Dream?: A Journey on Route 66 Discovering Dinosaur Statues, Muffler Men, and the Perfect Breakfast Burrito?

Shing Yin Khor: I drove all of historic Route 66, with my perfect dog Bug, as a way to better understand America and my role as an immigrant in this country. 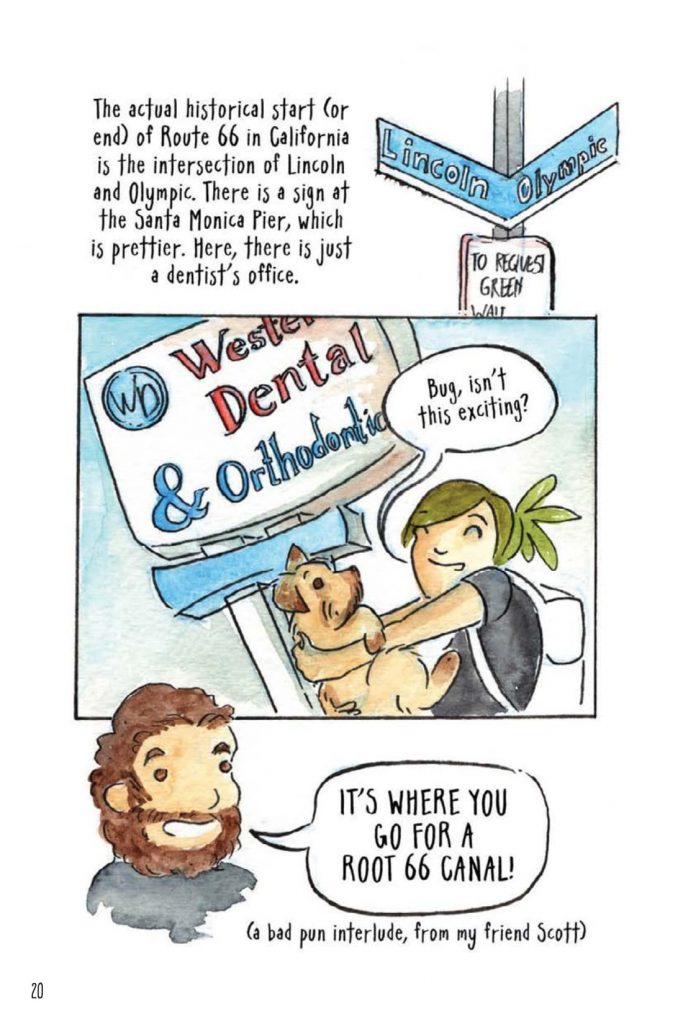 FreakSugar: The memoir is beautifully told and you give so much of yourself in its telling. What is the genesis of how the idea to write and draw the book come about? Following up on that, beyond the how, can you tell us why you wanted to tell this tale?

Shing Yin Khor: My editor, Daniel Harmon, actually solicited pitches from me, and I always had this dream of driving all of Historic Route 66, and that was the pitch that he wanted! So, I set out on the trip knowing that it was going to have to eventually be a book.

FreakSugar: What was the process for bringing the book to life, from thought and experience to page? What was the research like for the project?

Shing Yin Khor: I sketched and drew a little bit on the trip, and some of those pages made it into the final book. I took a lot of photographs for later reference, and much of the book is an amalgam of memory and photo reference. In desperation (for instance, I often had to drive and couldn’t photograph certain things, or couldn’t take pictures in low light), I sometimes had to reconstruct scenes using Google Maps! Ultimately, a lot of my drawings are more concerned with capturing the feeling of driving down Route 66, although I tried to be accurate as much as I could. I didn’t thumbnail the book as I went – I did so for the first 20 pages or so, and then I approached it more as a travel journal, just one that I had a little more time and space to reflect on.

A lot of my research was done after the trip (although I did already know a bunch) – I wanted to experience the trip as an enthusiast, not as an expert. 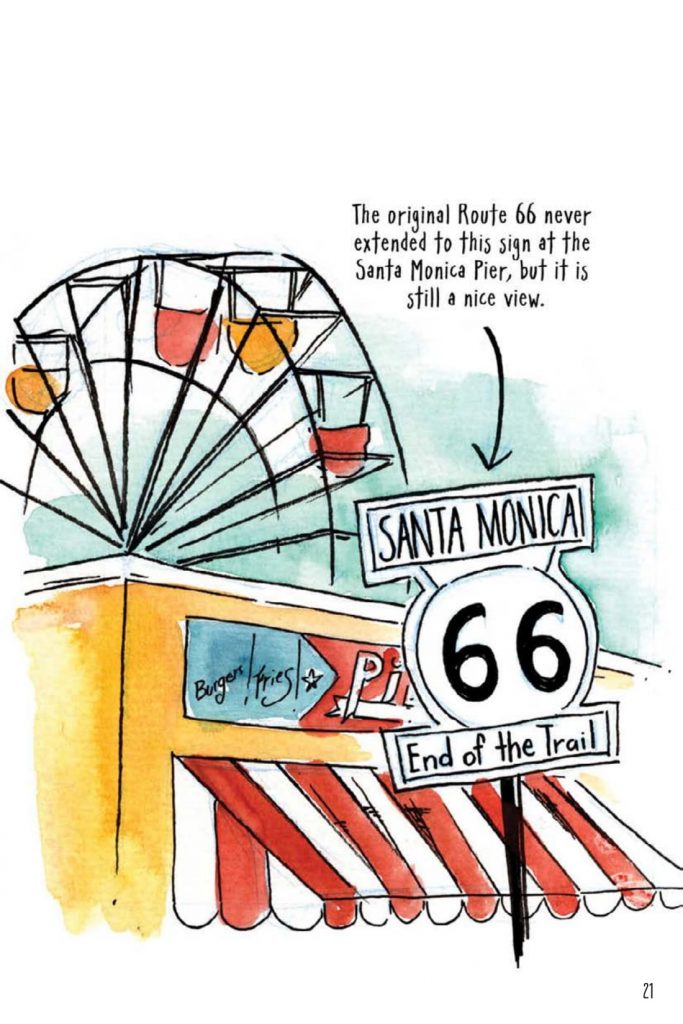 FreakSugar: How did you decide which places to visit on your trek across the U.S.? How do you feel that impacted both your emotional and physical journeys? Did they affect your approach toward and view of the trip?

Shing Yin Khor: I basically set out with a hard copy of a turn-by-turn Route 66 guidebook and stopped wherever I felt like it. I was traveling with a dog, so there were many things I couldn’t visit, which is why the book is skewed towards outdoor and nature experiences. To be honest, I think my emotional journey was more moderated by the sheer length of the trip, than anything else. I was always going to be happy and excited and curious in the beginning, and utterly exhausted and over-stimulated by the end of it. By sticking to Historic Route 66 as accurately as possible, I definitely ventured into far more abandoned sites and near-derelict towns than I would have if I were merely stringing together a list of “attractions.” But, that’s what I wanted. I wanted to see all of Route 66, not just the Route 66 that everyone talks about. 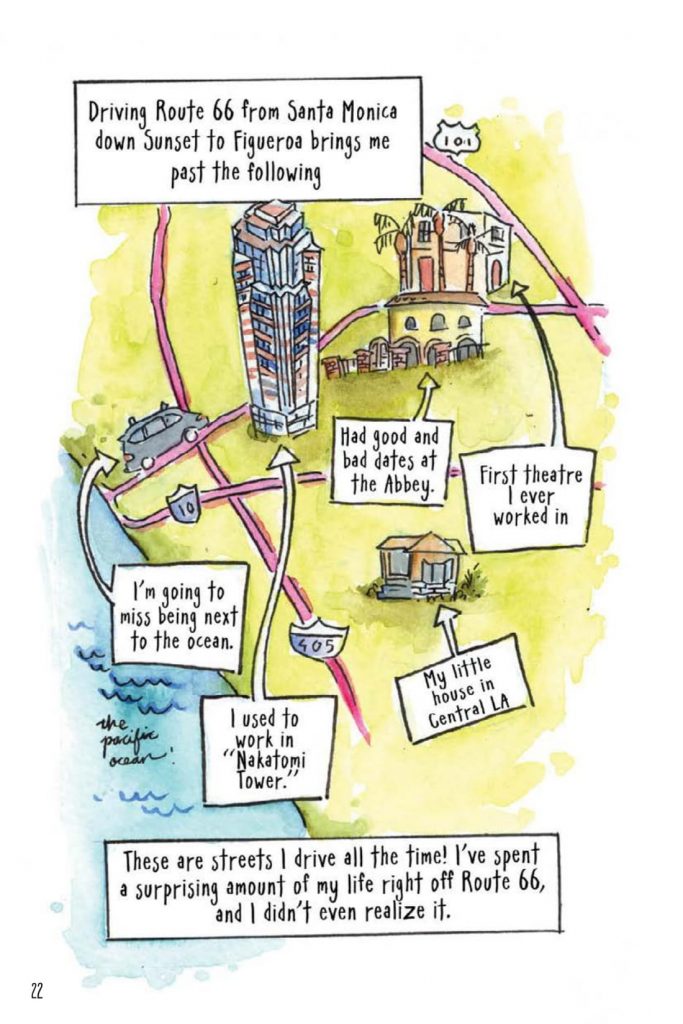 FreakSugar: What surprised you the most on your trip across the U.S.?

Shing Yin Khor: I’d never driven through the Midwest before. I think a lot of the liberal discourse in America tends to ignore a lot of rural areas and write them off as being majority white and xenophobic. And I fundamentally knew that that wasn’t true, but seeing it gave me a lot of hope. Immigrants have made their homes in many places. Queer people have made their homes everywhere. Black and brown people have made their homes everywhere. And it is harmful for us “coastal elites” to ever paint entire swaths of the country with a hateful and dismissive liberal scorn because there are almost always people there fighting to make their homes better and more inclusive and to support marginalized voices in their communities. 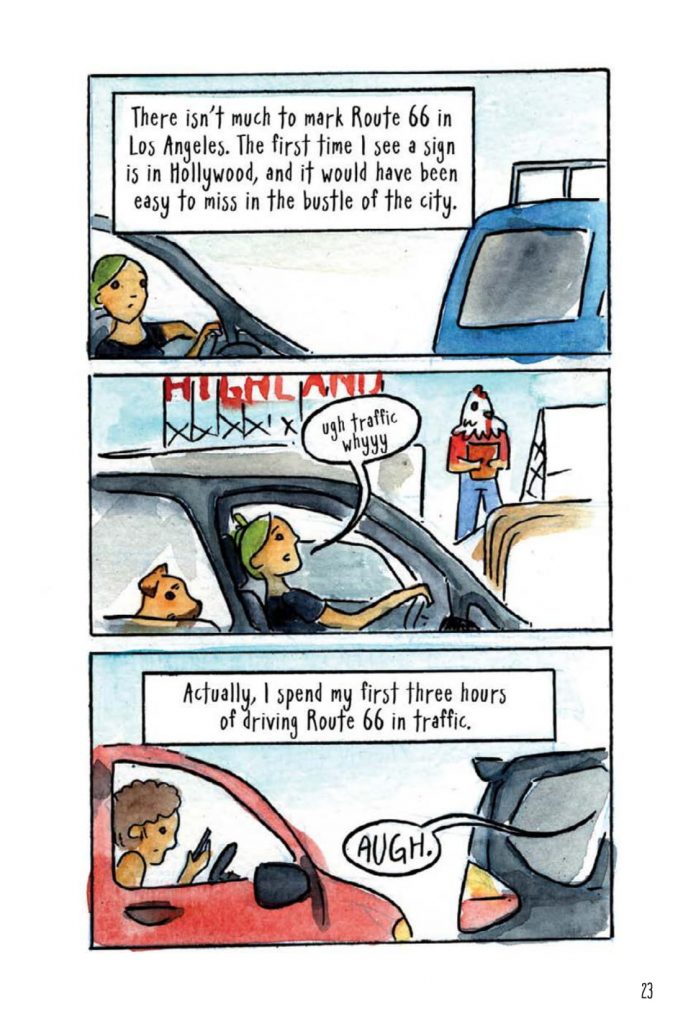 FreakSugar: This is obviously a self-reflective quest you embarked on. What did you learn about America, what it means to be an American, and/or yourself? Did it impact the graphic novel’s final form?

Shing Yin Khor: Really, I think my best answer to this is “I don’t know.” I’ll be processing this trip for a good long time. I drove Route 66 in April 2016, and I finished the book before Trump took office. I thought Hillary Clinton was most likely to be the next president, I was contending with my identity as an immigrant, and I likely always will, but in April of 2016, I didn’t actually find my citizenship tenuous the way I do in August 2019.

I assumed that the entire middle chunk of the country was a lot whiter than I expected, which is not true. It’s just a lot of history that I didn’t get to learn in school, and a lot of present-day life and joy populated by people of color and queer people and immigrants that simply isn’t in a lot of mainstream reporting, and who have been left out of the history books. Part of being American, I think, is caring enough about the country to shape it in my own image. Which is what the racists are also trying to do, but my desire is rooted in inclusivity, community, empathy, hope, and joy, and theirs is rooted in paranoia and discomfort. 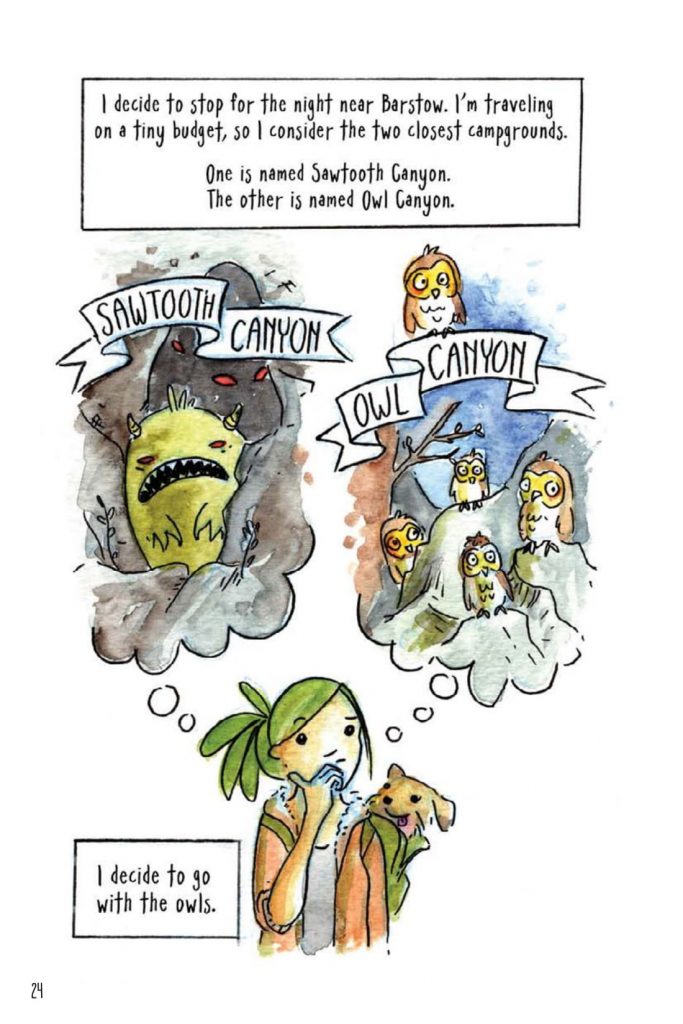 FreakSugar: The American Dream? is such a fun, moving story. Besides being entertained, what do you hope readers will take from reading it?

Shing Yin Khor: Route 66 is truly endlessly fascinating to me, and I really hope I get to impart some of that curiosity to readers. I really hope I make people want to travel within America more, to seek out little pockets of comfort and home everywhere. Most of all, I hope that it serves as a starting point to go dig into so many things I wasn’t quite able to get into the book – ranging from really serious and awful topics like the treatment of American Indians, and the blatant racism towards Black people along the route which extended way past the time of the Civil Rights Era, but also wonderful little silly things, like how the dinosaur statues of Holbrook ended up there, and how to tell a Paul Bunyan Muffler Man apart from the other models, even if he doesn’t have his head on.

The American Dream?: A Journey on Route 66 Discovering Dinosaur Statues, Muffler Men, and the Perfect Breakfast Burrito by Shing Yin Khor is on sale now from Lerner Books.

As a child growing up in Malaysia, Shing Yin Khor had two very different ideas of what “America” meant. The first looked a lot like Hollywood, full of beautiful people, sunlight, and freeways. The second looked more like The Grapes of Wrath―a nightmare landscape filled with impoverished people, broken-down cars, barren landscapes, and broken dreams. This book chronicles Shing’s solo journey (small adventure-dog included) along the iconic Route 66, beginning in Santa Monica and ending up Chicago. What begins as a road trip ends up as something more like a pilgrimage in search of an American landscape that seems forever shifting and forever out of place.