Not only did DC Comics’ Dark Nights: Metal crossover event offer a story that was octane-filled with Big Ideas and Action, but also opened the doors to brand-new characters to enter the DCU. One such character is the hero known as Sideways, whose entry into and exit from the Dark Matter dimension during Metal gave him teleportation powers that threaten to corrupt his young spirit.

If this piques your interest, then you can learn more when Sideways Vol. 1: Steppin’ Out hits stores this week. And in celebration of its publication, we’re partnering with DC Comics to give away three copies of the hardback edition of volume 1! 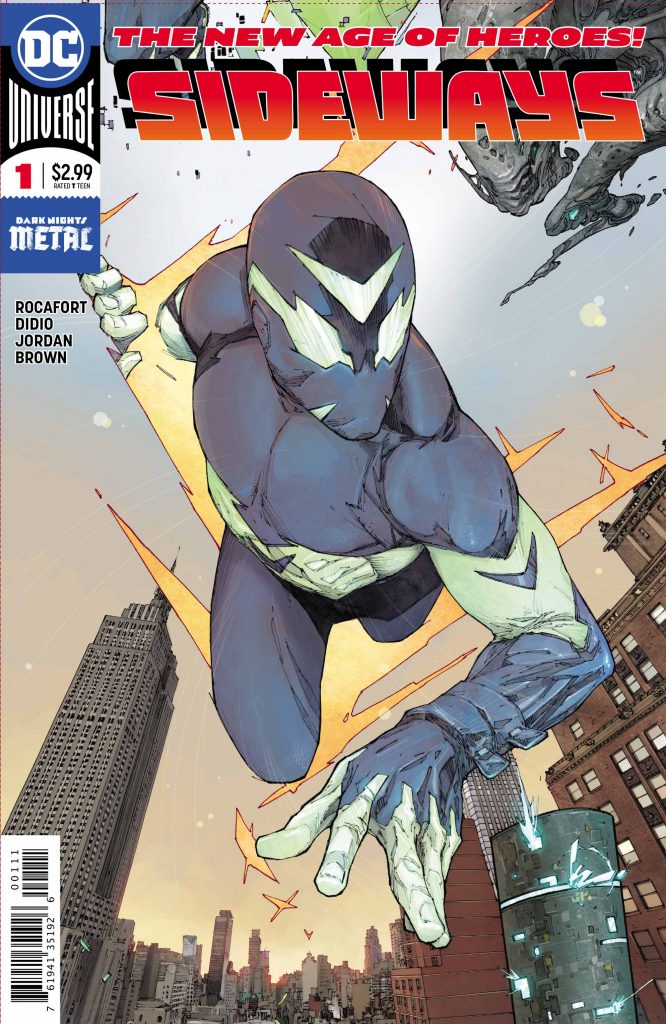 For a chance to win, simply head to FreakSugar’s Facebook and Twitter pages, find this link, and tell us your favorite Batman character, past or present.

The details: Only one entry per social media platform, so you can enter once on Twitter and once on Facebook–meaning, if you have accounts on both, that’s two chances to win! The contest ends on Friday, November 2nd, at 11:59 PM Eastern time.

Good luck! And check out pages from the hardback to learn more about Sideways!