So, you saw the film Sin City: A Dame to Kill For and thought that, well, technically it is a film that takes up real space and time and exists. Love or hate the film—and that line seems to be drawn deeply in the sand—I think we can all agree that Dame is, again technically, a film. 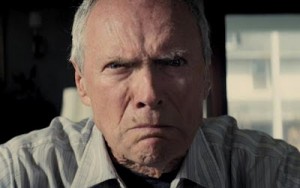 Not Frank Miller, but close

But even if you didn’t appreciate Dame for its over-the-top attempt at neo-noir that bludgeoned you in the face in the same way Tim Burton attempts to carve “WHIMSY” in his viewers’ chests, you have to admit that Frank Miller, Sin City franchise creator and man most likely to spew government conspiracy theories at your Aunt Jenny’s Thanksgiving table, designed some stylized characters that cut striking figures on the page and on the screen. If you didn’t appreciate the movie for its movieness, then maybe you can create your very own Sin City sequel at home with Diamond Select Toys’ official action figures based on the original 2005 Sin City film!

The figures themselves are pretty impressive and do a good job of capturing the essences and little details of each of the three characters, from Marv’s misshapen head to Hartigan’s perpetually-askew tie to Nancy’s Coyote Ugly-esque outfit. The figures come equipped with all of the necessary hardware (Guns. Duh.) along with sculpted bases taken straight from the movie. In addition to having the chance to snatch up Black & White Sin City figures of Marv, Nancy, and Hartigan at your local comic and specialty store, Diamond is offering exclusive in-color versions of Marv and Hartigan (with a Nancy being released soon) available exclusively at Toys “R” Us!

In the meantime, keep your eyes peeled at Diamond Select Toys’ official website for more details concerning release dates of further waves of Sin City action figures. Sin City: A Dame to Kill For, as of this writing, continues to be a movie that still exists and is still playing in theaters. While you’re at it, check out our review of the film here at FreakSugar.