Marvel’s Spider-Man cast of characters has no shortage of spider-folk who have similar powers to Peter Parker, and one of the most recently-created of that gallery is getting her own standalone film.

Adding to its Spider-Man-centric films, Sony has announced that it is developing a film focused on the heroine Silk, the Korean-American Cindy Moon who has similar powers to Parker. In The Amazing Spider-Man Vol. 3 #1, released in 2014, it was revealed that Cindy was at the same experiment that Peter attended when he was bitten by the spider that granted him his powers. We learned in that Amazing series that Cindy was later bitten by the same spider.

A character named Cindy, played by Tiffany Espensen, as already popped up in Spider-Man: Homecoming and Avengers: Infinity War as a classmate of Peter Parker. While it’s unclear whether the Cindy who makes it into the Silk film will be same Cindy we’ve seen already, it’s a good bet: Amy Pascal, who produced Homecoming, is producing Silk. 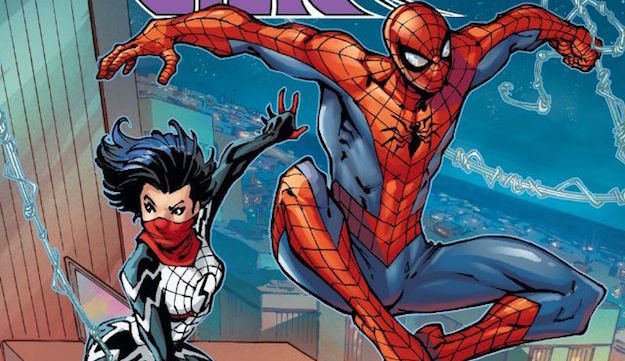 In the comics, while Cindy has similar spider-abilities to Peter, her spider-sense is stronger that Peter and she’s faster, but she’s not as strong as Spidey. However, Cindy has two powers Peter doesn’t: the ability to shoot webs from her fingertips and a photographic memory.

As mentioned, Silk joins a whole host of Spider-Man universe films, including next year’s Homecoming sequel, December’s Spider-Man: Into the Spider-Verse, and October’s Venom. Other Spidey movies in various stages of development include Nightwatch, Silver & Black, and Morbius the Living Vampire.