And with that friendly greeting, fans finally got their first glimpse of the Marvel Cinematic Universe’s version of Spider-Man. His appearance in Captain America: Civil War has been teased for months following a deal between Sony and Marvel Studios, but the previous two trailers for the film featured nary a wall-crawler. However, this morning, Marvel released its third Civil War trailer and, with the May release date fast approaching, the filmmakers seem to have decided that the time was right for folks to get a gander the web-head. Check out this fantabulous trailer below!

While Spidey doesn’t appear until the end of the trailer, what little interaction “Underoos,” as Iron Man calls him, has with the rest of the MCU characters made my nerdly heart go pitter-patter and left me grinning like an idiot. And while Spider-Man’s appearance might be the icing on the cake, there are plenty of other moments to dazzle the eyeholes: more footage of the Black Panther, Ant-Man holding onto one of Hawkeye’s arrows as he shoots it into the sky, more Cap/Iron Man throwdown footage. I could watch this on a loop all damn day.

From the film’s official description:

Marvel’s “Captain America: Civil War” finds Steve Rogers leading the newly formed team of Avengers in their continued efforts to safeguard humanity. But after another incident involving the Avengers results  in collateral damage, political pressure mounts to install a system of accountability, headed by a governing body to oversee and direct the team. The new status quo fractures the Avengers, resulting in two camps—one led by Steve Rogers and his desire for the Avengers to remain free to defend humanity without government interference, and the other following Tony Stark’s surprising decision to support government oversight and accountability. Get ready to pick a side and join the nonstop action playing out on two fronts when Marvel’s “Captain America: Civil War” opens in U.S. theaters on May 6, 2016.

Also, check out this official poster for the film that Marvel just released! All of the moody staring! 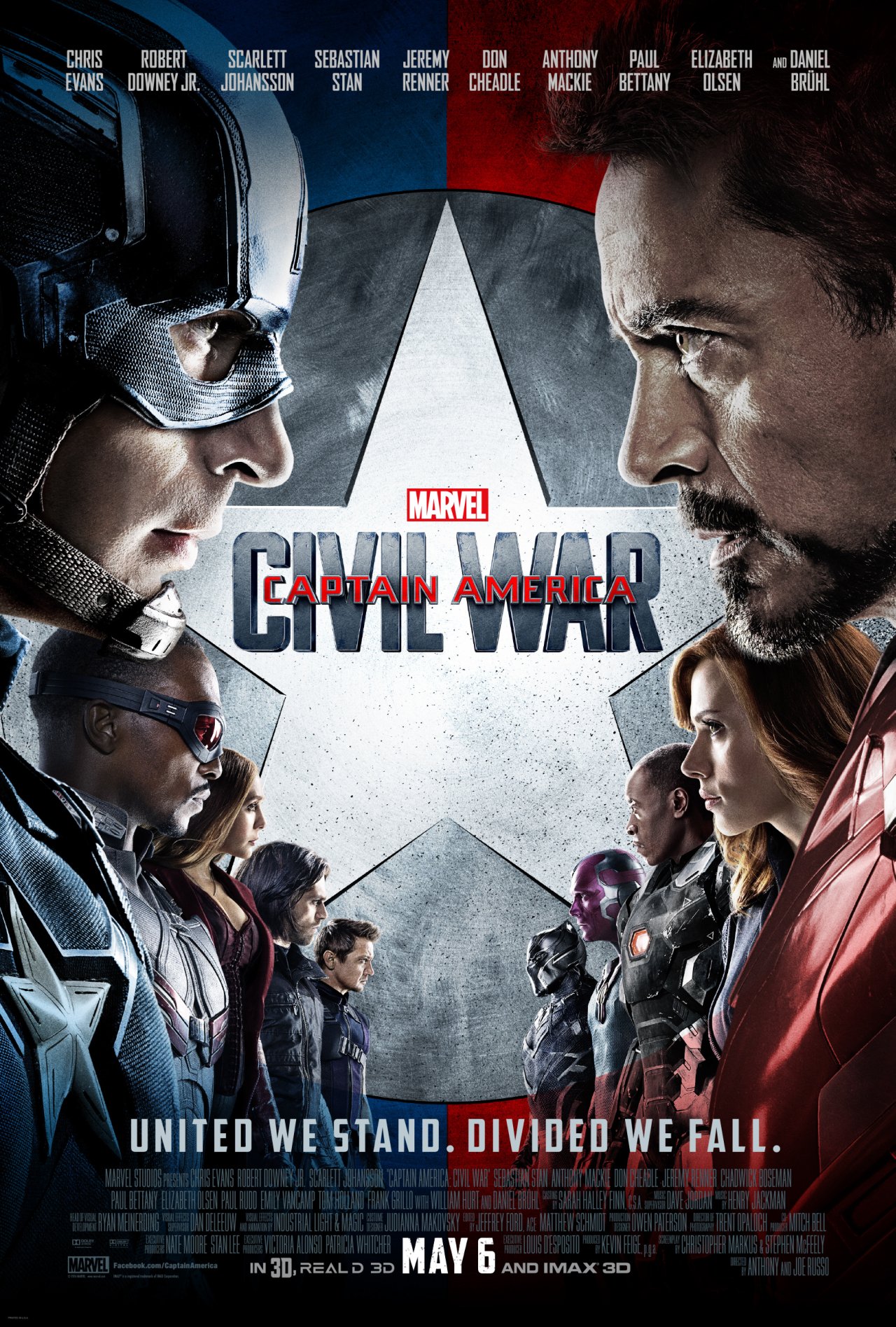