About five years ago in the Spider-Men miniseries, the Peter Parker of the Marvel 616 Universe–the original MU–fell into the Ultimate Universe–the one in which a young Peter had died fighting the Sinister Six–and had an adventure with Miles Morales, the new Spider-Man of that world. When Peter returned to his universe, he decided to do some web browsing to check out if his world had its own Miles Morales. And he seemed none-too-happy about what he discovered. 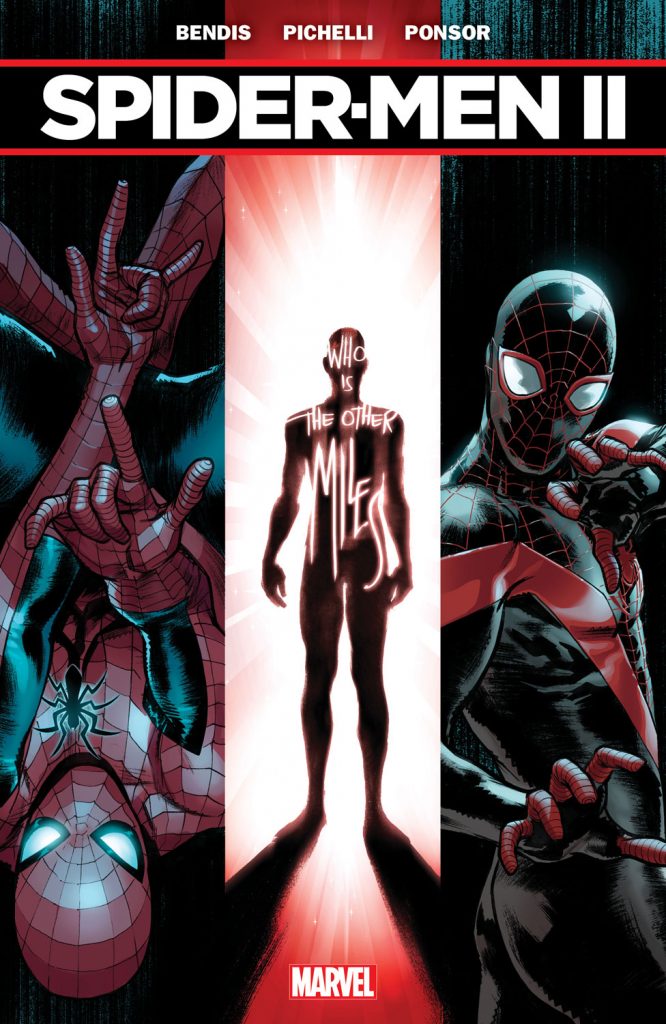 Fast forward to today, with the Ultimate Miles Morales swinging alongside Peter in the Prime Marvel Universe following the integration of the Ultimate U during Marvel’s Secret Wars event. However, that doesn’t mean the mystery of the other Miles went away, something that will be explored in this July’s Spider-Men II, brought to us by the original mini’s team of writer Brian Michael Bendis and artist Sara Pichelli.

In addition to the Miles mystery, the sequel to the 2012 event will explore how Peter and Miles interact with one another, now that the pair has been engaging in superheroic derring-do alongside one another for quite some time now. Bendis told Nerdist:

“[Miles] has come into his own, and with that comes the question: all right, that’s my hero, but maybe what I love about my hero is that they’re unique to themselves. What about me is special that I am standing here doing this?” 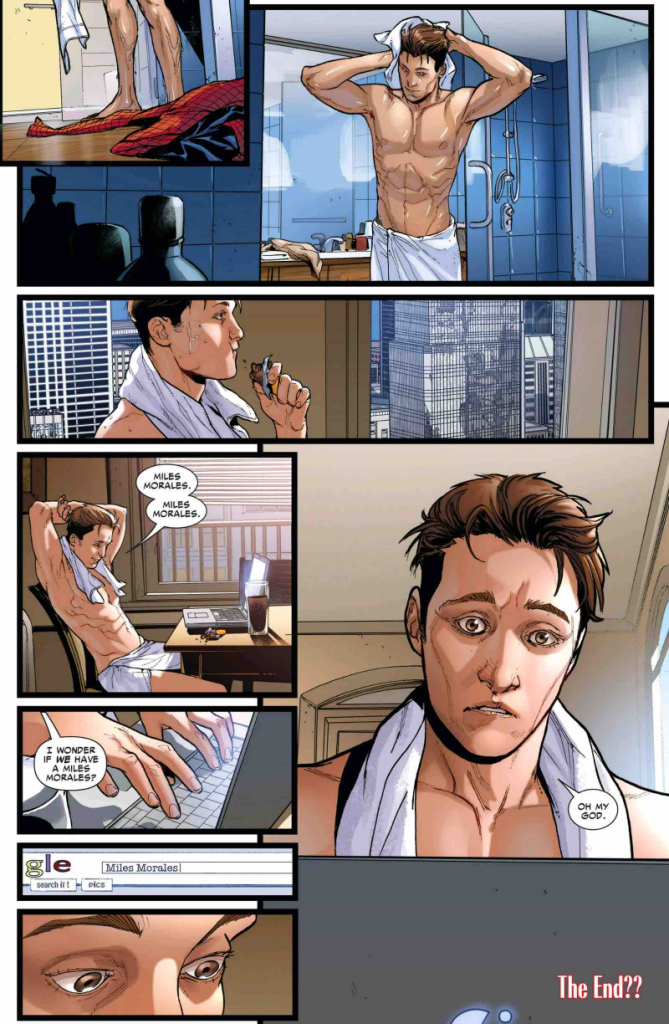 What had Peter so distraught by what he found out about the other Miles at the end of Spider-Men? Will the events in this new tale affect the dynamic between Peter and Miles? Will it tie into Marvel’s upcoming Generations event? We’ll find out the answers this July.

The wait is finally over! The sensational sequel to this spectacular spider saga has arrived! And the mystery hanging on the lips of comic fans the world over will finally be revealed! Who is the Miles Morales of the Marvel Universe?! It’s all happening this July as superstar creators Brian Michael Bendis & Sara Pichelli reunite to bring you their blockbuster follow-up in SPIDER-MEN II #1!

Following the shocking cliffhanger of the of the original Spider-Men, the question will finally be answered – who is the other Miles Morales?! Though the Miles you know and love now lives comfortably in the Marvel Universe, he’s not the only one! What is the secret of the Miles Morales who existed before him? The answers will shock you! And that’s just the tip of the iceberg as Peter Parker and Miles Morales collide for another heart-stopping adventure!

“It’s exciting just because this series is the one I’m asked the most about,” says writer Brian Michael Bendis in an interview with Marvel.com. “’When are you gonna follow up on this?’ and there just wasn’t a good time to do it until now, and all the stuff that’s happened since then has made the story that much more potent.”

The adventure is just beginning! Miles Morales and Peter Parker are back together again, to uncover a mystery that will shake them down to their very core! Be there when the can’t-miss SPIDER-MEN II #1 comes to comic shops and digital devices everywhere this July!

Missed the first Spider-Men? Don’t worry! To celebrate the announcement and upcoming release of Spider-Men II, read the first issue of the modern classic absolutely FREE. SPIDER-MEN #1 is free through the Marvel App and Marvel Digital Comics Store right now! What are you waiting for? Offer valid until Thursday April 27th at 9:59 AM EST on one (1) digital copy of Spider-Men #1 only. Marvel user account and internet connection required.