The movie has layers, you see.

We’re going to make this one simple: to win one of the posters, be sure that you’re following FreakSugar on Twitter, then retweet the link to this article with #Sing4Death before Sunday, May 11th at 11:59 PT. Super easy, right?

The particulars: the contest is only open to readers in the U.S. and Canada and… that’s the end of the particulars. Winners will be notified via DM.

Starry-eyed teenager Camilla Swanson wants to follow in her mother’s footsteps and become a Broadway diva, but she’s stuck working in the kitchen of a snobby performing arts camp. Determined to change her destiny, she sneaks in to audition for the summer showcase and lands a lead role in the play, but just as rehearsals begin, blood starts to spill, and Camilla soon finds herself terrified by the horror of musical theatre. 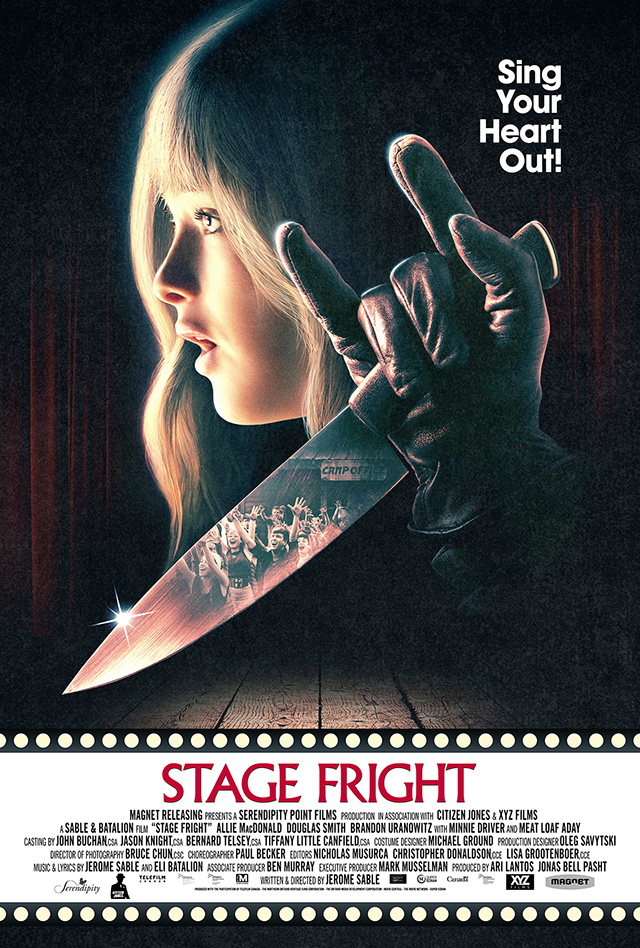