Update: Back in the summer during the San Diego Comic-Con, director James Gunn revealed which character from Marvel lore will play pops to Peter Quill. Scroll down to the end of the article if you want to be spoiled.

While some diehard fans of the source material might decry changes made to character origins and histories, a filmmaker who puts a comic book film on the silver screen will inevitably make adjustments to a previously constructed narrative found in the funny pages. These adjustments might be the result of the director wanting to streamline years of comic book lore in a way that tells a whole story for both the uninitiated and long-time fans. Other times, a director will make tweaks to characters and situations to serve emotional or narrative arc.

All of this to say is that who adventurer Peter Quill’s daddy is happens to be up in the air. In his interview with Empire Online, Guardians of the Galaxy director James Gunn seems to suggest that the paternity of Star-Lord’s pops will be a mystery and, apparently, a closely guarded one. During the course of the interview, Gunn explained.

“There have been a lot of documents passed around about who Peter Quill’s father is between a select two or three of us,” says Gunn. “That’s been part of the plan since the beginning, that’s something I had to work out before we shot the screenplay. We wanted to make sure Yondu’s place in everything made sense and it does, so it’s all very specific stuff.”

And in an intergalactic version of Maury Povich’s paternity testing episode, Gunn went on to adamantly proclaim that Star-Lord’s father in the Marvel comic books—Jason of Spartax, emperor of the Spartoi Empire—would not be the Peter’s dad in future Guardians films.

We do know a few things about Star-Lord’s pops, however. In the film, Nova Prime reveals to Peter that he is only half-Terran and that the other half is alien, something “ancient”. We also are privy to a conversation between Yondu and one of the Ravagers, learning that when the Ravagers picked up Peter as a child, they had been contracted to deliver him to his dad. Who has the kind of coin to hire the Ravagers?

Big ol’ honkin’ update! Turn away if you don’t want to be spoiled!

During SDCC this summer, Gunn let the cat out of the bag as to the identity of Peter Quill’s Dad. Played by Kurt Russell, Star-Lord’s father will be none other than Ego the Living Planet. 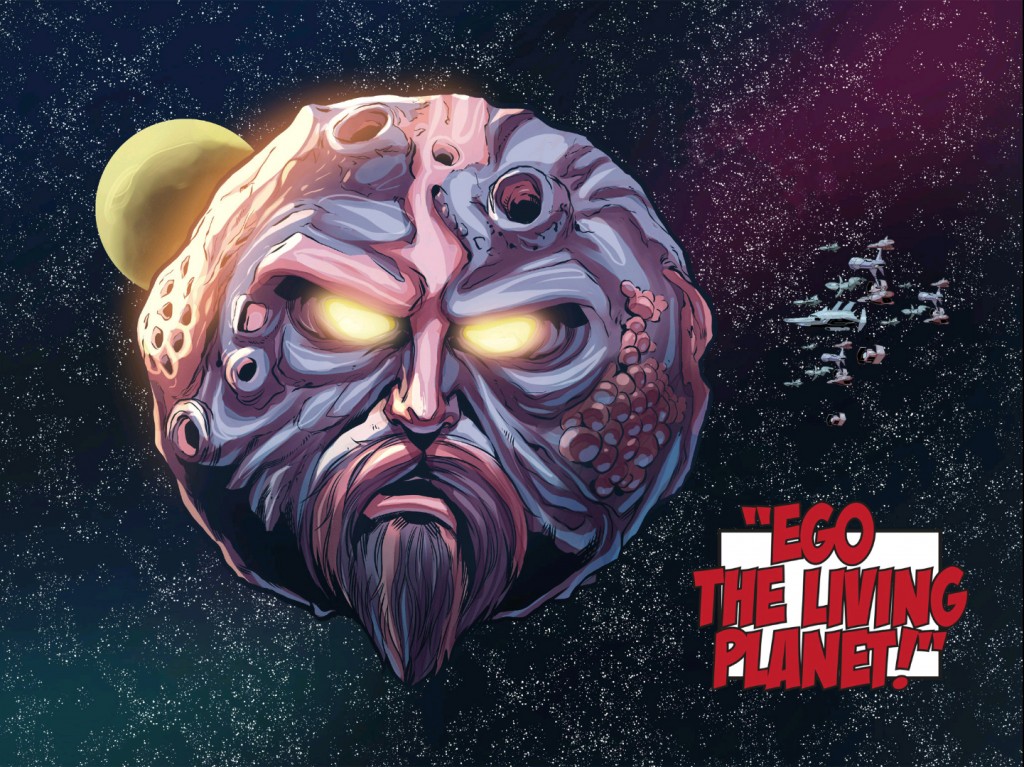 You might rightly be asking yourself, “Self, sweet baby Moses, who the Hell is Ego? How is Kurt Russell going to portray him? Is Marvel really going to include a talking planet as a character?”

Here, I’ll help with all that. 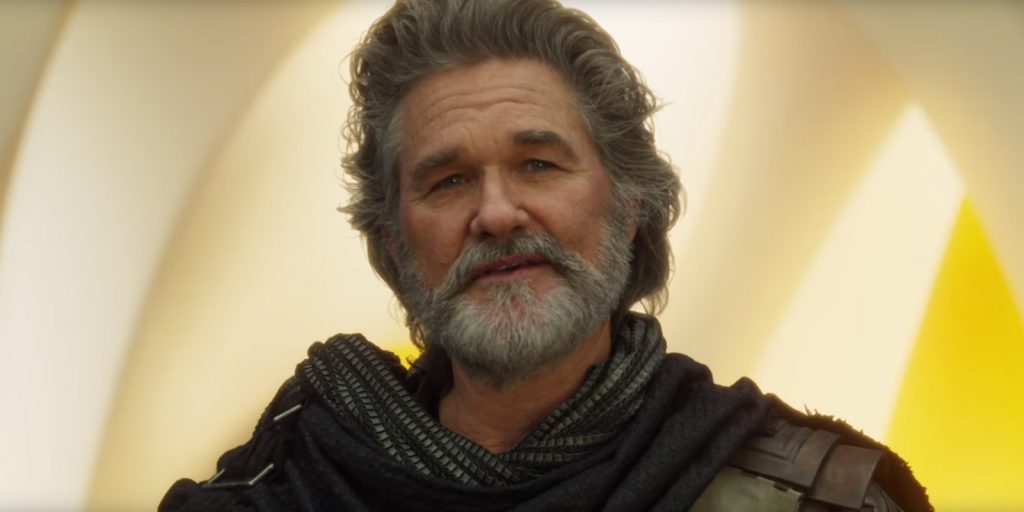 Kurt Russell as Ego in GUARDIANS OF THE GALAXY VOL. 2

Guardians of the Galaxy is now on DVD and Blu-Ray. Vol. 2 hits theaters on May 5, 2017. Check out this Vol. 2 trailer for Ego’s first encounter with an adult Peter!