Disney and Lucasfilm have been relatively stingy with clips and plot details of this December’s Star Wars: The Last Jedi, but considering how many unanswered questions that are swirling about left open at the end of The Force Awakens, it’s understandable that they’d want to play things close to the vest. However, with only a little over two months away, it’s expected that the House of Mouse and the House That Lucas Built would now want to turn up the dial to whet the appetites of Star Wars fans clamoring to see grizzled Luke Skywalker and newcomers Rey, Finn, and Poe, as well as Carrie Fisher’s final performance as General Leia Organa.

To that end, during tonight’s telecast of Monday Night Football on ABC (also owned by Disney), Force fanatics were treated to more Star Wars goodness, with characters young and old grasping at trying, as Rey puts it, “to find their place in all this.”

Caution: If you want to go in relatively unspoiled to your first viewing of The Last Jedi, maybe skip the trailer. Just putting that out there. Otherwise, watch on:

A lot to unpack, but front and center is, as the previous posters and footage have hinted, Rey and Kylo Ren’s respective destinies. Both have raw, unchecked power that Luke has encountered before–first with Kylo, now with Rey–and Luke doesn’t seem certain how to channel that power–or if he even wants to or should. There’s a darkness about the trailer, which matches the red color scheme–often associated with the Sith–that much of the ad campaign has been using. And who is Snoke, the film’s antagonist, talking to in the voiceover that runs through the trailer? To whom is he offering a guiding hand? The logical choice is Rey, but never take the surface or the obvious choice for granted.

Lastly, not gonna be okay if Kylo’s blasts his dear mother Leia out of the sky. Only so much I can take, kids.

Star Wars: The Last Jedi premieres on December 15th. And for more Last Jedi goodness, check out the newest poster for the film, just released tonight! 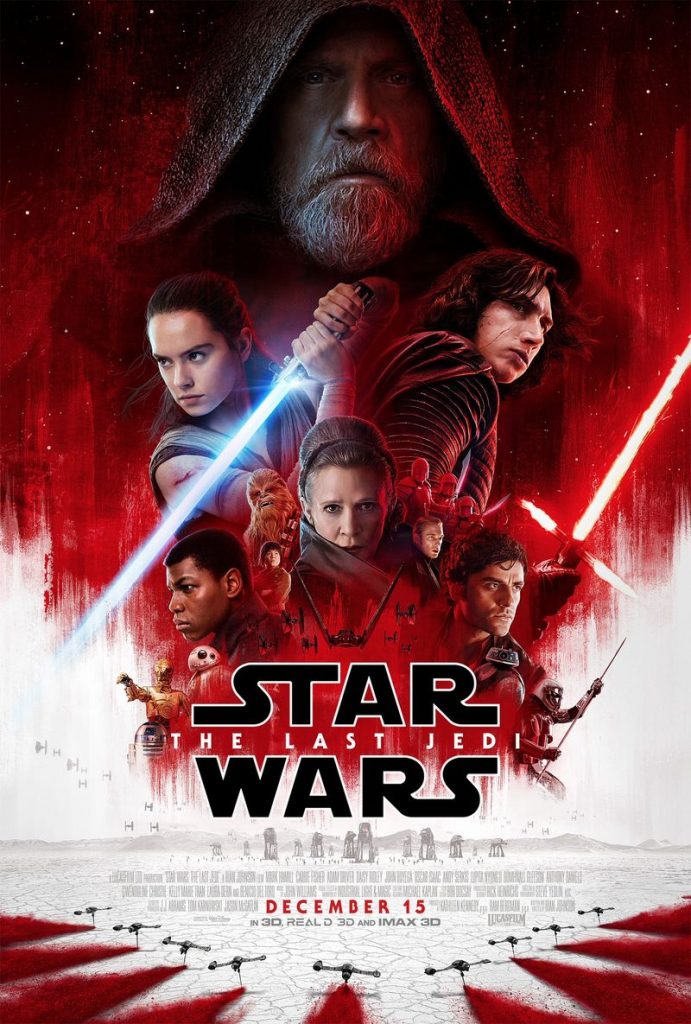 In Lucasfilm’s Star Wars: The Last Jedi, the Skywalker saga continues as the heroes of The Force Awakens join the galactic legends in an epic adventure that unlocks age-old mysteries of the Force and shocking revelations of the past.

Star Wars: The Last Jedi is written and directed by Rian Johnson and produced by Kathleen Kennedy and Ram Bergman. J.J. Abrams, Tom Karnowski and Jason McGatlin are the executive producers.