Over the course of his 79-year history, DC Comics’ Dark Knight Detective—The Batman—has been interpreted and reinterpreted over the years as everything from vampire to a space crusader to a god. However, despite the pun inherent in his name, Gotham’s hero has never taken on a team full of villains in a baseball game.

Co-created Stephen Winchell, Sean Rose, and Chris Giger, “Batman at Bat!” is an engaging, smart radio play made by these fans centering on the Caped Crusader and his friends playing the inmates of Arkham Asylum in the highest stakes game of baseball ever conceived. Should Batman’s rogues gallery win, they will also secure their freedom.

Inspired by a love of baseball broadcasts from the 1930s and 1940s and radio in general, “Batman at Bat!” was crafted to feel as authentic of those broadcasts, only with an indelibly superhero twist.

Mr. Winchell spoke with us recently about the conceit of “Batman at Bat,” the early stages of making the radio play a reality, and why, as quintessentially American staples, Batman and baseball were a perfect fit for this homage to radio broadcasts of yesteryear. 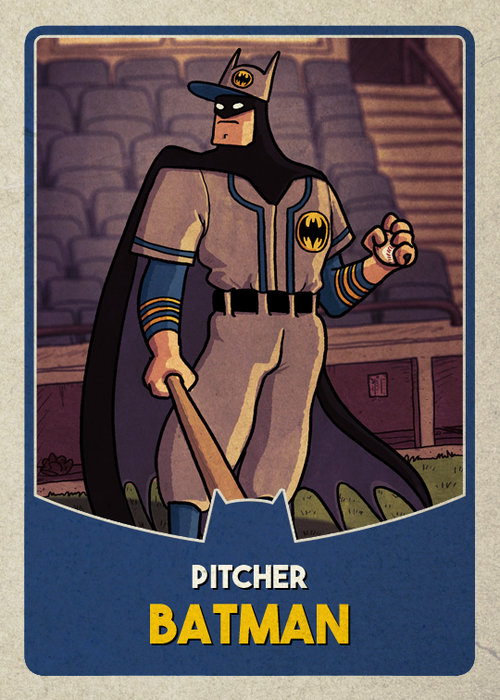 FreakSugar: “Batman at Bat!” is one of the most unique takes on the character I’ve heard of in years. What can you tell readers about the concept?

Stephen Winchell: “Batman at Bat!” is a 9-inning baseball game set in 1943 between the heroic Batman’s Big Shots and the evil Arkham Assassins. If the villains win, they all get to go free.

We wanted to do something a little different, so this game is presented entirely from the point of view of the radio broadcasters calling the game. All the superhero nonsense — the laser vision, the fear gas, the batarangs — they’re all narrated by two professionals watching the action from the press box. It’s as if you’re listening to a real baseball game being broadcast on the radio, except the players all have incredible superpowers and one of the players is a Bat-Hound. 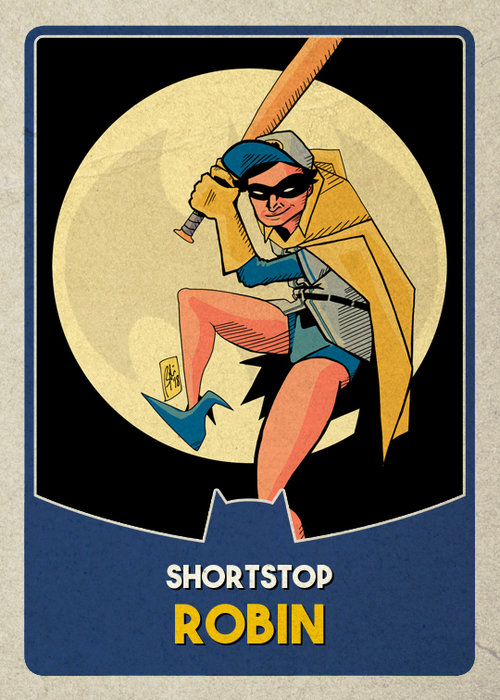 FS: You can tell the love and care and deep affection you have for the characters of Batman’s world when listening to “Batman at Bat!” What was the genesis behind the idea?

SW: At first this project had nothing to do with Batman. I had wanted to do a fake baseball radio broadcast for a really long time. Those pre-MLB players were notorious for pulling wild stunts and for cheating in spectacular ways. They’d put springs in the bases so they could bounce around the diamond, they’d discreetly mess with the outfield line, they’d cover the balls with mud and grit and garbage to make it harder to hit, all sorts of ridiculous stuff.

So that was the genesis: we wanted to make a really wild baseball game from the point of view of two radio announcers. The problem was getting players that the listeners would care about. We thought about using real teams from the ‘30s or ‘40s, then we thought about setting it between GIs and Nazis, but everything we tried seemed like a reach. If this was gonna work, we needed characters people could identify right away, characters who were easy to cheer for and easy to boo. At that point, Batman was an easy choice. Not only did he have enough villains to fill out a rival baseball team but he fit perfectly into the 1940s setting we were working with. 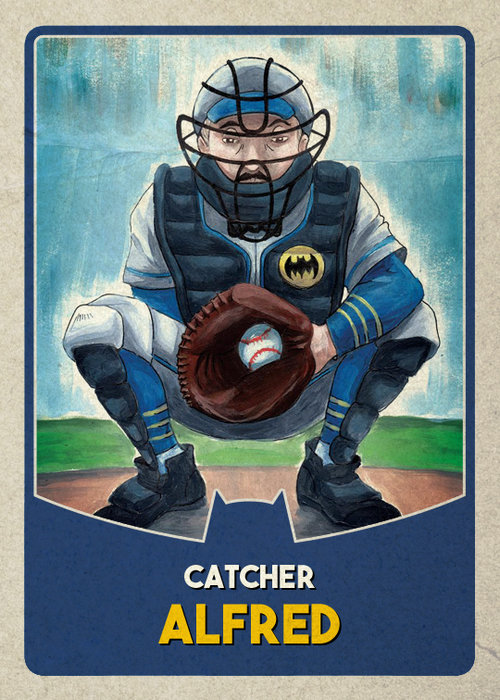 FS: Did you have a love of radio plays before starting out on this project? If so, are there any particular plays that impacted your work?

SW: I’ve admired radio plays ever since I was a kid. Despite Garrison Keillor being a grade-A creep, “A Prairie Home Companion” was a real staple of my childhood. As I got older I listened to some old mystery broadcasts, things like “The Shadow, ” “Sherlock Holmes,” “The Fat Man,” stuff like that. There’s really nothing like them, I love how they can make an evocative story in your imagination with just words and sounds. I’m also a big fan of “The Best Show,” which uses the format to do silly, conversational nonsense. There’s a lot of Scharpling & Wurster in the conversations between our broadcasters, Teri and Fred.

I’ve also made a few radio plays before this one. There’s the murder-mystery/Frasier prequel “Death Comes to Dukes,” its forthcoming follow-up “Murder at Marblehead,” and the Western Heck with Nuns. I like how listeners can enjoy these shows wherever they are, whether they’re at home, commuting to work, at work, wherever, whenever. 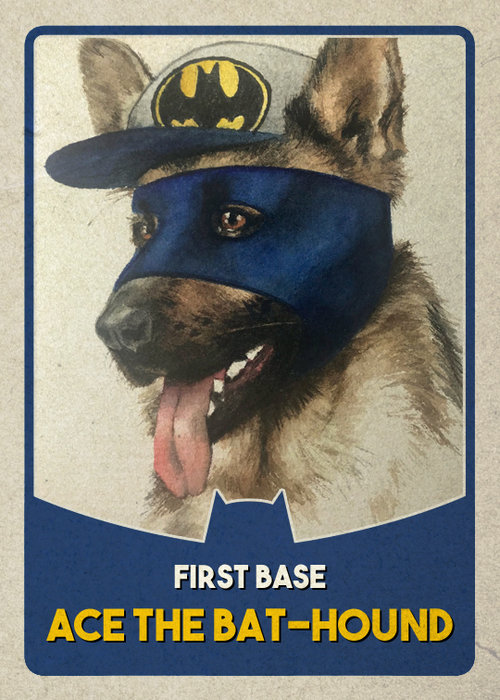 FS: You’ve mentioned that the project was born out of a love for baseball broadcasts on the radio. What appealed to you about combining Batman and baseball?

SW: I’m sorry for this pun, but to me Batman and baseball just fit hand to glove. They’re both a little old-fashioned, they’re both American institutions, and they both involve athletic prowess and silly outfits. 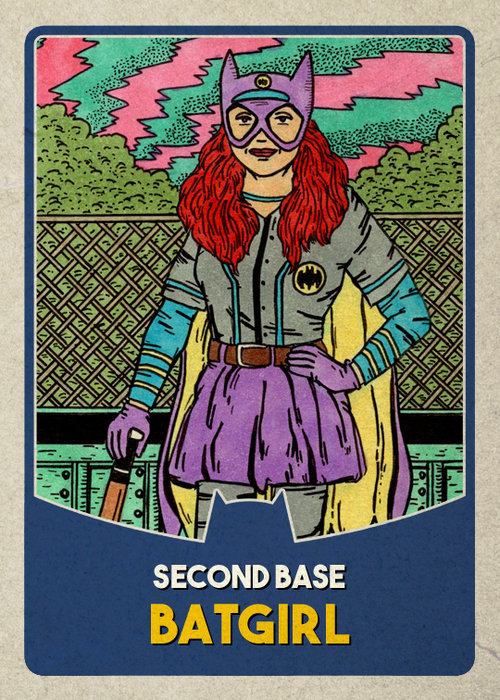 FS: “Batman at Bat!” features characters across several eras and iterations of the Dark Knight’s mythos. Are there any characters for which you have particular affection?

SW: We had a lot of fun figuring out everyone’s gimmick on the field. Things like how Gentleman Ghost always gets beamed, how the Ventriloquist always strikes out since his bat is too small, and that Batman and Superman aren’t very good at baseball. It was also a real joy to trot out Ace the Bat-Hound and let him get a bunch of home runs.

But the character we fell in love with the most was one of our originals, ex-Gotham Knight player and current color commentator Fred Wilcox. He was never a great ball player and he took way too many pitches to the head. He drinks too much beer, eats too many Gotham-style hot dogs, and has trouble keeping his head in the game. At one point he gets sent into 1999 and comes back singing Limp Bizkit songs. 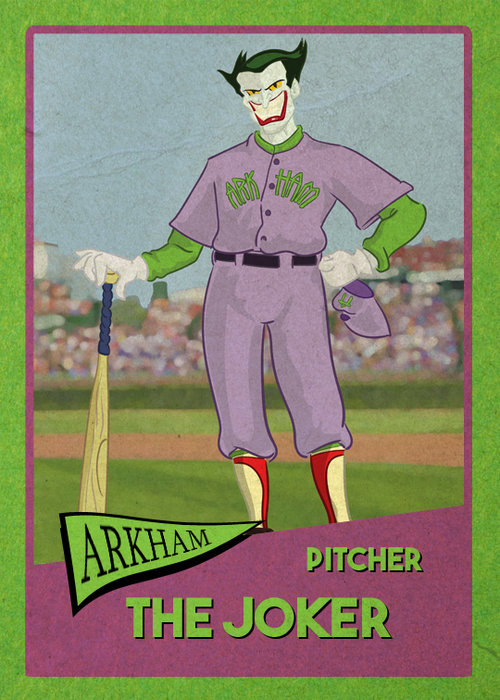 FS: I admittedly know just bare bones idea about how plays like this come together. Can you tell us a little about how this project formed and about the other creators and talent involved?

SW: I had just finished a Western called Heck With Nuns, and I knew I wanted to do a sports show next. The problem was, as much as I like the idea of baseball, I have very little knowledge of the nuts and bolts of the game. So I asked my very funny and talented friends Sean Rose (a die hard Mets fan) and Chris Geiger (the biggest baseball fan I know and a big Cubs guy) if they’d help me write it.

The first thing we did was draft the teams, then we wrote what would happen in every inning. It was really important to us that this thing had a legitimate game of baseball under all the silliness. Once we had an outline, we added all the dialogue over it.

Once the script was done, we got a group of really talented actors led by Zack Mast and Mary Beth Smith, and we recorded at the studio at the Cards Against Humanity office here in Chicago. Once we got the coverage from the actors, Eric Garneau mixed and edited the audio.

We also got a lot of help from The Nerdologues, a super-earnest and super-nerdy comedy production collective. They’re the ones who wrote and performed in all of the period-appropriate commercials that played between innings. My favorite is Carmine Falcone trying to sell discreet dockside warehouses. 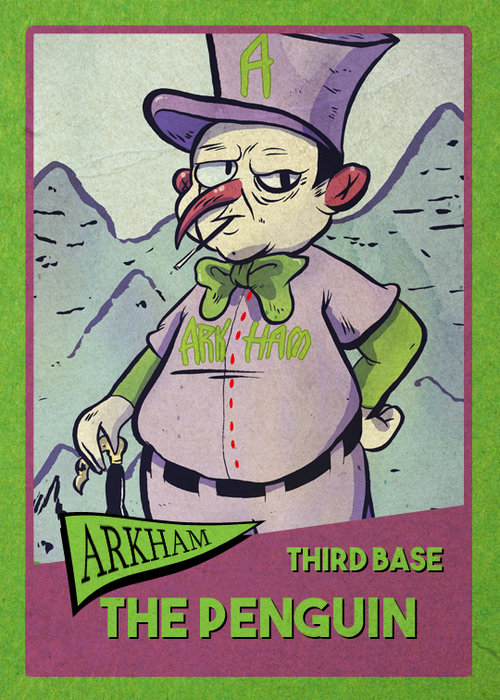 FS: When the game is over, do you have a follow-up in the works, either with Batman and company or other characters?

SW: No follow-ups are in the pipeline as of yet, but if one were to happen I’m hoping to pivot to boxing, another radio-friendly sport. Fourteen brutal rounds of superhero mayhem. Who knows what could happen between the ropes…

You can now listen to “Batman at Bat!” free here on iTunes! And be sure to check out the “Batman at Bat!” website for statistics of players, art featuring the heroes and villains in the play, and a whole host of extra content