Fiction is a fabulous medium to address the nature of responsibility, how folks who might not necessarily be ready for responsibility react when they are forced to step up to the plate. However, what if that responsibility not only includes being an Earthling co-opted into ruling an alien kingdom, but also bearing the weight of godhood in the process?

That’s the question that Steve Skroce–storyboard artist for The Matrix and artist of We Stand on Guard–looks to explore in his upcoming Image Comics series Maestros, hitting this fall. Maestros follows the story of Willy Little, a millenial living in Orlando, who was banished to Earth by his wizard-king father. However, his banishment is abruptly halted when Willy’s father and the entire royal family are murdered, leaving only Willy to wear the weight of the crown. Coupled with a spell that will allow him to become a god, Willy will have to attempt to navigate both his new responsibilities and abilities. How that plays out in serious, fantastical, and comical ways is what Skroce will throw the spotlight on. 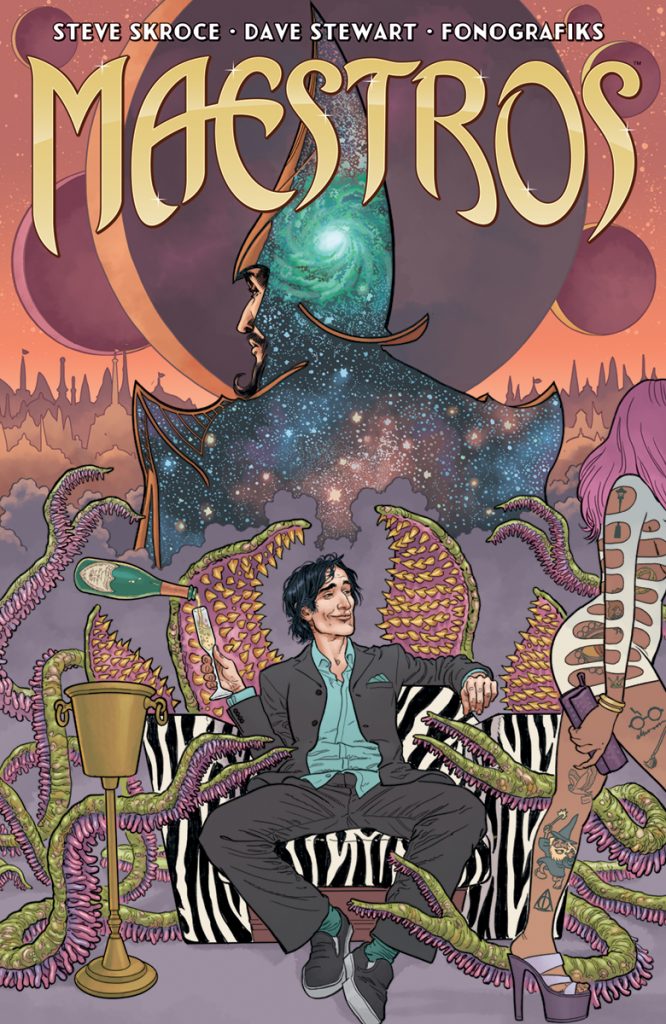 Skroce’s art–both his renderings and how he composes a scene–is always gorgeous to behold, and early buzz suggests that he’ll be bringing that sensibility to his writing for Maestros. We’re lucky to have Skroce’s comic book storytelling talent and exciting to this new project. More Skroce goodness! Keep it coming!

Superstar comics and storyboard artist Steve Skroce (WE STAND ON GUARD, Wolverine) will take on both writing and art duties in his all-new, totally irreverent and fantastical action-comedy MAESTROS this October from Image Comics.

The Maestro and his entire royal family have been murdered. Now, his banished son from Earth will inherit the Wizard King’s throne along with a spell that turns its user into GOD. With enemies everywhere, will this Orlando-born millennial be able to keep his new magic kingdom?

“MAESTROS is a finely seasoned stew of everything I love about the fantasy and action adventure genres,” said Skroce. “I tried to create a universe where all my beloved magical characters and settings might exist together, side by side. The protagonist, Willy Little, isn’t a chosen one; he’s granted ultimate power through blind luck—but can a nice guy stay nice when no one ever says ‘no’ to him again?”