What’s in a name? Well, if it’s a good one, then a whole lot of effort, for starters. Naming a new work is more art than it is science, and it’s not easy task to get right. If you’re keen on a bit of schadenfreude, then the board gaming landscape is ripe for humor. “Board games other than Monopoly” still describes a very niche market, yet with thousands of titles released every year, it’s not hard to pick out those monikers that are either too blunt, too filled with buzzwords, or just plain bad.

Game critic Jeff Gerstmann hit the nail on the head earlier this week. A strong showing of tabletop games at PAX South inspired Gerstmann to lampoon board gaming with a list of ten fictional titles, each of which pokes fun at one or more of the industry’s bad habits. I can’t wait to get my hands on Card Assault and Someone’s a Spy or Something.

Later, as I was selecting my nominees for the 2014 Golden Geek awards, I faced a daunting task: To scroll through BGG’s monster list of every single game published in 2014. The only way to survive such an endeavor was to also keep a running tab of the hilariously bad titles. Today, I present to you the fruits of my labor: 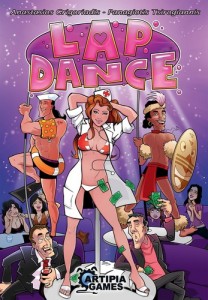 It seems I may have also started the list of 2014’s worst cover art.

And with that one, I’m out.