Ahead of the season 2 premiere of Netflix’s Stranger Things on October 27th, the streaming service has been releasing movie poster homages to the 1980s films that the series frequently references. (Check out the previously teased images here!) Today, the official Stranger Things Twitter account tweeted out a poster that pays tribute to one of the series’ biggest inspirations, The Goonies.

And the original Goonies poster for reference: 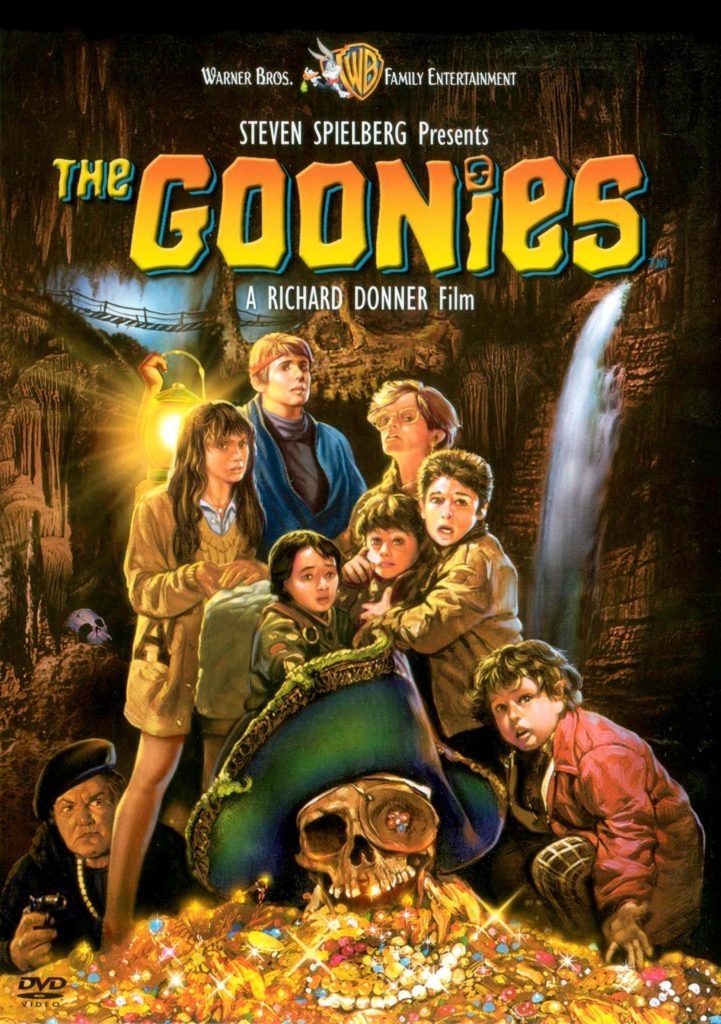 Of the several movies that the 1980s-set Stranger Things references, The Goonies is one of those films that shares the greatest amount of DNA with the Netflix series. Both feature a rag-tag group of kids with once-in-a-lifetime chemistry on a mission to protect their families and the people they care about. And, like the Goonies, the Stranger Things crew never says die.

An aside: It’s all kinds of great how much Martha Plimpton’s Stef and Kerri Green’s Andy look like Shannon Purser’s Barb and Natalia Dyer’s Nancy. It’s seriously uncanny.