Kara Zor-El—the heroine known as Supergirl—wants answers. She discovered that an alien known as Rogol Zaar claims her home planet of Krypton was not destroyed by natural causes. Using information she gained from Zaar’s axe, Kara heads to the Green Lantern planet of Mogo to derive the answers she seeks. Under writer Marc Andreyko’s pen, Supergirl has been a fun, raucous, and thoughtful comic book series, and this story arc has not been any different.

We spoke with Mr. Andreyko recently during the publication of issue #22 about where we found Kara in her search for answers about the destruction of Krypton, her emotional state as she conducts her search, and personality traits of Kara that haven’t always been explored in past stories. 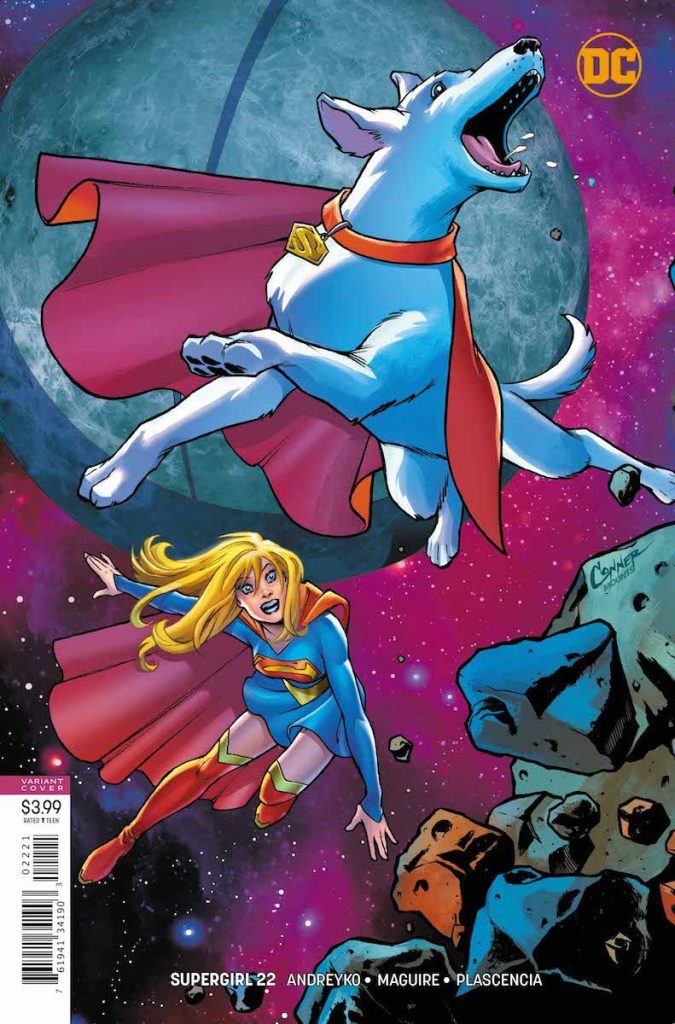 FreakSugar: Where do we find Supergirl in her quest for the truth behind Krypton’s destruction at the beginning of Supergirl #22?

Marc Andreyko: We find Supergirl going to the Green Lantern planet Mogo as she’s trying to figure out if Rogol Zaar’s claims that the destruction of Krypton wasn’t a natural disaster, that it was an inside job. She’s trying to track that down. When Green Lantern Hal Jordan scanned Rogol’s axe, he found some redacted files in the Guardians of the Universe’s archives. No one knew there were redacted files, so she’s going to un-redact them if she can.

FS: With the destruction of Krypton, what is Kara’s emotional state as she conducts this investigation?

MA: She’s wrestling with a lot of stuff. She’s wrestling with trying to find out who she really is. When she got to Earth, even though she’s technically older than Superman, she’s been Superman’s cousin. As she told Clark, “Krypton’s destruction was theoretical to you. You were a baby. Every single person I knew is dead.” There’s been a lot of her avoiding dealing with that loss and survivor’s guilt. There have been so many interpretations of her origin over the years. Where is her place in the universe?

Part of it, too, when a child who is not a toddler when adopted and had parents before that—sometimes they don’t allow themselves to love their adoptive parents for fear they’re betraying their biological parents. Kara has something similar. She doesn’t feel at home at Earth because she’s afraid that if she embraces it, she’s forsaking all the people lost on Krypton. There’s a lot of emotional stuff going on there tied into this quest to find out what Rogol Zaar did and who helped him out. It’s a physical manifestation of her interior emotional quest.

With that being said, it’s also a big fun space adventure. There’s not a lot of navel gazing and Kara in a coffee shop writing beat poetry. [laughs] Krypto the super dog is there. There’s a lot of fun stuff going on. But for me, the bigger the superhero story, the more honest of an emotional core you need to have to make all the space battles have value. 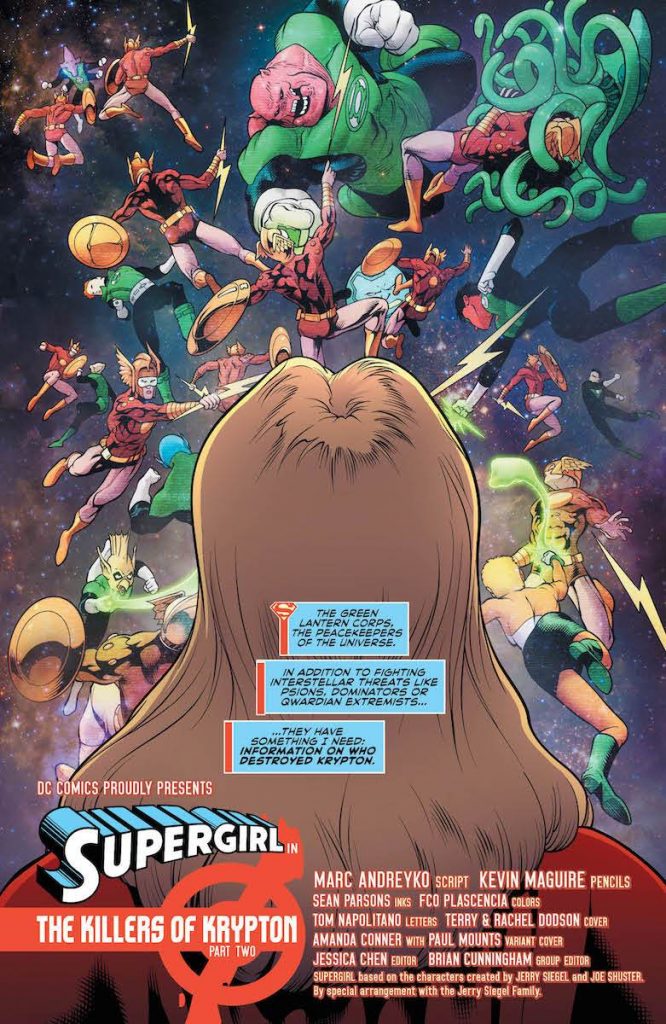 MA: Only in that all experiences affect us in some way. Is she acting rash? No; she’s not Wolverine or Lobo. [laughs] There is a little bit of a raw nerve aspect with her. She’s hedging what she’s saying. She’s realizing that she needs to bring it down when talking to some people because they don’t know what you know. She’s not acting rash or impulsive. She just knows what’s out there.

FS: What’s the collaboration process been like with legendary artist Kevin Maguire?

MA: It’s been an absolute dream. I’ve been a fan of Kevin’s since I was 15-years-old. Working with Kevin Maguire is akin to being a student and having Robert De Niro in your student film. [laughs] What he draws is just so vibrant and alive. It’s a privilege to work with him. And he’s also a lovely guy.

FS: As you said, there’ve been many interpretations of Kara over the years. Who is Kara to you?

MA: Something that’s not touched on much is that Kara is incredibly intelligent. She’s probably smarter than Clark. She was something of a science prodigy on Krypton. We’re leaning into that. In her investigation, she’s not always on going to be on a planet with yellow sun. She’ll have to use her wits. She’ll need to be a detective and use her brain. It’s nice to explore her as intellectually powerful as physical powerful.