FreakSugar contributor Terena Bell shares her thoughts about The CW’s Supergirl and how the series has changed since its move from CBS for season 2.

The CW’s Supergirl has been amazing if you’re a comic book fan–not so super if you’re a girl.

When Supergirl moved from CBS to CW, it was supposed to be a good thing. Female superheroes have always fought harder for screentime: While only one Supergirl movie’s ever been made, there are 10 Superman movies. And a lack of representation on the big screen hasn’t been fixed by the small screen either.

Producers say it’s because girls don’t like comics. If the ratings aren’t there, they aren’t there, and CBS pulled Supergirl because it spent making it than the show earned back. So of course CW had to make changes. Some–like moving production from Los Angeles to Vancouver–were no big deal. But others–like getting rid of Cat Grant (Calista Flockhart)–were sad, really.

I mean, think about it: Cat was amazing. Not only was she the bad-ass owner of CatCo–a publishing conglomerate she started from scratch–but she won every journalism award on the planet, looked fantastic, and was the only person in National City not fooled by Kara’s (Melissa Benoist) glasses. Cat Grant mentored Kara; she honed her instincts and made her stronger. But CW needed to save money, so Cat had to go and Jimmy Olsen (Mehcad Brooks) got her job. 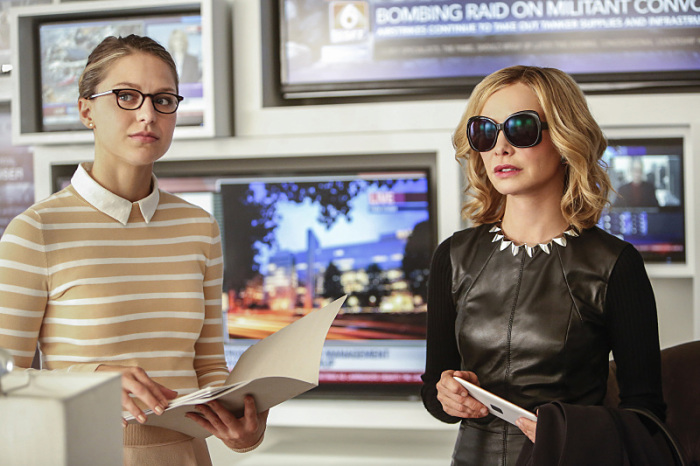 Don’t get me wrong. Jimmy’s a swell guy and he and Kara were perfect together. But after a year of fawning over him, Kara dumped the guy during CW’s first episode.

In a way, Kara doing so signaled a change in her development–that shift from girl to woman that season one worked so hard to accomplish. On the surface, you could say she lead him on–that she only wanted him until she got him. But she didn’t mean to. Kara dumped Jimmy so she could choose herself, saying “Now it’s time I figure out how to be Kara.”

Except lately, it feels like Kara doesn’t know who she is at all.

Whereas season one of Supergirl was all about girl power, season two is about DC power. On CBS, Supergirl stood alone: She was the only hero in her world and–over and over again–she saved it just fine. But right off the bat, the first two episodes of season two featured her and Superman (Tyler Hoechlin) together. Before, he was a long-distance relative she chatted with online. She didn’t need him–he needed her: Max Lord (Peter Facinelli) turned the guy into a zombie and she had to save him. But immediately CW has Kara so dependent on Clark that she thinks about moving to Metropolis. 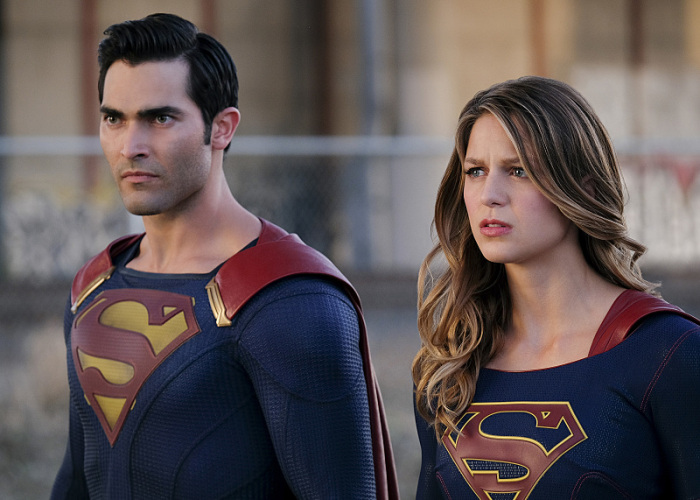 When Clark finally left, I thought, “Great. Now we can get back to the show.” But along came The Guardian and Mon-El (Chris Wood). Jimmy wants to be a superhero, fine. It doesn’t make Kara less of a woman to accept help from friends. But she dumped Jimmy to become to herself. And now that self is falling for Mon-El, who’s literally a handsome prince?

Sure, CW hasn’t said, “Hey, Mon-El didn’t guard the prince, he is the prince.” But it doesn’t take more than two Dominators bowing to figure it out. Mon-El is HRH Tall, Dark, and Handsome; Kara is a beautiful blonde; together, the two look #StraightOuttaDisney.

Problem is, season one Supergirl was no sleeping beauty. She was a bad ass and, CW, we’d like her back.

Supergirl airs Mondays at 8:00 PM on The CW.

Terena Bell has been a Supergirl fan since the 1984 film release. Originally from Kentucky, she now works as a freelance journalist in New York. Follow her on Twitter @TerenaBell or learn more at terenabell.com.