While I consider myself to be fairly in-tune with pop culture, I somehow managed to escape the past 15 years without watching more than an episode of CBS’s long-running reality game show Survivor, which just wrapped its 30th season last night. As my wife and I frequently hate-watch reality shows that are far worse than Jeff Probst’s watered-down version of Lord of the Flies (*cough* Dance Moms *cough), at the behest of the missus, I gave season 30 a shot. What follows are a few stray observations and takeaways from my maiden voyage into CBS’s heart of darkness.

1. There were a noticeable lack of dragons involved in Survivor. Maybe I’m making this up, but I’m fairly certain that I was promised dragons or, at the very least, an appearance by a stray griffin. Strike one, Probst. Strike. One.

2. Nobody told me that royalty would be participating in the season. All hail the Mouse King! 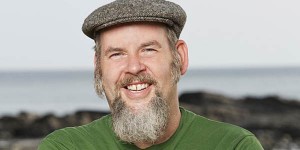 3. Apparently, birthdays are a big deal while on the island, as per Rodney’s constant lamentations and bitching? Was there a warped Shirley Jackson-type lottery and the show had to allow a cracked-mirror of a cartoon to participate?

4. Jeff Probst must be paid an obscene amount of money because I’m pretty sure I’d summon the Smoke Monster to devour nearly every one of the contestants. There’s supposed to be a Smoke Monster on Survivor, right?

5. During every competition, the entertainment factor would have been upped by 1000% if Probst shuffled out dressed as Effie Trinket and declared, “May the odds be ever in your favor.”

6. So, does everyone in the game just go nose-blind after a while? Because if I go for a day without showering after a long run—which I never do, because dude—I start to smell like Snookie after an all-night bender. And I’m sorry, washing up in the water ain’t gonna cut it. Also, how often can you use leaves until you’ll need baby powder? Vomit.

7. Apparently, there was a contestant on season 1 named Kelly Wigglesworth. Now y’all are just fucking with me. She sounds like a Dr. Seuss character.

8. I know nothing of this Joe contestant, but he proves that man-buns can be glorious. #ManCrush 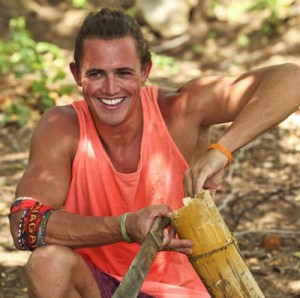 9. Why wasn’t anyone on the island naked and/or afraid? Or drinking their own urine? The Discovery Channel is a lie.

10. So, I’m confused: Each jury member is supposed to vote for the contestant to win based on who he or she thinks played the game most effectively. According to Rodney’s reasoning, however, that seems to be based on “keeping it real,” whatever the fuck that means. Does keeping it 100 factor in somehow? Not fronting? Being true-blue? Not being a punk-ass faker? Rodney, oh oracle, oh logos, please enlighten me.

11. If the contestants really wanted to get off the island, why did no one build a radio out of coconut shells? Because that seems to be a hole in the show’s logic.

12. Is Jeff Probst a warlock? Seriously, the man does not age. Does he drink the blood of the discarded contestants, letting their losses become his strengths?

14. Seriously, all jokes aside, Joe’s man-bun is a sight to behold. Teach me your dreamy ways, Joe.

While I enjoyed the season, if 31 doesn’t resemble The Running Man, I better seeing some freaking sphinxes at the very least.