Letterers are some of the unsung heroes of the comic book profession. Their hands help guide the reader as they take in the story from one panel to the next and work to keep the flow of the tale moving forward. And whether you consciously realize it or not, a comic’s lettering can make or break a comic. The quality of lettering on a book inevitably lowers or elevates the overall look and feel of the comic and the overarching reading experience.

In honor of the day, I recently interviewed comic book veteran and letterer Taylor Esposito about his history with the industry, how he became involved in lettering, his process, and what he would like everyone to know about the work. 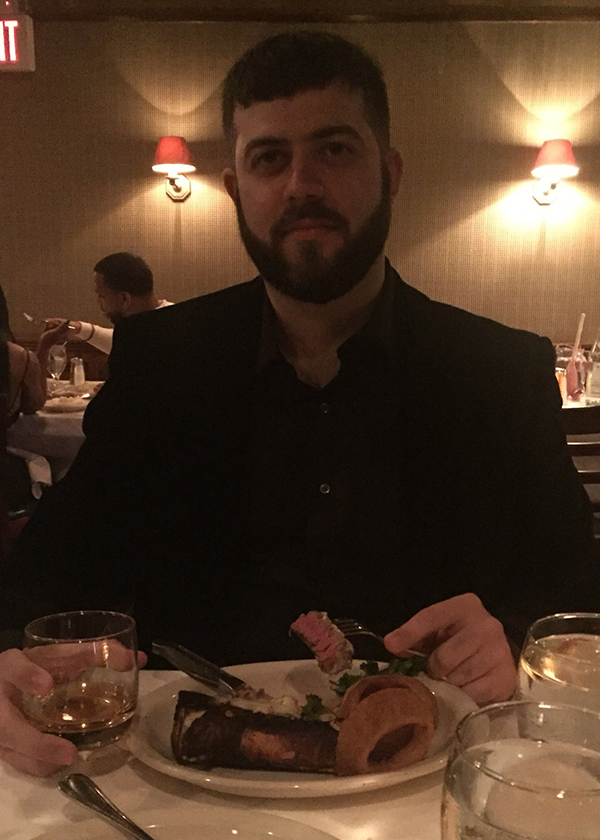 FreakSugar: Before we get into your process and lettering in general, how long have you been a letterer and how did you get into the profession?

Taylor Esposito: I’m closing in on 6 years now in October lettering. I’ve been in the industry since March of 2007, but I picked up lettering after I got let go by Marvel in the big layoff of 2011. I took that year to learn lettering, and a year to the day of getting let go from Marvel, I was on the DC lettering staff.

FS: What was it about lettering that drew you to the work?

TE: I always had an attraction to the process when I was a production artist at Marvel. I kind of reverse-engineered how lettering was done while looking at the files, then went out and got books on the subject to learn more. I was also always into typography in college studying graphic design, so it was always in the back of my mind.

FS: While I’m sure the number fluctuates, on average how many projects do you work on at a given time and what books are you currently working on?

TE: It’s tough to give a weekly assessment, but in any given month I’m juggling about 20 books. To make lettering financially viable, you need to do about a book a day, which I’ve been lucky to have. In fact, my studio, Ghost Glyph Studios, has another letterer working with us (Dezi Sienty, also of the DC lettering staff) and we regularly have an intern in the studio to help us out and learn the craft. Currently, I’m doing a few of the Webtoon strips, some announced, some not quite yet. I’ve honestly blanked at the moment what I have, but the Ghost Glyph Facebook and Twitter pages are constantly updated on release date. 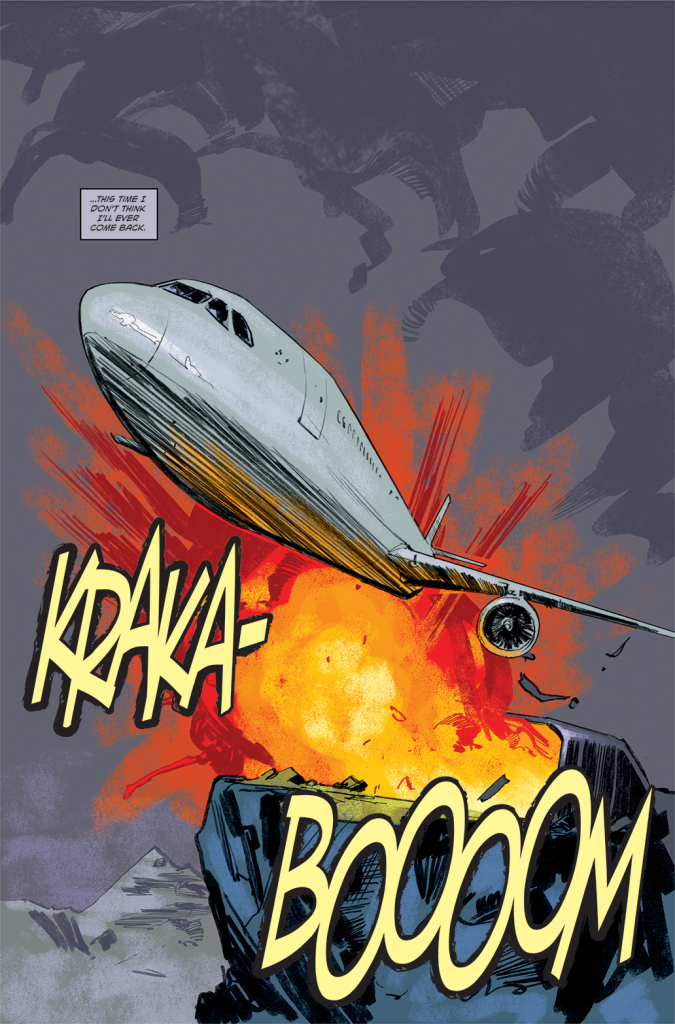 From BABYTEETH. Lettering by Taylor Esposito.

FS: Since doing your first assignment as a letterer, what’s one of the biggest lessons or takeaways you have learned?

TE: This job is not easy and incredibly demanding. Deadlines wait for no letterer. [laughs] I know many people think lettering is easy because of the effortlessness some letterers seem to have with the craft, but it is actually very involved. The biggest mistake is many folks use it as a stepping stone to other parts of the industry. The fact of the matter is, lettering may be one of the most competitive parts of comics, due to how many great letterers there are and the sheer volume each one can do.

FS: While I am sure every project is different, is there a process that you go through when tackling a new project?

TE: Indeed there is. Typically, I look over the art and script, to try to get a feel for the story. Then I pick out a font to suit the book and develop a balloon style guide to make the job go faster. I try to match the “personality” of the book, so even though it is all digital, there is a sense of organic-ness to each project. 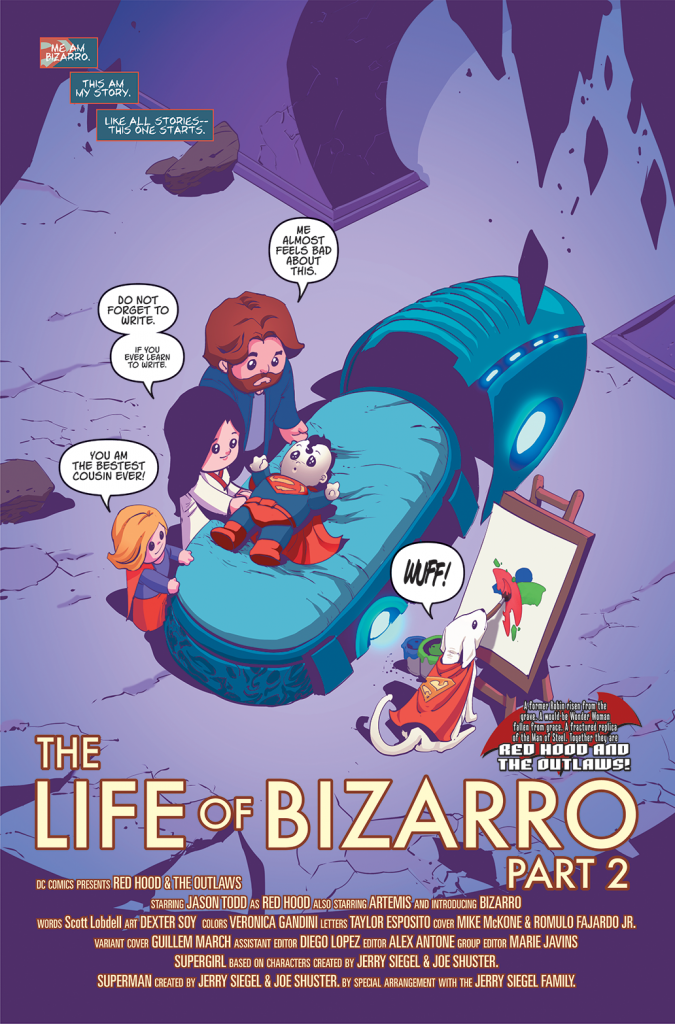 From RED HOOD AND THE OUTLAWS. Lettering by Taylor Esposito.

FS: About how long does it take to letter the average script?

TE: I can do it in a work day, provided there are no corrections on other projects or distractions. However, with my schedule, I usually need a few days, as there is a queue and I don’t like to keep any clients waiting.

FS: Do you create your own fonts or does it depend on the needs of a story?

TE: I don’t personally create fonts, but those who do, like my friend and mentor Nate Piekos, do on occasion. I do choose from my library though, for that reason.

FS: What are some misconceptions about lettering you would like to see cleared up?

TE: Definitely that anything below $15 a page is an acceptable rate. Too many people don’t place enough importance on it, and as such, undervalue the job. Many new creators take lower rates thinking it will get them a foot in the door, when all it real does it drive rates down.

Another is that it’s quick. While it is fast for the professional, that doesn’t mean we need to be given deadlines with barely any time. We are working professionals and can’t drop everything to make an insane deadline.

Finally, I’d like it if lettering wasn’t used as a first draft of scripting. When stories are rewritten after a lettering draft is turned in, it’s essentially a new page, but we don’t get paid for them again because they are being treated as corrections and not rewrites. That is taking money out of our pockets and delaying other projects. 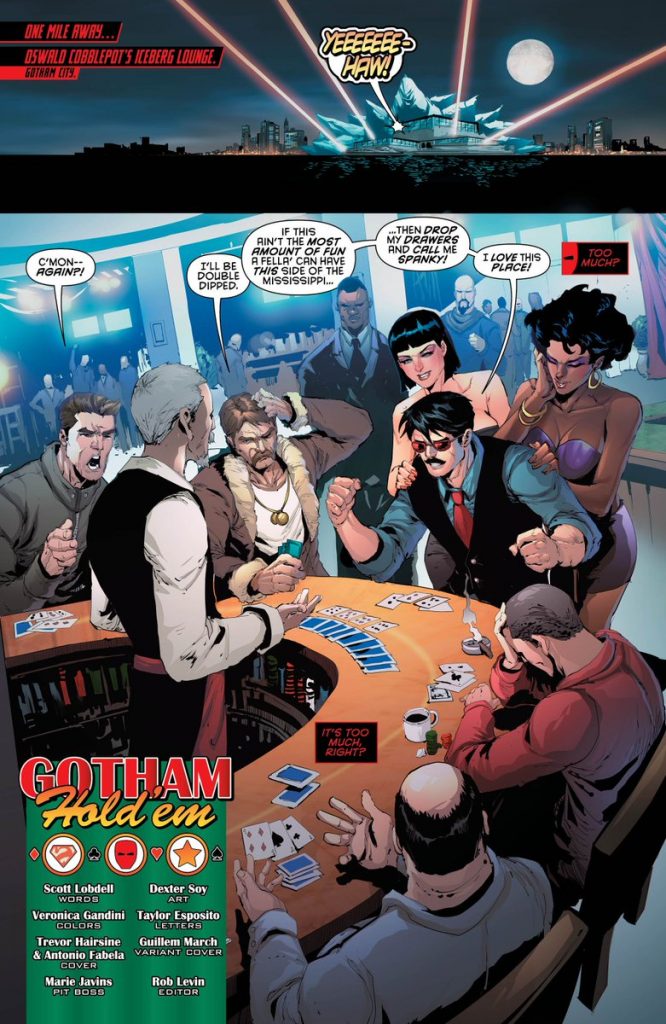 From RED HOOD AND THE OUTLAWS. Lettering by Taylor Esposito.

FS: What are things that your collaborators on a book do that make your job easier or more difficult?

TE: One example was as I said about rewrites. When writers go through their script after the art is turned in and edit to match the available space is a great help. Artists also leaving space for lettering and keeping the first speak of the panel on the left help immensely, too.

FS: Is there anything about a particular assignment that gets you especially jazzed to be able to work on it?

TE: Nothing I can talk about at the moment, unfortunately. But keep an eye on social media, they will be posted as they are announced.

FS: What are some takeaways you’d like readers to know about lettering?

TE: Lettering is subconsciously guiding you along the page, so don’t think of it as invisible, but as a guiding hand.

FS: Are there any projects coming down the pike you’d like to tease? 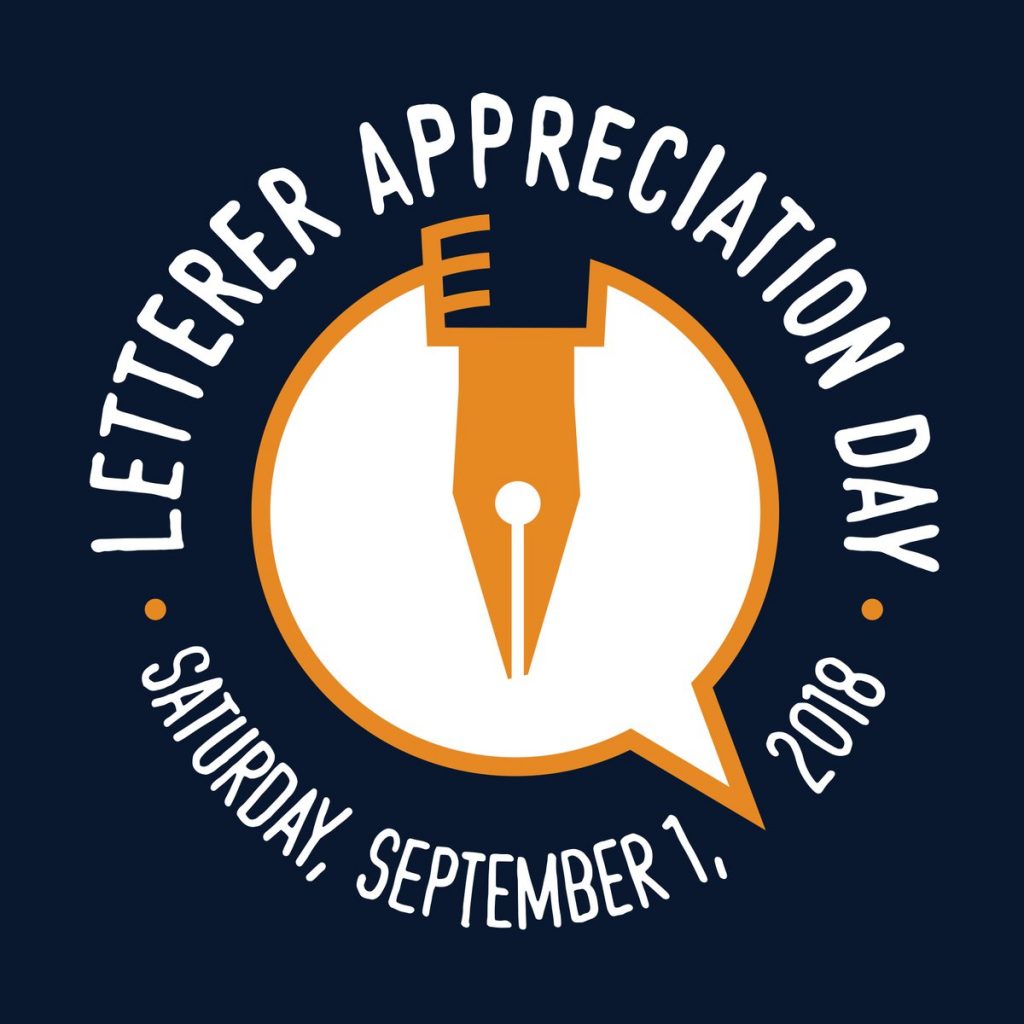 As I said, today is Letterer Appreciation Day. If you follow any letterers on social media, let them know how much you value you what they do to enrich your comic book-reading experience!