Some of the Teenage Mutant Ninja Turtles’ most fun, surreal adventures in both the cartoons and comic pages occur when the foursome encounter the PG-13 rated, Lovecraftian citizens of Dimension X. This August, IDW is revisiting that fever dream real estate in Teenage Mutant Ninja Turtles: Dimension X. The miniseries, which was teased during this May’s Free Comic Book Day, will feature a roster of rotating creating teams, with issue #5 displaying the phenomenal talents of writer Devin Grayson and artist Craig Rousseau. To get us jazzed for the event, IDW has given us an exclusive sneak peek at issue #5’s covers, brought to us by Nick Pitarra and Craig Rousseau! 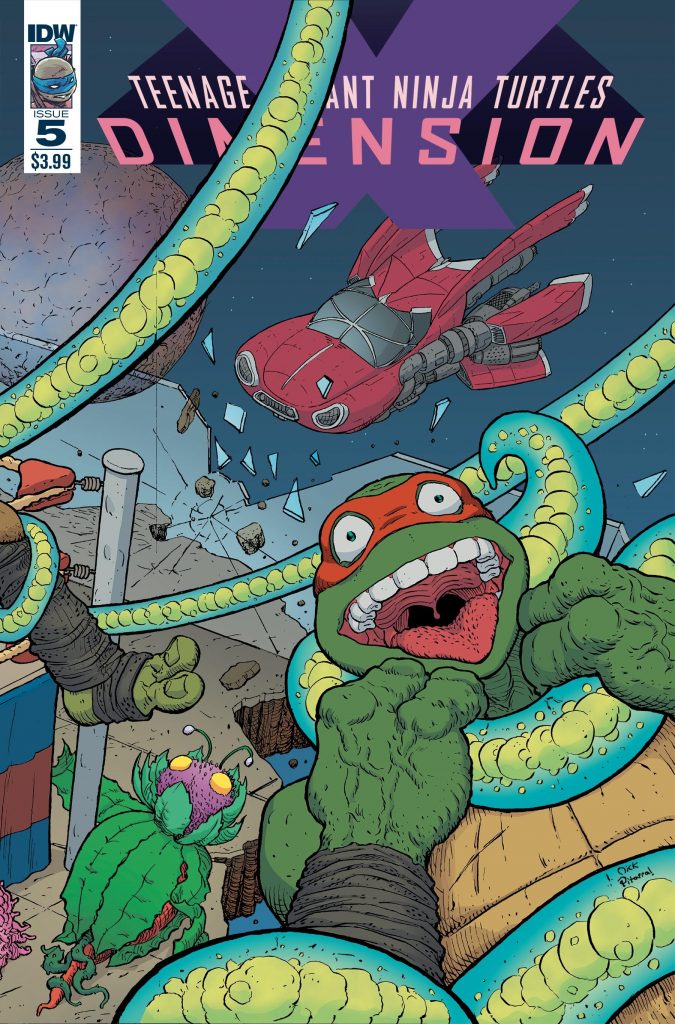 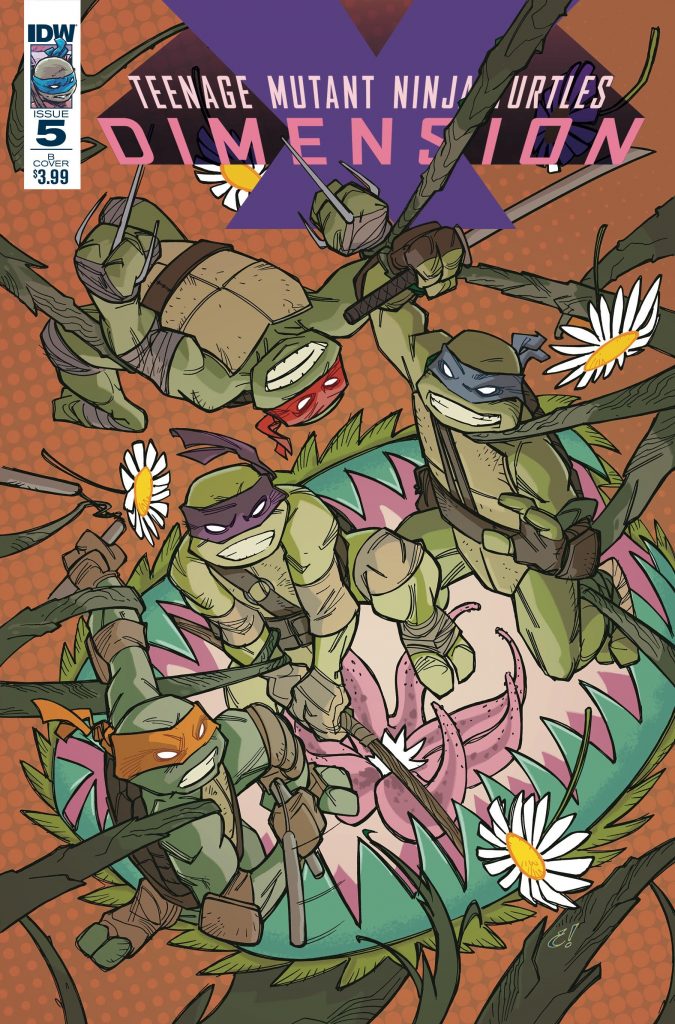 Both Pitarra (Cover A) and Rousseau (Cover B) show that they are more than adept at knowing how to mix the joy and the lucid dreamscape of Dimension X, which the best yarns about that Dali-esque world always highlight. August looks to be filled with tentacle monsters and Little Shop horrors run amok, and it can’t get here soon enough.