Representation in media–comic books included–is important, as it allows viewers and readers to point to a screen or a page and see themselves mirrored in some way. Representation allows fans to feel included in the pop culture worlds they love and are invested in; it makes them feel seen and valued. That’s why Marvel Voices: Pride is such an important anthology series. With a one-shot released in June 2021 and another released this month in 2022, Pride focuses on Marvel Comics’ LGBTQIA+ characters, giving them stories and the spotlight for readers–whether they be part of the LGBTQIA+ community or not–to learn about these phenomenal and rich characters. 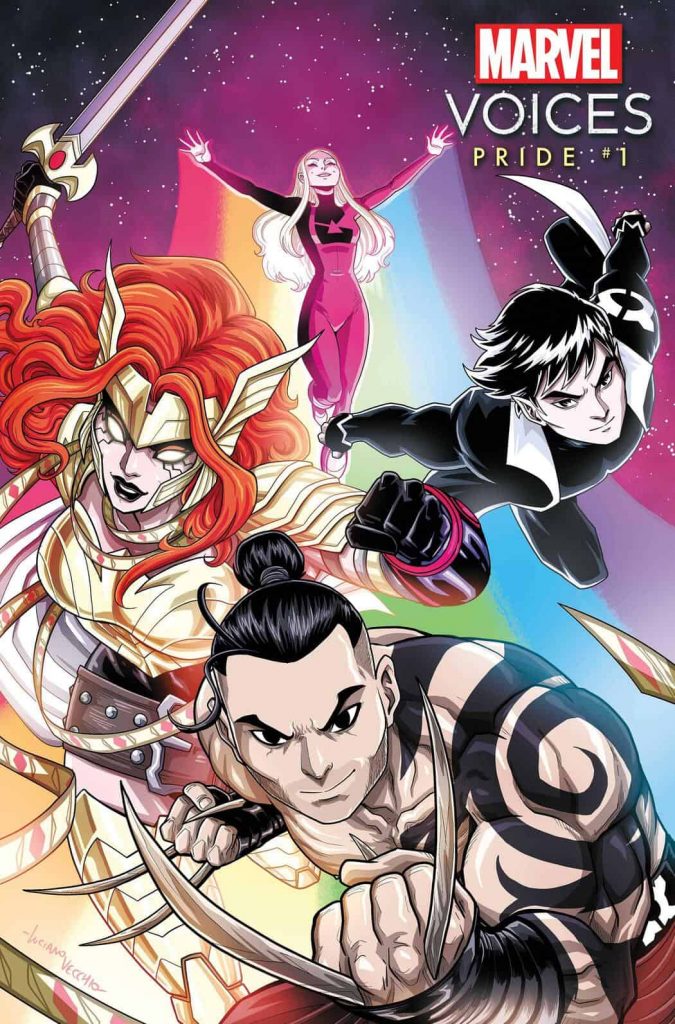 One such story is “Good Judy,” written by Terry Blas with Paulina Ganucheau on art, which focuses on Victor Borkowski–the mutant Anole and member of the X-universe. With Pride Month in full swing and Anole such an important character, both in the X-Men and for LGBTQIA+ representation, we wanted to revisit our interview with Terry Blas about their story in 2021’s Marvel Voices: Pride, why they were interested in working on the anthology, and what they hope readers take away from the tale and the collection.

FreakSugar: Before we get into the issue itself and your story, what can you tell about how you became involved in contributing to Marvel’s Voices: Pride?

Terry Blas: I was working on Reptil and was approached by another editor, to see if I had an interest in contributing a story. How could I say no? 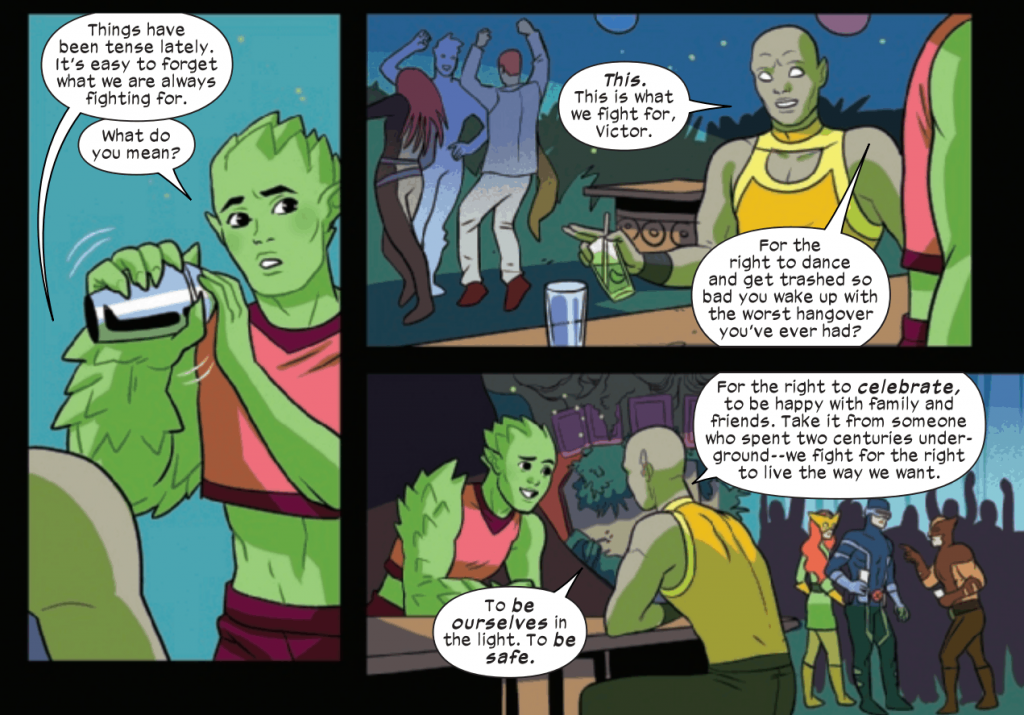 FS: Your particular story in the issue focuses on the X-Men character Anole. What can you tell readers who might not be familiar with Anole?

TB: Anole is Victor Borkowski, a gay, mutant, junior member of the X-Men. He is basically a lizard and can grow back his limbs, camouflage himself and he has a prehensile tongue. I’m certainly becoming the young, reptile writing guy, huh?

FS: Where do we find Anole when we encounter him in your story?

TB: Recently in the comics, Anole has been hanging out with the Shadow King on Krakoa (it’s mentioned a bit in this story) and he’s also been the bartender at the Green Lagoon on the Island. So we find him bartending and spending time with his best friend, Jonas Graymalkin.

FS: The preview art for the story is gorgeous. What was the collaboration process like with the creative team?

TB: A pretty standard but great process. I pitched a short story, had help polishing it up by a terrific editor and then it was passed along to the artist. It’s always exciting getting the art in your email inbox. It’s the best part of the process. 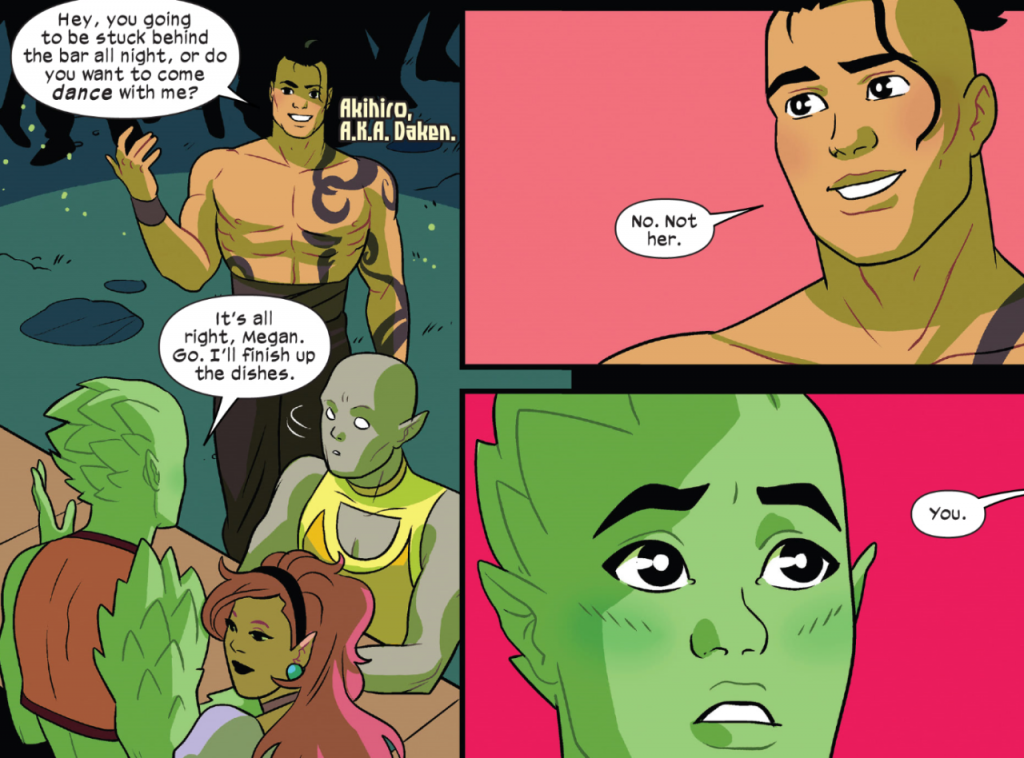 FS: You mentioned over at Marvel.com that you never dreamed when you were young that a comic like this would ever be made. What does being involved with the issue mean to you?

TB: It’s incredibly exciting. It’s a wonderful piece of history that will exist forever and can never be taken away. Having an issue that highlights many different LGBTQ+ characters also might expose people to characters they didn’t know, especially if they pick it up just because they want to see their favorite.

FS: What do you hope that readers take away from your story about Anole?

TB: I hope they enjoy a story about queer friendship. I think having friends who understand us is important, and quite often many LGBTQ+ stories in comics are about romance, so I wanted to do something different.