The American Genre Film Archive is an organization that works to preserve the sleaziest, most exploitive, weirdest, and rarest genre films in the world by housing them in a secret location in Austin, Texas. The AGFA loans films to theaters throughout the country for special screenings and events and some of the films in its collection are literally the only copies that exist. In order to ensure the survival of some of these important, under-seen genre classics, The AGFA is to turning to Indiegogo to raise funds to digitally transfer and duplicate these films so they can not only last, but be seen by current and future cult films fans around the globe.

For some of these films, only ONE copy exists. One physical copy. On film. That’s it. So if someone wants to hold a retrospective screening of said film, this ONE copy has to be physically delivered by the AGFA, carefully handled, carefully projected, and physically returned, otherwise the film could be destroyed and ERADICATED FROM EXISTENCE. Digital transfers could change all of that. And that’s a big deal.

So the AGFA needs your help.

As the digital era supplants 35mm film and studios let preservation fall by the wayside, a huge swath of movie history could disappear forever. Film prints have a limited lifespan. Like human beings, all prints are inevitably headed to the dumpster. However, with proper storage and care, we can prolong the lives of these prints and ensure that the movies themselves endure the ravages of time. AGFA preserves the orphan films that are moldering in storage units or being disposed of into the dark abyss of the ocean. Regardless of “artistic” merit, these movies are important. And fun! AGFA is here to give them a home.

The mission is to complete 2K transfers of these endangered titles, and then create digital duplicates. In the future, AGFA will be able to carefully restore and strike new prints of films that are in danger of being lost. But for now, we want to make sure that they stay accessible for everyone. These films can be seen as frescos that are about to crumble off of walls without even having been documented. This initiative will essentially photograph these frescos so they can be seen and shared. While AGFA is still dedicated to 35mm presentation, we want to make digital copies available of the rarest of the rare in our collection until full restorations can be made. 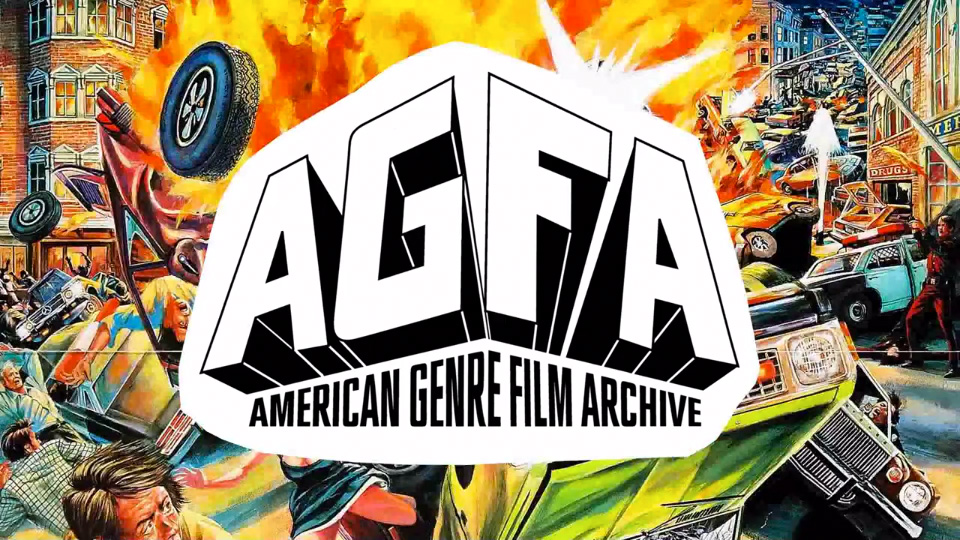 The first film to be preserved will be the ultra-rare 1975 oddity The Astrologer from director/star Craig Denny. Here’s what the AGFA has to say:

This self-financed movie stars Denny, a real-life astrologer. It concerns his (fictional) rise to fame as the personal star gazer to the President of the United States. Denny’s character becomes so famous that he decides to make a film within the film called THE ASTROLOGER, which stars himself.

THE ASTROLOGER is an intensely strange time capsule and a vision from a unique voice in American cinema — the self-produced madman. It’s AGFA’s duty to preserve incredible work like this. There’s no other movie like THE ASTROLOGER. It deserves to be seen.

The AGFA is offering some great rewards for backers of the Indiegogo campaign including screening tickets, swag, the opportunity to have a shelf in the archive named after you, a special party at the legendary Alamo Drafthouse, and more.

Don’t be a cheapeass. Help out the AGFA. Because if you’re like me, and you love the weirdo flicks that slipped through the cracks, this organization is goddamn godsend.