As depicted in DC Comics’ Vertigo Comics imprint, Lucifer—the Great Satan, the Morningstar, the First Fallen, Lord of Hell—has often had to move Heaven and Earth—sometimes quite literally—to achieve his goals. And just as often, he’s been in a compromised place from which he’s had to work harder than normal to achieve his ends. However, while Lucifer has been down, we’ve never thought he was ever out. He’s never been so behind as to elicit sympathy.

That is, until now. 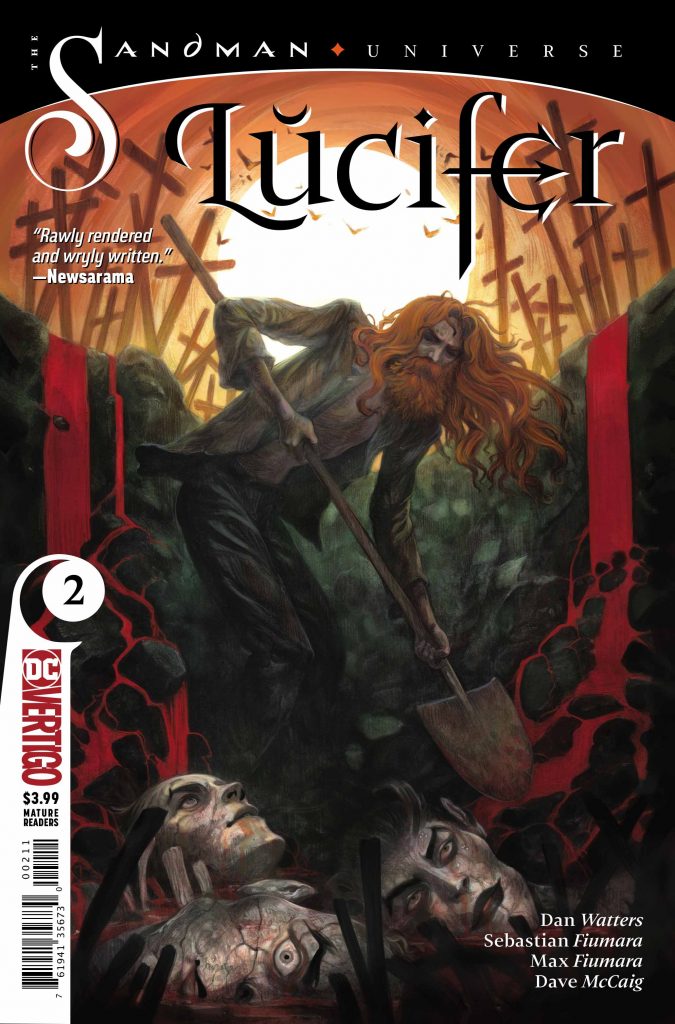 In the new Lucifer series relaunch—written by Dan Watters, illustrated by Max Fiumara and Sebastian Fiumara, colored by Dave McCaig, and lettered by Steve Wands—the former monarch of Hell is at his most pathetic and most pitiful. Readers have never seen the former archangel felled and so low to the degree as we’ve witnessed him in the first two issues. While another writer might restore the Lightbringer to his former glory right away, Watters is crafting a slow burn, doling out pieces of the over puzzle with deliberate care.

Those pieces involve a scattered Lucifer—who is not nearly as lucid as we are used to seeing him—a captive of an unknown land, tortured and taunted every time he attempts to make a break from his jail. While his loyal servant Mazikeen takes care of him—dutifully as always, it’s more in the role of caretaker or guardian than handmaiden. Emaciated from refusing to eat and/or being too distracted to do so, his hair scraggly and an unkempt beard forming on his face, this is a far cry from the dapper, refined, calculating and sharp Lord of the Depths that we are used to experiencing. It’s, frankly, jarring, which makes this trip to Lucifer’s world all the more enjoyable. 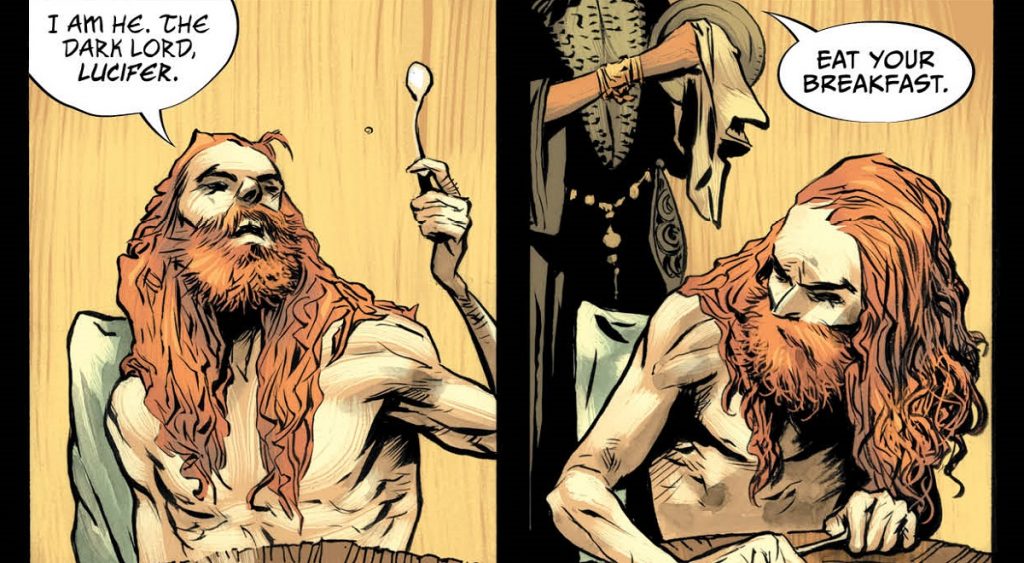 This is because Watters knows what we expect: a Lucifer who may be down, but not out. However, as he sits at the kitchen table, rambling about his glory days; as he declares to his fellow captives that this is the day he’ll free them all (a refrain they seem to have heard before); as he is tortured by demon wraiths for interrupting a Shakespearean performance—we know the Demon King is in dire straits. And the fact that he subverts expectations not just for the sake of subverting them, but to give us a reason to root for Old Scratch is a testament to his storytelling. And while the mystery of the widower and his late wife’s mental state is intriguing, what is equally engaging is how it mirrors Lucifer’s state of mind. It grounds our expectations and hopes into something outside whatever Hell of his own Lucifer is experiencing by tethering it to two seemingly average and mortal folks.

The Fiumaras, of course, bring a creepiness to the art that is both beautiful and makes the reader feel ill at ease. It’s unsettling, but that’s what makes it work so well. Why would a horror story be anything other than unsettling, to make the reader uncomfortable? From Lucifer’s broken limbs, marred limbs from being pushed into a hole to the hobgoblin faces of his assailants, the Fiumaras are purveyors of true Horror with a capital H and it has been a long time since a comic gives so much welcome discomfort to its readers. McCaig’s use of a muted palette helps to augment that discomfort, employing colors that are linked with horror—blacks and reds, for example—but diluting them to match the fugue state of Lucifer’s mind and current situation. It’s a really clever move, as is Wands’ lettering, particularly in the Lightbringer’s dialogue. Lucifer’s words do not seem as outlined or bolded as much as the lines of the other cast members, which mirrors the Lord of Light’s tentative hold on sanity. 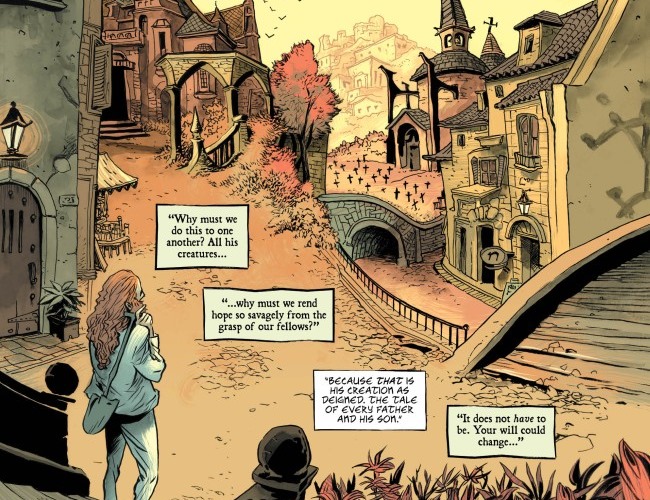 The Lucifer relaunch is disturbing and disconcerting in the best ways possible and gives a reason to actually want the best for a former enemy of humanity.

Lucifer #1-2 are on sale now from DC Comics/Vertigo.

From the official issue description of issue #2:

Lucifer is angry. His captor revealed, the Morningstar swears to escape and have his revenge. Elsewhere: a lavish masquerade is held in the depths of the Great Plague, an aspiring drunk discovers a gateway to another world, and the cat is very much not what it seems.