After delays due to COVID and movie slate reshuffling, Marvel Studios’ Thor: Love and Thunder—the fourth installment in the Thor film franchise—is finally debuting July 8th of this year. And after glimpses and teases about what to expect in the film, from Natalie Portman’s Jane Foster as the wielder of Mjolnir to Christian Bale popping up as Gorr the God Butcher, Marvel finally dropped a movie poster and a trailer today! Take a gander at the thunderous awesomeness below!

Hot damn! There’s so much to unpack here. The characters have definitely been on journeys since last we saw them. At the end of Avengers: Endgame, Chris Hemsworth’s Thor had left the rule of New Asgard to Tessa Thompson’s Valkyrie, opting to leave Earth with the Guardians of the Galaxy to find himself and his place in the universe. With his hammer Mjolnir destroyed at the hands of Cate Blanchett’s Hela, he now wields a weapon known as Stormbreaker. Meanwhile, the last onscreen appearance we saw of Jane Foster was in Thor: The Dark World, with unused audio utilized in Endgame. 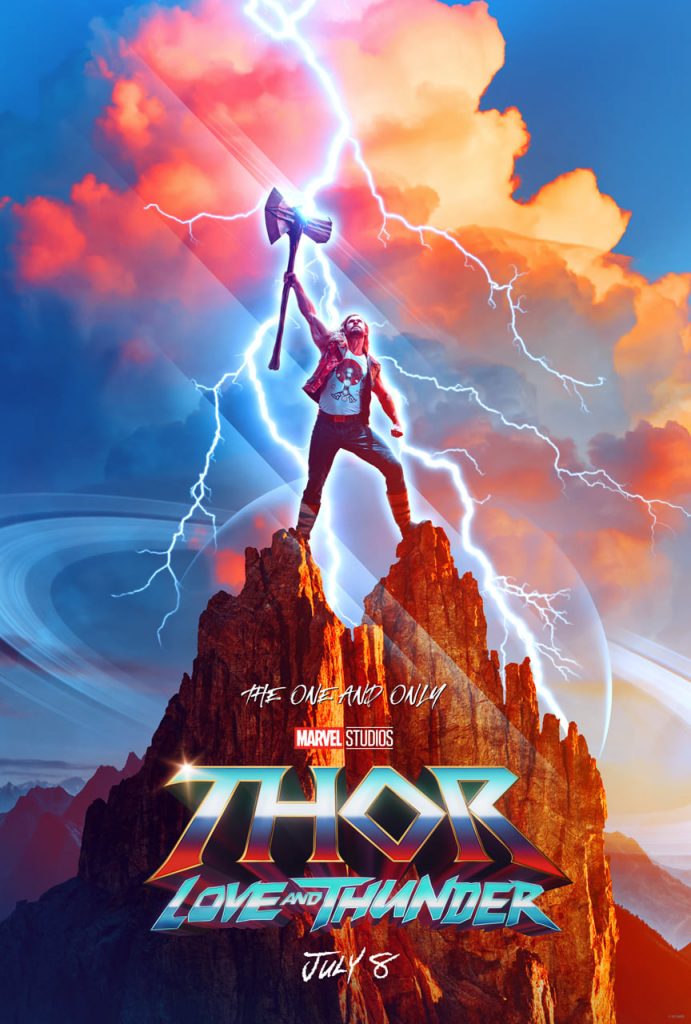 Love and Thunder looks to pick up on those threads and explore them further, while at the same time broadening Thor’s world with storylines pulled straight from the comics. The trailer sees the God of Thunder working on himself, as promised by his final thoughts to Valkyrie in Endgame. He’s working out and focusing on his health, doing some self-reflection, and digging into who he is and what he wants

Meanwhile, Jane reappears and, while the trailer does not explicitly broadcast that it’s her, publicity for the film and comic stories indicate that it’s definitely her. The trailer is bookended with Thor running as a child and as an adult through woods, while Jane as the Goddess of Thunder encounters Thor at the trailer’s end. The armor and costumery are pretty pert-near comic-accurate, which just a few embellishing done for the big screen.

And finally, Valkyrie makes an appearance, specifically in a dapper looking suit, at the head of a long boardroom table. Is she talking with a council in New Asgard, or is she acting as a head of state elsewhere? It’ll be interesting to see where her reign as Asgard’s ruler will take her.

Mjolnir is back, put back together and in Jane’s possession! Heck yeah! 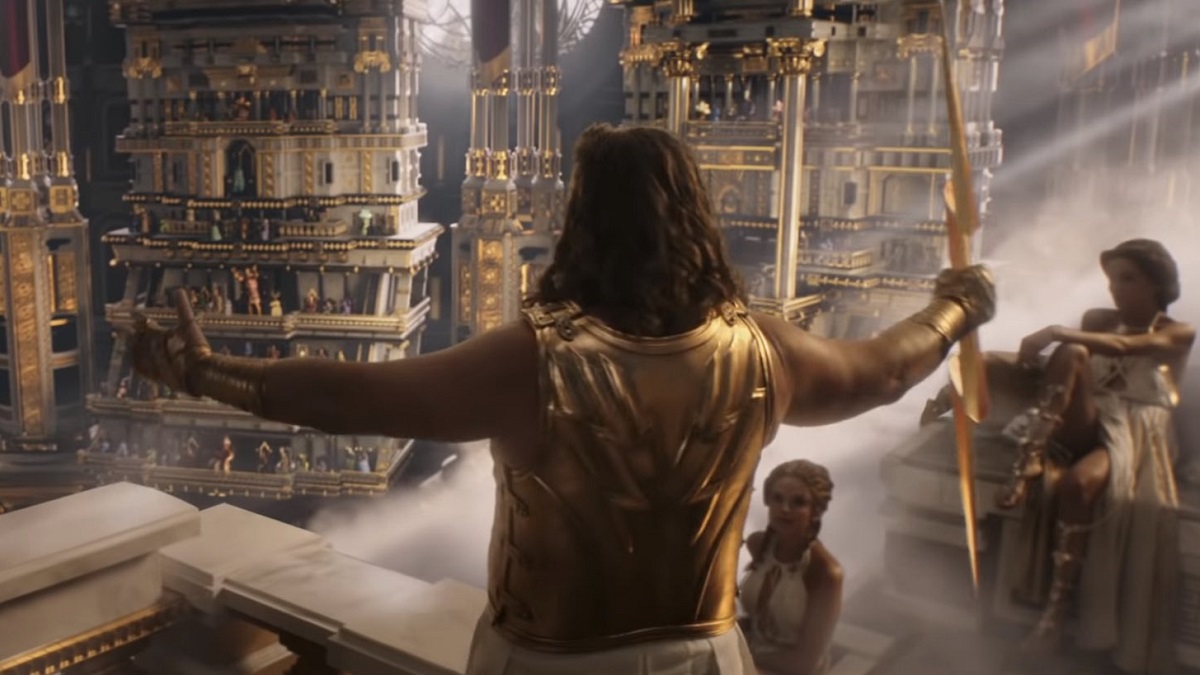 As seen in some toy advertising, Thor, at one point, is sporting some comic-accurate golden armor.

Thor in a trucker hat. I mean, it’s not out of character. 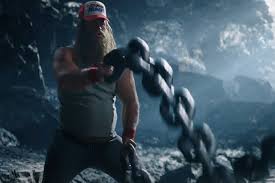 Hey, is that Falligar the Behemoth from the “God Butcher” comic book arc? Makes sense as Christian Bale is Gorr in the film and Gorr slays Falligar. 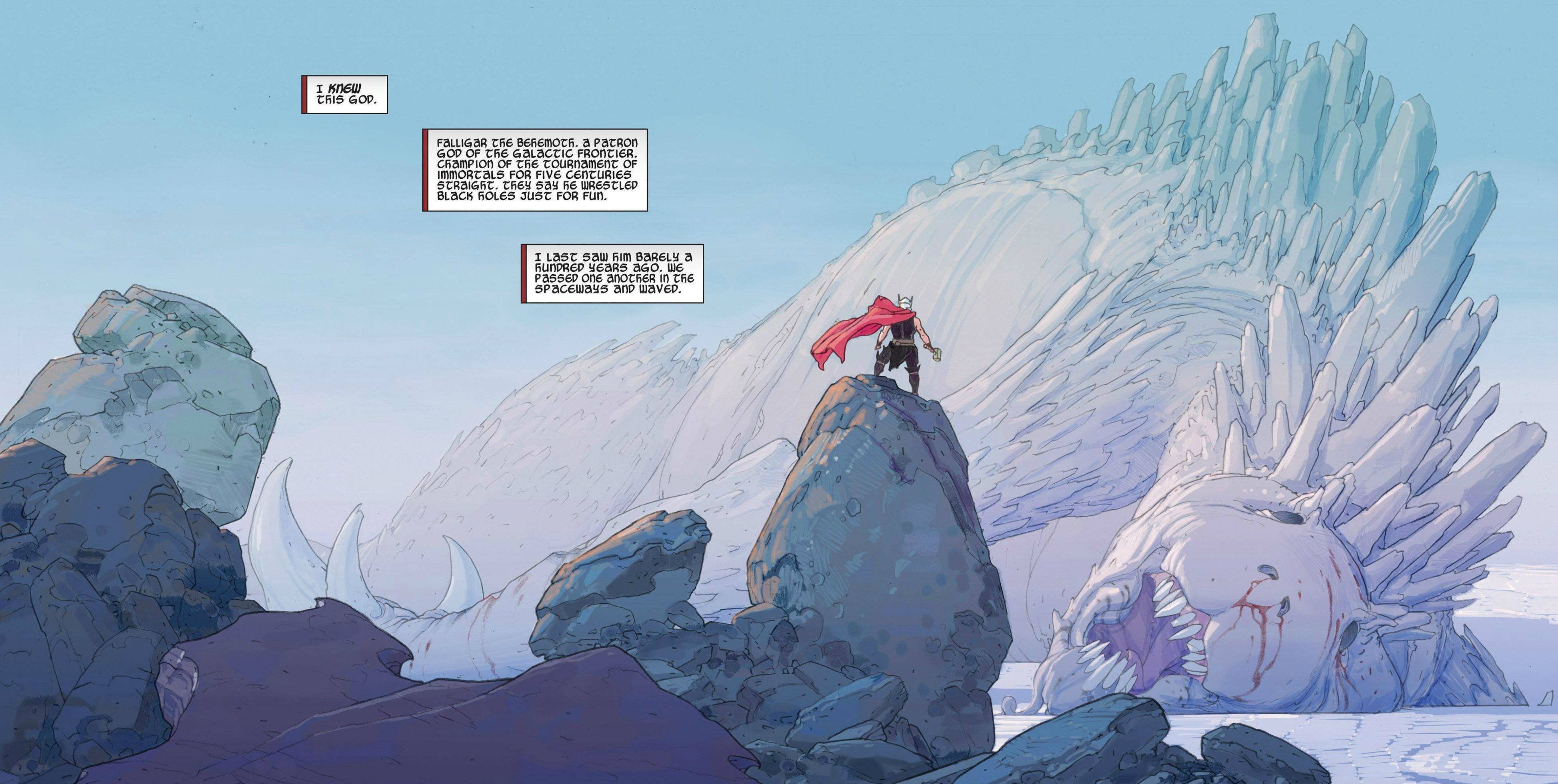 Howdy, Guardians of the Galaxy. Nice to see y’all. 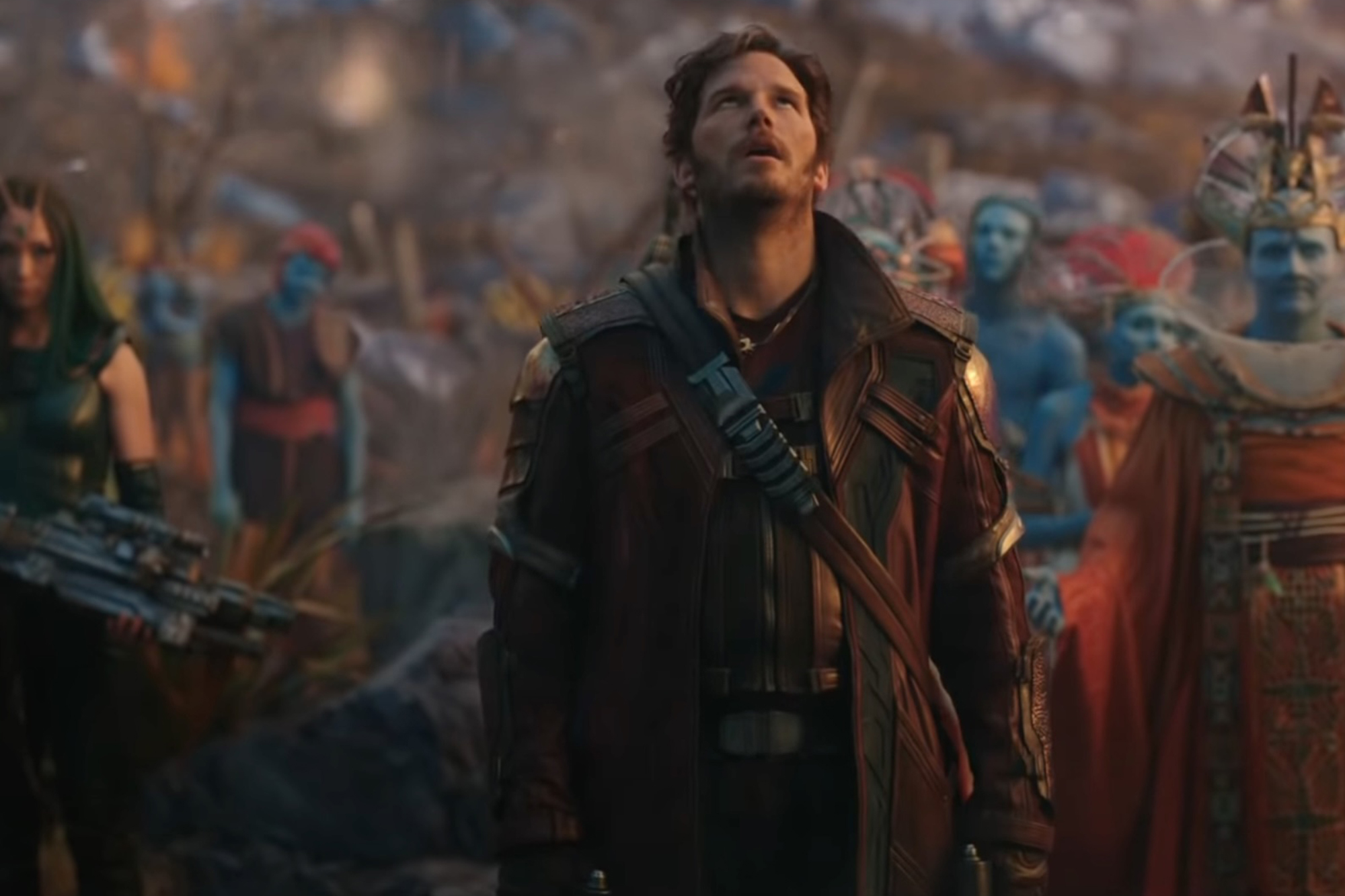 From the official film synopsis:

A new trailer and poster are now available for Marvel Studios’ Thor: Love and Thunder, offering long-awaited clues to what’s in store for the God of Thunder. The film finds Thor (Chris Hemsworth) on a journey unlike anything he’s ever faced – a quest for inner peace. But his retirement is interrupted by a galactic killer known as Gorr the God Butcher (Christian Bale), who seeks the extinction of the gods. To combat the threat, Thor enlists the help of King Valkyrie (Tessa Thompson), Korg (Taika Waititi) and ex-girlfriend Jane Foster (Natalie Portman), who – to Thor’s surprise – inexplicably wields his magical hammer, Mjolnir, as the Mighty Thor. Together, they embark upon a harrowing cosmic adventure to uncover the mystery of the God Butcher’s vengeance and stop him before it’s too late. Directed by Waititi (Thor: Ragnarok, Jojo Rabbit) and produced by Kevin Feige and Brad Winderbaum, Thor: Love and Thunder opens in theaters July 8, 2022.