While often idealized in pop culture, the actual history of medieval society is riddled with downtrodden members of so-called lower classes kept under thumb for the benefit of those who wielded wealth and power and wish to keep it. That sort of paradigm lends itself to a hope that someone or someones will come to liberate the desperate, even if the means erupt in violence.

That idea is woven through writer Landry Q. Walker and artist Justin Greenwood’s The Last Siege #1, on sale Wednesday, May 30th, from Image Comics. In The Last Siege, Walker and Landry a spaghetti western storytelling sensibility and overlay it onto a medieval narrative, following a lone stranger who hopes to stave off castle soldiers who want to deny rightful heir her place on the throne. This genre mashup is one that we never knew we needed in our lives, but it consistently works and works well throughout the book’s first chapter.

Misters Walker and Landry spoke with me recently about the idea behind The Last Siege, the genre-blending fun of the series, and why we as readers are drawn to lone characters and mystery men. 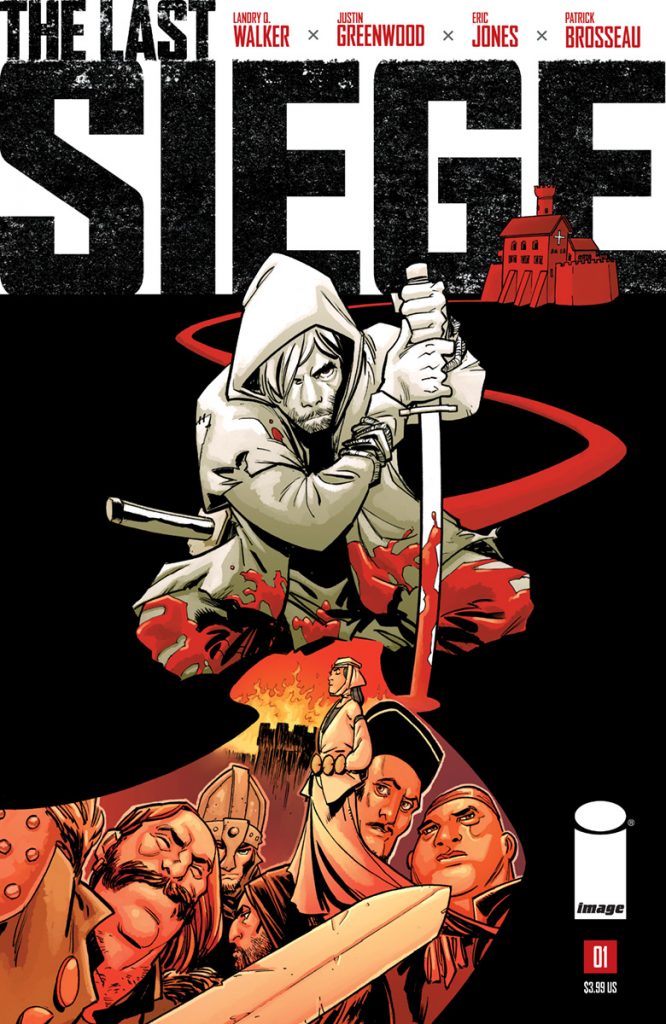 THE LAST SIEGE #1 cover A

FreakSugar: For folks considering up the series, what is the conceit of The Last Siege?

Landry Q. Walker: At its core, The Last Siege is a raw and gritty medieval war story told in the structural stylings of a 1960’s Clint Eastwood spaghetti western.

Justin Greenwood: It’s a bit of a mystery at heart too, touching on themes of penance, loyalty and revenge. Using a western style format for a medieval time period has really opened up some interesting storytelling possibilities. There is something fun about using a familiar genre to tell an unfamiliar story. 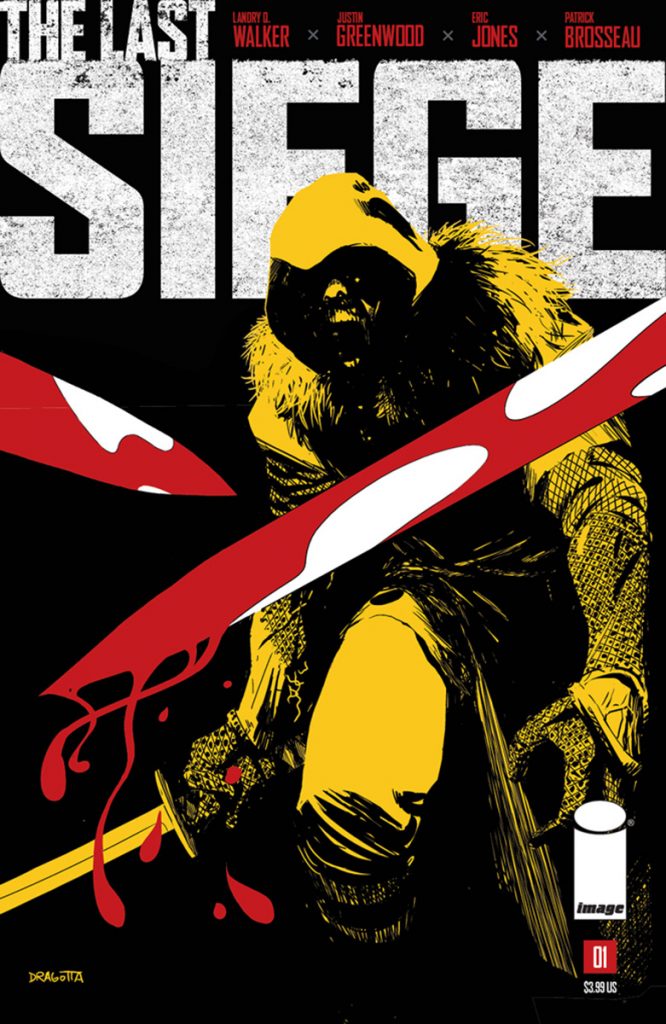 THE LAST SIEGE #1 cover B

FS: The book has a unique mood to it that draws readers in immediately. What was the genesis behind the series?

LQW:  This was back in 2002, I think. I had been reading a lot of medieval history back then, particularly revolving around the Battle of Hastings in 1066, when the Normans conquered England and deposed the old Saxon rulers. Historically, we tend to see that even through the eyes of the Normans, as it’s functionally still the society they built that rules England today. But when you start looking at it from the Saxon perspective… there was one section of text written in the Angle-Saxon Chronicle, sometime shortly after 1066, that referred to the Normans and their invasion. And I’m going to paraphrase it here for brevity, but this was the gist I took away from reading this:

There’s a lot of hopelessness and desperation in that bit. So I ran with it. There’s more, of course. But at the very start, that was the spark. 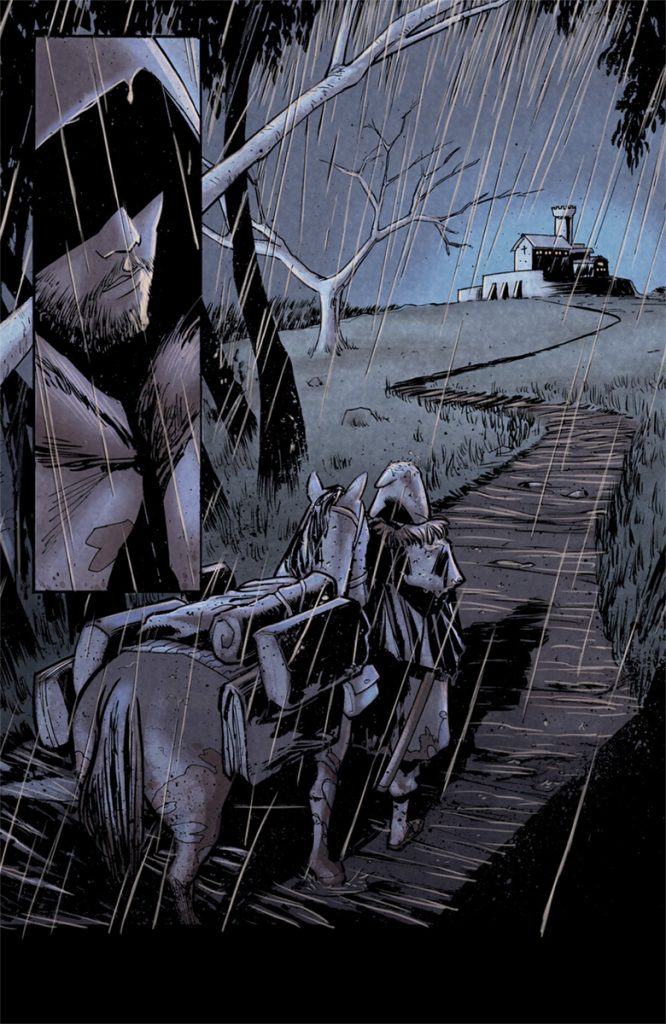 FS: The first issue feels very much like an amalgam of medieval and western genres. What is it about those two that felt like a natural fit for you?

LQW:  It was that sense of desperation. In spaghetti westerns anyway, we’re often seeing a small town or outpost, serving as a virtual oasis in an unhospitable environment. Power equals authority in both these worlds, and the brutal are often rewarded for violence and savagery. The two worlds overlap easily in these terms.

JG: There is something in the simplicity of both types of stories, a directness that I really respond to and suits this book really well. Also, both genres lend themselves to hard lives without a lot of sympathy and more often the rules are defined by what you can get away with. It’s gritty material, and that’s a sandbox I really enjoying playing in. 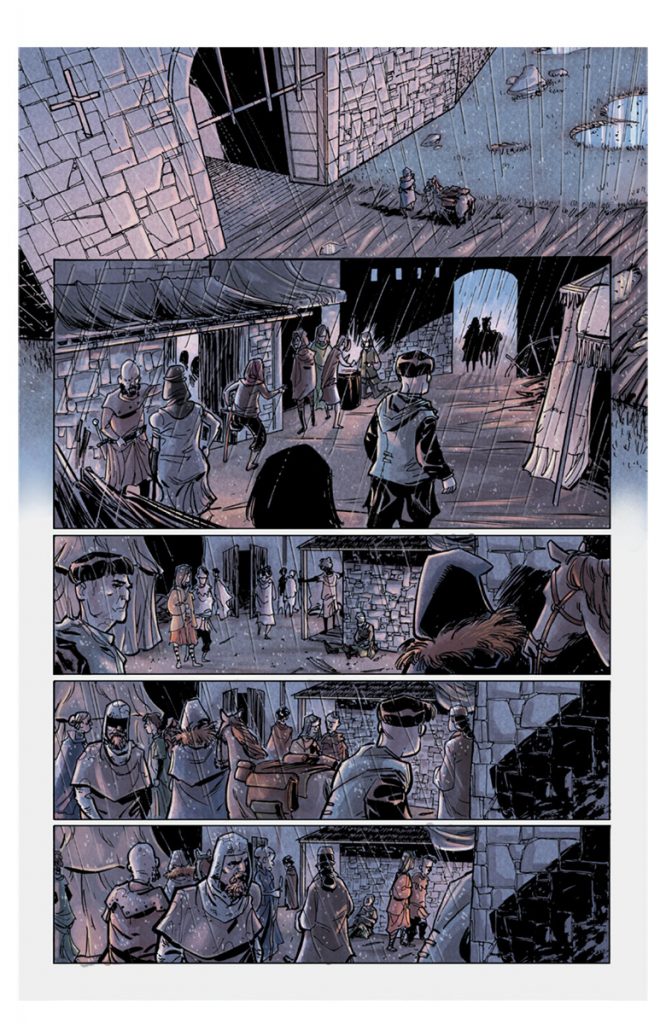 FS: Following up on that, what are some influences that impacted how you approach The Last Siege?

LQW:  Spaghetti westerns and samurai films. When I realized/admitted to myself that what I was writing was functionally a western I sat down and re-watched Fistful of Dollars. There are several scenes of that film that I always felt could mesh with other genres. The opening, obviously. But also the bit where Eastwood is escaping from capture, crawling bit by bit under the wooden sidewalks. There’s a lot of desperation and tension I that movie, and the world is very raw and lawless.

JG: Yeah, same! For me, the two stories I keep coming back to are Once Upon a Time in the West and3 Assassins. The movies are pretty different at a glance but both have visual major elements that have big impact in this book for me, whether it’s the pacing (with those big open quiet scenes and sudden violence) or attitude and fast action. 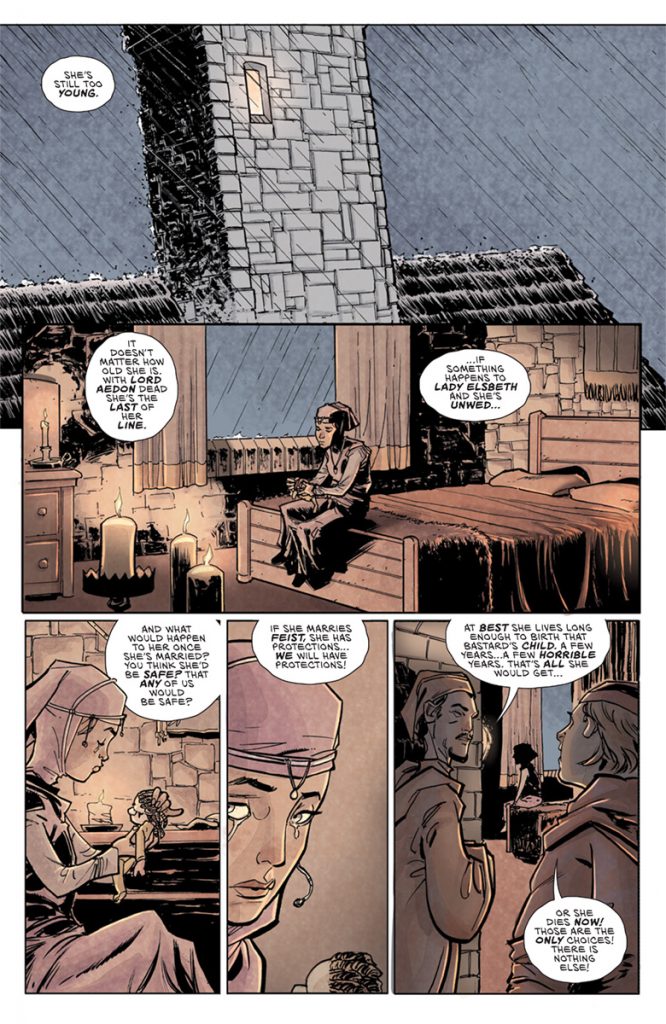 FS: The art is somber and stunning, capturing the emotional and physical atmosphere of the story perfectly. What is the collaboration process like between you two? What was the conversation like in deciding how you wanted the book to look?

JG: I remember Landry talking to me about this book at least a couple years ago and it really just appealed to me right away. We are both kids from the East Bay and had talked about wanting to work together on something eventually so when this project came up, it was a no-brainer.

Landry had the nuts and bolts for the idea and characters in place and refining them into our world was very intuitive. The story has a great sparse quality that let’s the setting breathe and lets us do a bit more show than tell in terms of how we told the story.

LQW:  I wanted art that had a lot of energy, expressions that can capture a look of desperation, and backgrounds that could look natural and organic. I knew of Justin’s work from Fuse, and after we did a couple events together I knew I wanted him on this book. From there I try to step back and let him drive the art bus. He’s on the front line of that battle. 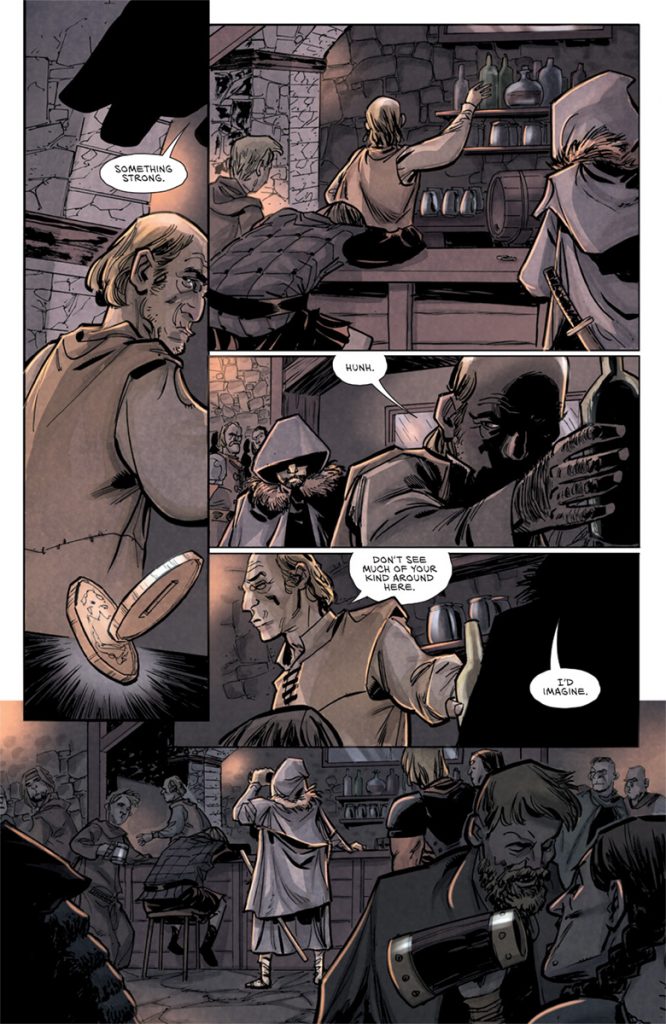 FS: The still unnamed stranger who wanders into town is intriguing and pulls us into wondering what he’s all about. What is it about “loner/horse with no name” characters that are so appealing to audiences?

LQW: Multiple things. Mysterious characters are automatically intriguing, provided the rest of the story is of interest. There’s something volatile about projecting an unknown element into a vulnerable situation. A catalyst to move the story forward. The archetype also allows reader projection, albeit on a subconscious level. In certain terms, that character is whatever idealized person you want them to be. It’s like writing horror. You can show the monster, but nothing will be as universally scary, on an individual level, as what each person imagines the monster to be.

JG: Also, the “lone stranger arriving in a foreign town” is an automatic set up for an epic underdog story, the lone protagonist instantly at odds and with not quit in him ever. It’s both a familiar premise and unpredictable at once.

FS: Is there anything you can tease about what we can expect to see from the book moving forward?

The Last Siege #1 debuts Wednesday, May 30th, from Image Comics.