This month, Liebestrasse launched on comiXology, a story of finding love and romance under the fascist fist of Nazi rule. Brought to life by writer Greg Lockard, artist Tim Fish, colorist Hector Barros, and letterer Lucas Gattoni, Liebestrasse follows Sam and Philip as they navigate the crumbling Weimar Republic and contend with how Nazi rule affects their love. 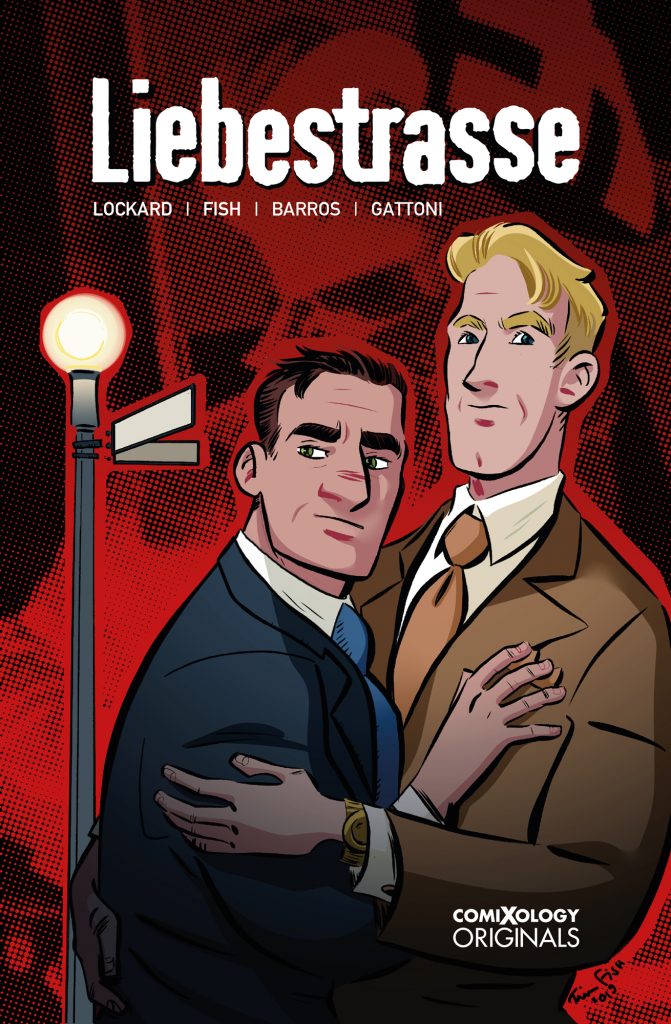 With the release of this moving story, FreakSugar is honored to exclusively publish a list of media inspirations for Liebestrasse compiled by Greg Lockard. Check out this impressive collection of tales below!

Many creators (writers, artists, filmmakers, et al) have returned to the Weimar Era in Germany as a point of inspiration. Plotting a graphic novel that starts in the Berlin of 1932 was intimidating, but the research was both amazing and heart-breaking–as it documents some of the great social changes that were made during that time towards a deeper understanding of each other as individuals, outside of the structures imposed on sexuality and gender. Here’s a list of media that most inspired me to write Liebestrasse. 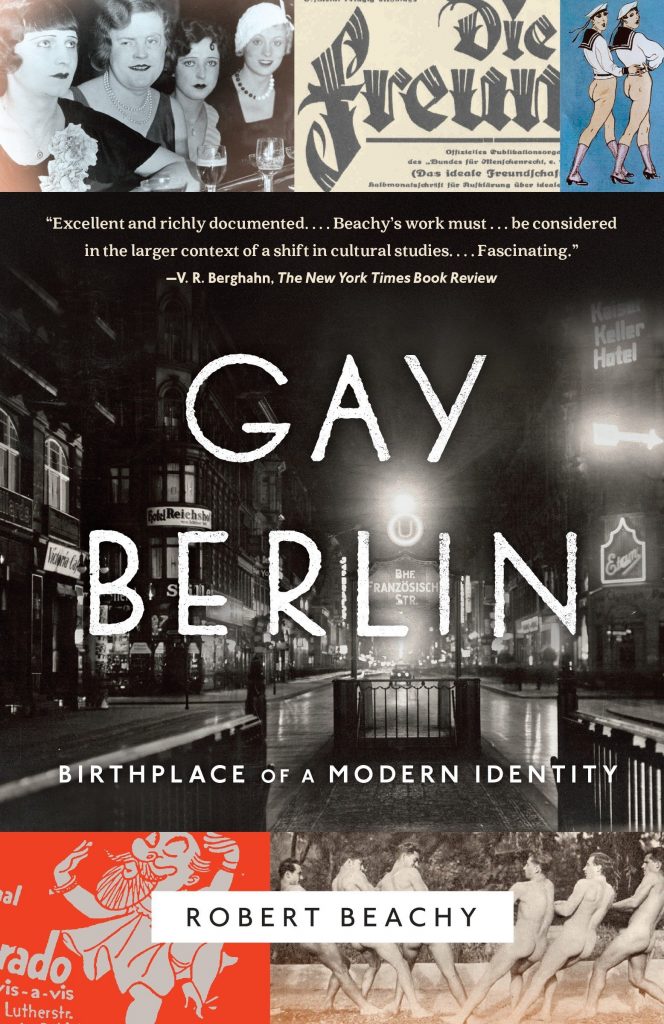 The most comprehensive portion of my non-fiction research was focused in this volume. A relatively recent scholarly text that gave me invaluable insight into our characters’ world and the socio-political atmosphere in Germany. It also provided the historical context for much of those details included in our graphic novel. Impeccably researched and still accessibly written for a motivated reader. Beachy’s writing is clearly-voiced, unlike many academic texts, and I felt as if I learned a great deal while traveling through this period of history. 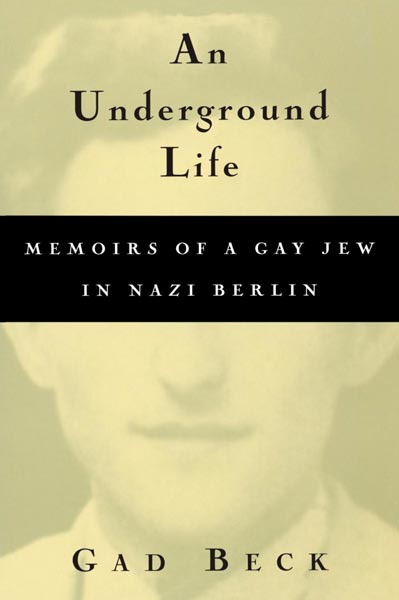 I did not expect to love the writing in this memoir but Beck has a flare for the literary while he recounts the harrowing events of his life in Nazi Germany. A member of the resistance and a true hero– we are very lucky to have his words in this memoir. The memoir begins at the birth of Gad and his twin sister in 1923 and continues until the emancipation of Berlin in spring of 1945.

Levi Hastings and Dorian Alexander created a comic for the Nib that is the perfect introduction to Gad Beck and his contributions to the resistance and directly saving lives.

The comic shares something very important to Tim and I as we created Liebestrasse: our inspiration by the heroes fighting against the Nazis is equal to our abject terror at the rise of the far-right around the world as well as the very public return of Nazi ideologies in democratic governments. 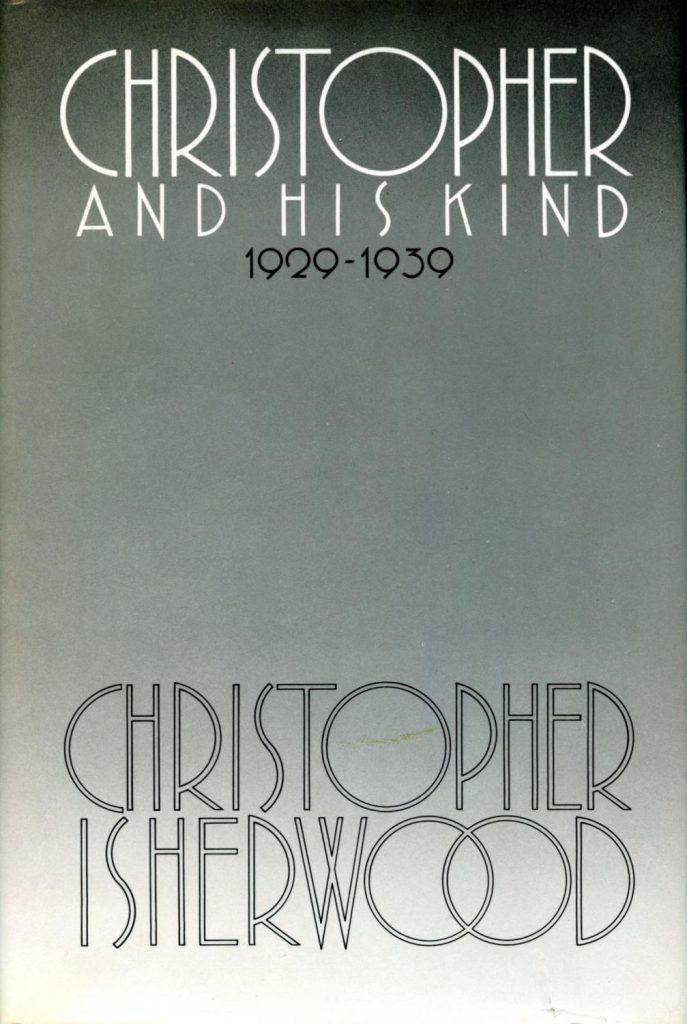 CHRISTOPHER AND HIS KIND cover

Christopher Isherwood’s fictionalization of his time in Berlin, Goodbye to Berlin and its adaptations are frustrating to me as a reader (and viewer) due to their exclusion of Isherwood’s homosexuality. I have empathy since they are the product of their times, but Liebestrasse is an attempt to provide a spotlight on the stories of LGBTQIA individuals forced into hiding or concealing their stories in the decades that followed.

Isherwood himself uses this autobiography, Christopher and His Kind, to be more candid about his past and the community he was a part of in Berlin (and beyond). “His kind” were the “tribe” of connections he made as part of his sexual and intellectual liberation in Berlin. He also returns to the city in 1952 (with different motivations) but the nod was intentional in our story when Sam returns to Berlin in the same year. The Berlin Stories (which collected The Last of Mr. Norris and Goodbye to Berlin in a single volume) were also a significant influence during the research stage of this project to add to the recommended reading list.

Another Country directed by Marek Kanievska, script by Julian Mitchell, adapted from his play of the same name. 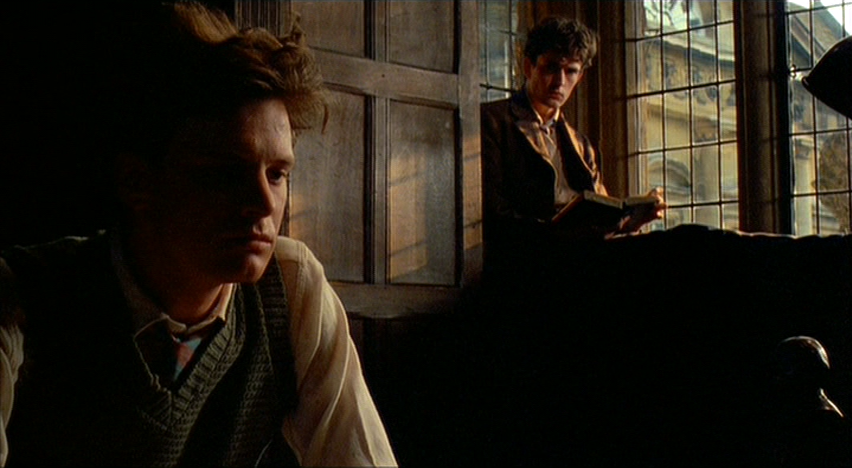 There are plenty of films that influenced the creation of this graphic novel but I want to focus on a wildcard entry: Another Country. The movie was a very conscious influence in the structure of our flashbacks and well as subject matter of queer longing.

The 1984 film starred Rupert Everett as Guy Bennett (who had originated the role for the West End production) and Colin Firth (in his film debut) as his best friend, Tommy Judd. Cary Elwes also appears in the film (in his debut) as Guy Bennett’s love interest. Loosely based on the life of British spy, Guy Burgess, the film portrays two best friends at a boarding school in England during the 1930s. It’s gorgeously filmed and tragically sad; I highly recommend viewing. 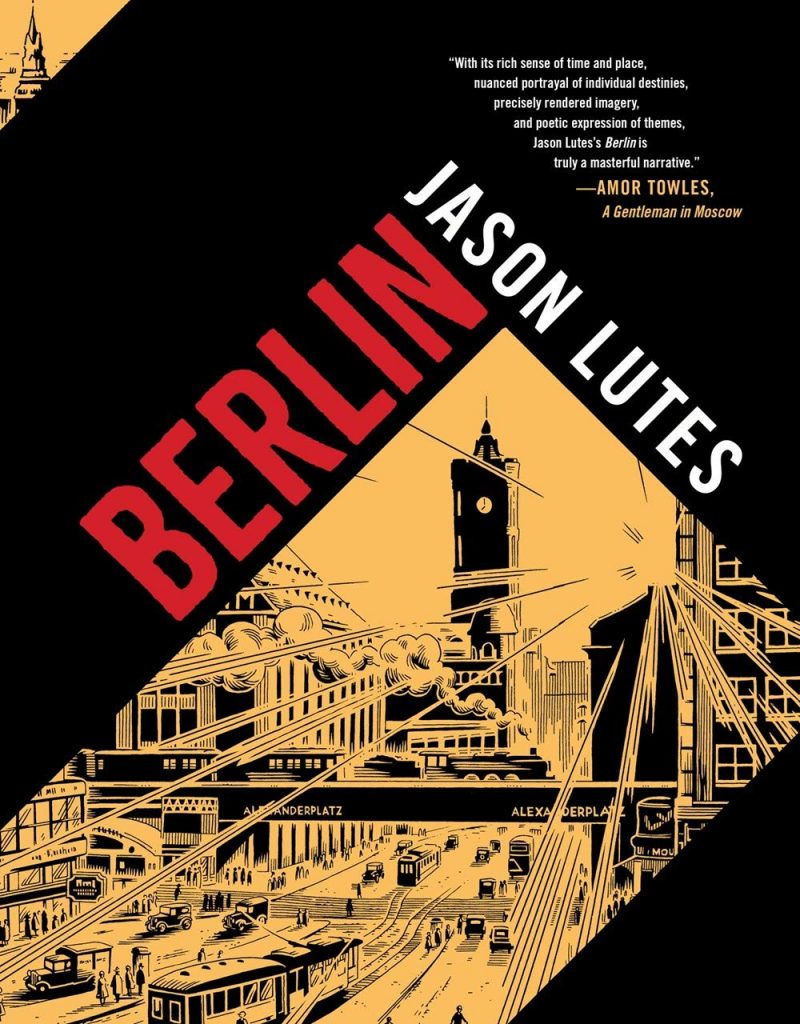 The collected edition of Lutes’ Berlin was released as we were beginning to pitch our graphic novel. Berlin is a masterwork and should be read by everyone with an interest in the city and its history. This graphic novel transcends in its scope, as well as its tight focus on the two lead characters, Marthe Müller and Kurt Severing, as they navigate the years leading up to World War 2 in Berlin.

Lutes is a fabulous sequential storyteller, with the majority of the shots are mid-to-closeup which insures the reader is close to the characters, while also bringing you directly into the heartbreaking and terrifying reality of the changes in Berlin.

Liebestrasse is on sale now from comiXology.

During the final years of the Weimar Republic, Sam meets Philip in Berlin and they fall in love. Their romance is hit with an unspeakable reality as the Nazis come to power and fascism makes them a target.

Part of the comiXology Originals line of exclusive digital content only available on comiXology and Kindle. This title is available as part of comiXology Unlimited, Kindle Unlimited and Prime Reading.