Next year will mark the 25th anniversary of the film adaptation of The Mask, based on the Dark Horse comic focused on nebbish Stanley Ipkiss and how he gains a whole host of mystical powers after discovering the eponymous mask. With this big milestone hitting in 2019, what better time to discover or rediscover John Arcudi and Doug Mahnke’s original comic yarn? And thanks to Dark Horse Comics’ release of a new edition of The Mask Omnibus edition, you’ll have your chance to experience the madcap mayhem that the mask unleashes on Stanley’s world.

We’re proud to have the chance to give you an exclusive first look at the cover to The Mask Omnibus Vol. 1 Second Edition! 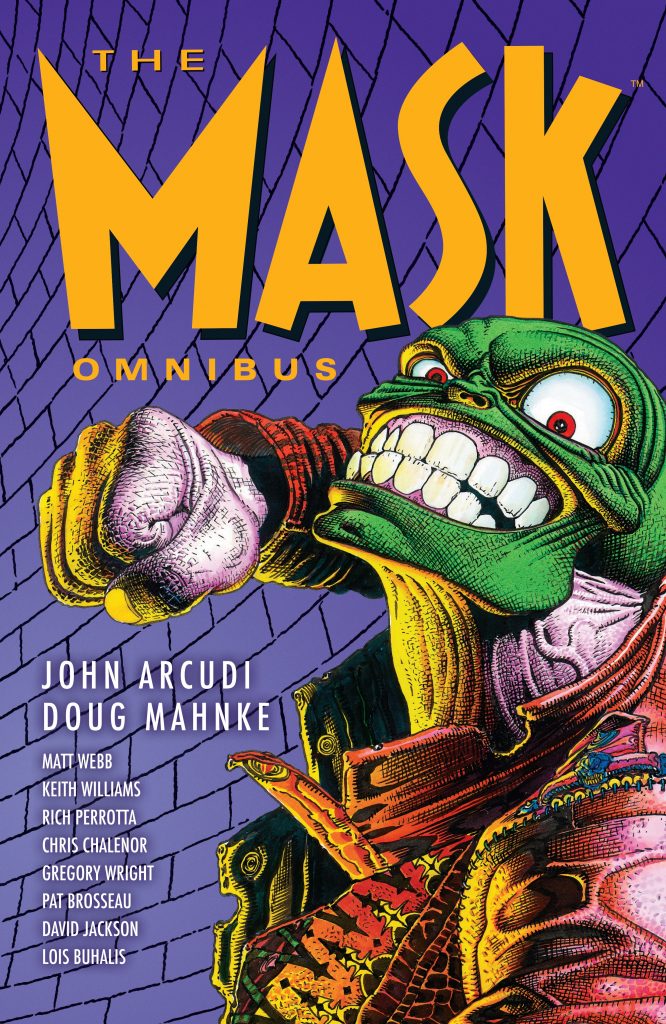 From creative team John Arcudi (B.P.R.D., Rumble) and Doug Mahnke (Lobo, Green Lantern), Dark Horse Comics is thrilled to bring fans a second edition of The Mask Omnibus, collecting The Mask, The Mask Returns, and The Mask Strikes Back in full size for the first time! This original comic trilogy inspired the hit film The Mask, which has grossed over $450 million worldwide since its release in 1994.

When a mystical mask of unknown origin and power is discovered and worn by the nerdy Stanley Ipkiss, it imbues him with limitless cartoon character invulnerability that takes, the police, the mafia, and the monstrous mob muscleman Walter on a colliding violent path of murderous mayhem, lunacy, and destruction! Equally adept with gun, knife, bat, bomb, pie, or bat-knife-gun-pie-bomb, a geek turned super-freak, The Mask cuts a crazed swath of cartoon mayhem!