Many news outlets have reported that roller skating has seen a resurgence during this year’s COVID-19 pandemic, in large part due it being a fun activity that can be done in a socially-distant way in a time when we’re all particularly antsy to get outdoors while still being mindful of the well-being of others.

However, members of the roller derby community have long known the benefits of roller skating: physical, mental, and social. Skating and derby have had a lasting, positive impact on the lives of so many women and men who pursue the sport of roller derby, which is no wonder why we have seen those news stories filter out during this pandemic.

Some of those women are the players of Somer City Roller Derby, Somerset, Kentucky’s roller derby league. I first spoke with the team for FreakSugar two years ago as they were on the cusp of bouting in their first full season. While COVID-19 put a second season on hold—with other roller derby teams across the United States and the world at large facing similar situations—the team put together a plan to practice in a way that was socially-distant and responsible, focusing on skills even if they couldn’t play full contact.

With October being National Roller Skating Month, I spoke with some of Somer City’s league members once again about what skating and roller derby mean to them, and how playing the sport has been a transformative experience in a variety of ways.

[Full disclosure: I referee and handle public relations for the team. But even if I didn’t, I’d still be singing this team’s praises.] 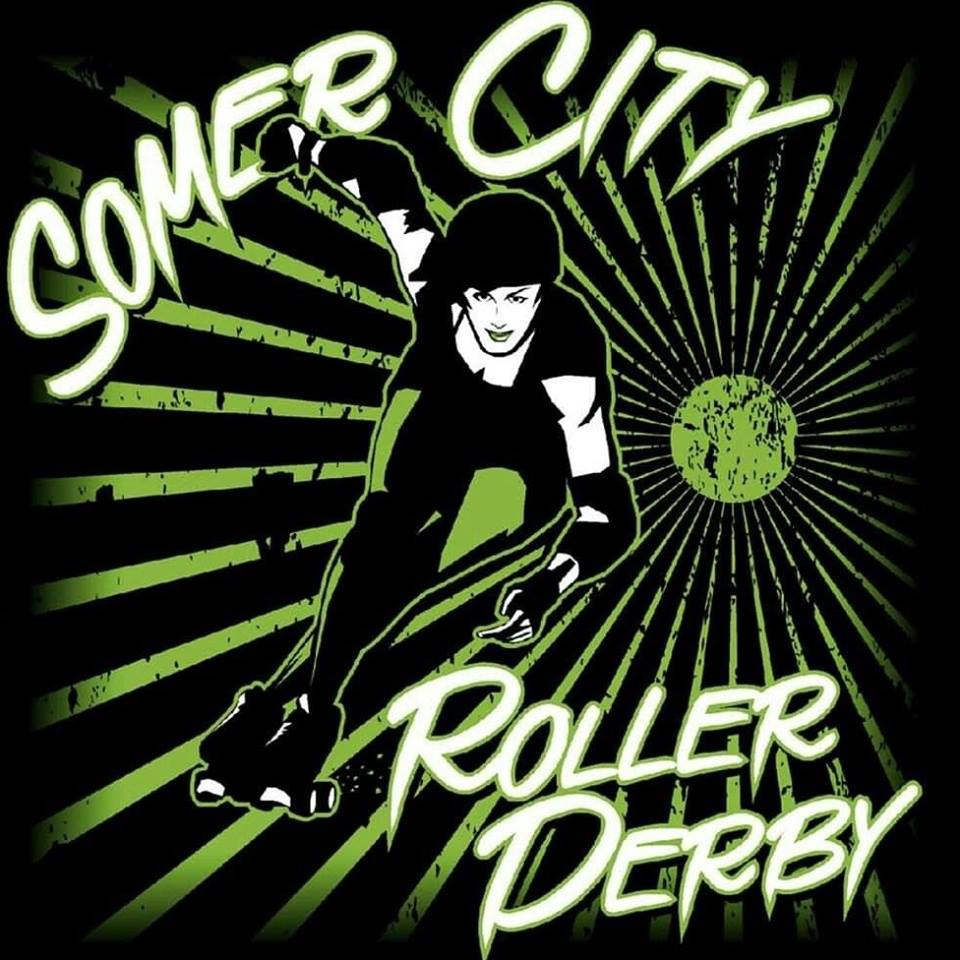 FreakSugar: Why did you join roller derby?

Whoopi Rollberg: I’ve loved the sport since I was a tween. I told myself that when I turned 30—I turned 30 three years ago—that I wanted to do something different. I wanted to get out of my comfort zone, travel, all that. One summer day last year, I saw some local roller girls. I didn’t know my hometown had a team until I heard them talking. I had to pursue it.

Jam Beasley: As cliché as it seems, I learned about roller derby from watching Whip It. (Great movie, by the way.) I never knew that we even had a team in Kentucky so my dreams of being a roller derby super star just faded off into the dark until 2017 when I caught wind that there was a group of women trying to start a team here in Somerset. Kitty Omega, who’s now my teammate, invited me to come meet everyone and the rest is history! 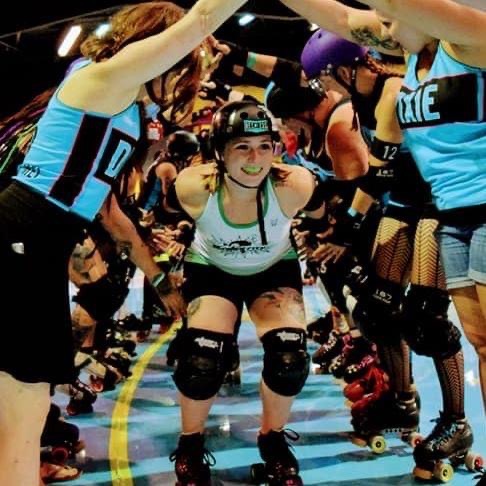 Killer: My derby wife Jam Beasley begged and harassed me for months to join. I intended to, but I was worried I wouldn’t have the time. Eventually, I wanted to do something to be active, so I went to a practice. Everyone was singing “Bohemian Rhapsody” while doing wall sits. I realized I had found my people.

Neon Chola: I was scrolling through Facebook and saw a post for Somer City Roller Derby and just thought that would be so cool. I showed up to practice and it just further confirmed it. I found roller derby in a time of my life that I was looking for something new and I was wanting to be different than other women in my life that say “I wish I had done that when I was younger.” I wanted to say “I did that.”

Kitty Omega: I’ve always loved skating, so when I saw a friend make the “if we did this would anyone show up?” post on Facebook, I knew I had to get involved. The rest is history!

Fannie Packin’: I’ve loved roller skating my whole life and when I found out roller derby was a thing, I wanted to do it. I didn’t know where people did it; I just knew it wasn’t in my area. As soon as a league started up, I jumped on it. I jumped on board when it was just a question of “who would be interested if…” I’m SO GLAD it worked out! 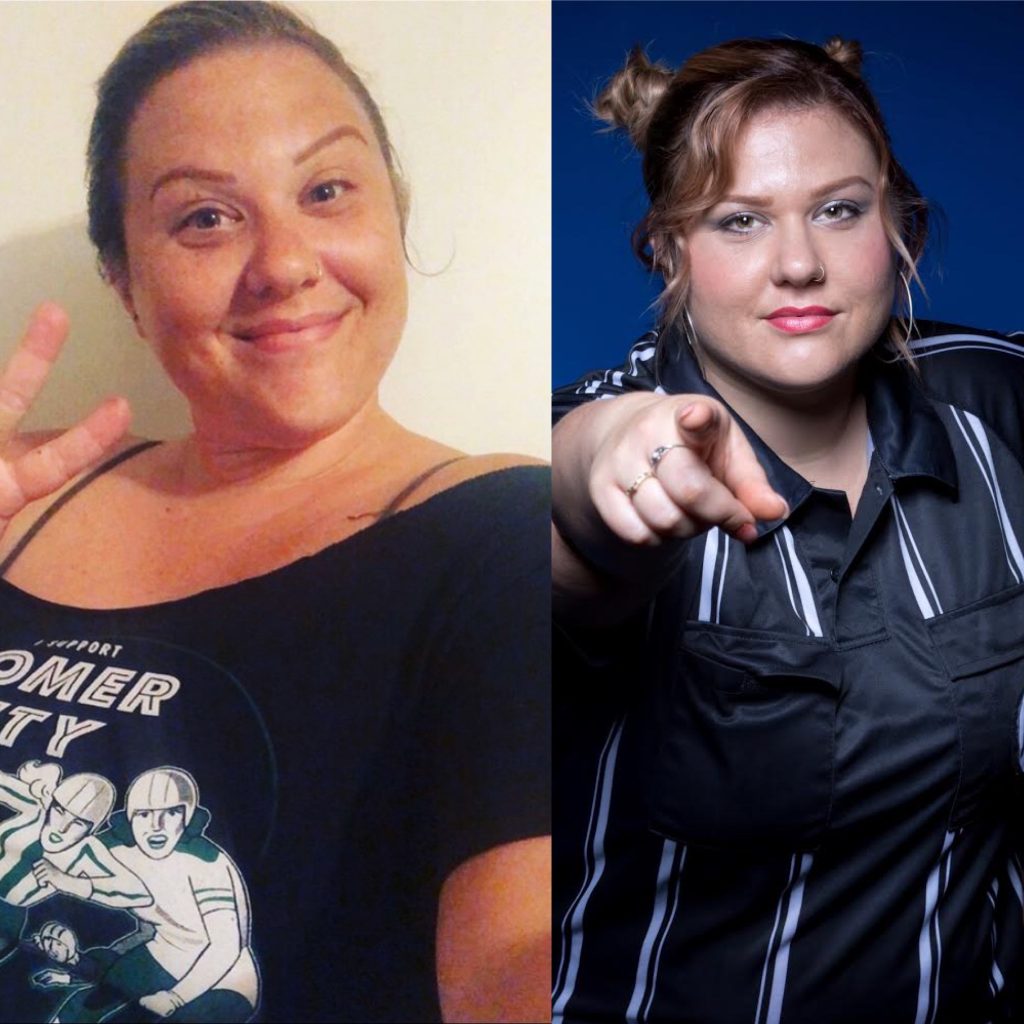 Player Fannie Packin’ also acted as a non-skating official for the team for a time.
Photo credit: Johnna Speaks

FreakSugar: Why do you stay in roller derby?

Jam Beasley:  I stay in roller derby because it has become such a huge part of my life. I have never been in a position where I can say that I have had an amazing support system or that I feel truly strong until I was introduced to the derby community. I have made so many friends and I look forward to how many friends I will make going forward.

Killer: I love the community we’ve built—the players, the coaches, and the volunteers. It’s also a great way to stay active. 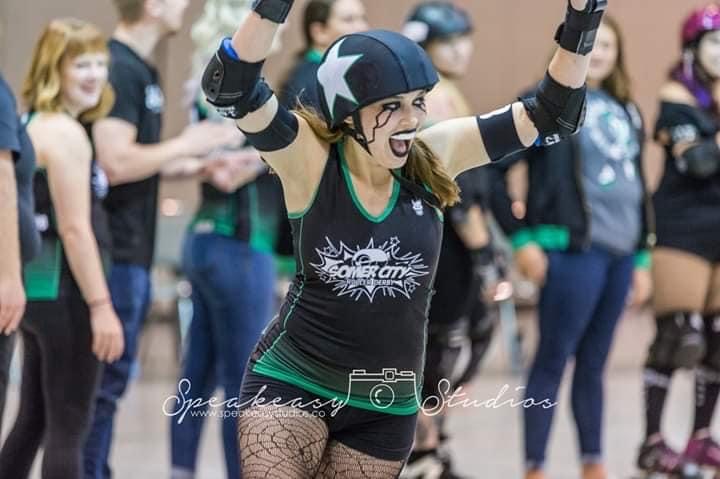 Neon Chola: First and foremost are the friendships. That was something that was missing in my life before roller derby, actually having a group of friends. Now I have a group of friends that extend outside of derby life to my real life. I also stay for the obvious physical benefits. Roller derby or just skating in general is a really good form of exercise. Lastly, I stay because of the confidence it provides me. I feel more myself and stronger when I’m skating and geared up.

Kitty Omega: Well, I love the sport, it’s super nice to have something that keeps me active, and my teammates have become some of my best friends! 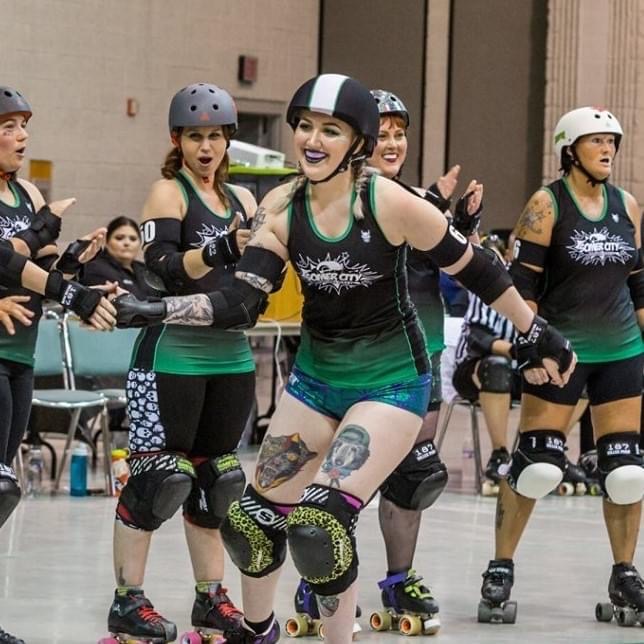 FreakSugar: What have you learned from roller derby and/or how has it changed you?

Whoopi Rollberg: Derby has made me more fit. I never considered myself an athlete; now I do. That’s pretty exciting. I found people more like me. I never hung out with these types of people before and it’s different and it’s nice and it’s refreshing. I’m happier and I’m excited. Even though I came into the team during 2020, it’s kept my head afloat with everything that’s going on.

Jam Beasley: Derby has made me physically, mentally, and emotionally stronger. I have learned that I am way stronger than I give myself credit for. Prior to starting derby, I felt like I was not myself. I had become distant from my friends, I let people walk all over me, and I was just riddled with anxiety. I don’t know how I mustered up the courage to walk into that skating rink in 2017 and meet up with a group of women who were strangers to me, but I’m so lucky I did. Now I am happy, I have so many new friends that I cherish, I can stand up for myself, and now my daughters have a group of women who serve as role models for what a strong woman looks and acts like, which means a lot to me.

Killer: It keeps me active and it’s a great stress reliever. Even when I don’t want to go to practice, when I do, I leave feeling a thousand times better than I did before. When we were having bouts [before COVID-19], seeing the community come out made me feel so great. It’s awesome. 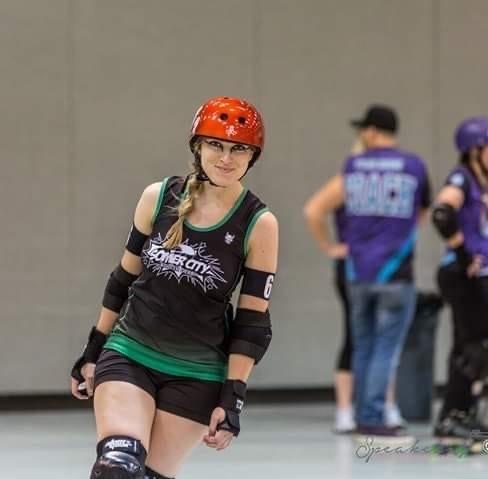 Kitty Omega: Derby has definitely made me more confident in my sense of self. It’s such a great and accepting group, it’s hard to not be the purest version of yourself. I’ve also learned the extreme lengths of how sore I can be from working out!

Fannie Packin’: I’ve learned that I’m stronger than I thought I was physically. It’s demanding sure but it looks harder than it is. It hasn’t really changed just given me an outlet for all my crazy ideas and energy which makes me very happy because I have a lot of creative energy that needs a place to go. 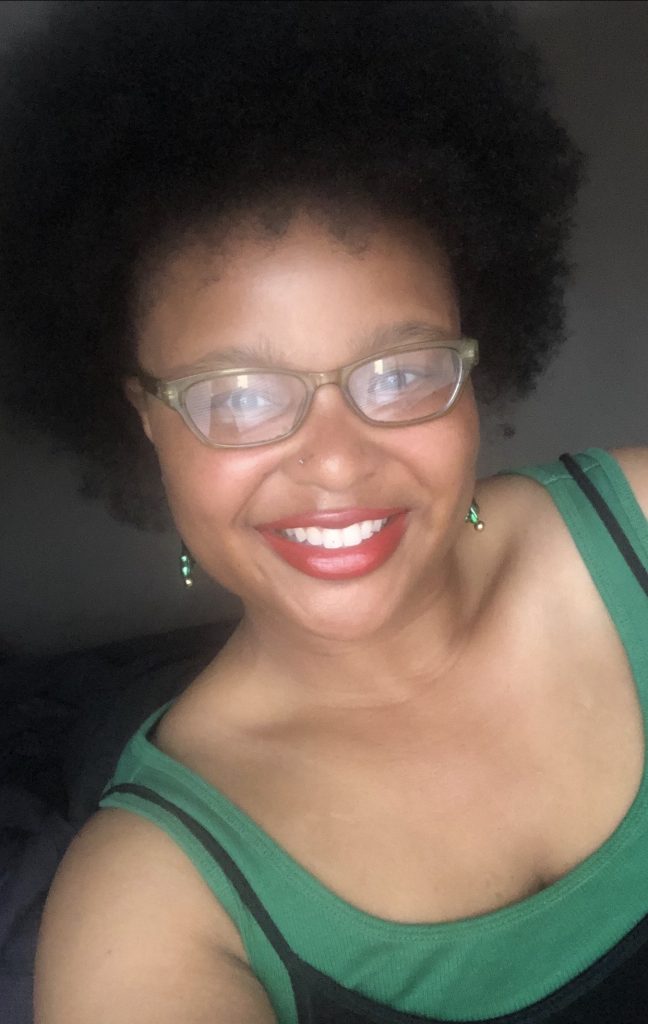 What would you say to anyone considering playing roller derby?

Whoopi Rollberg: Stop considering it and do it. Just do it. If you don’t try, you won’t know. You don’t know where it could lead.

Jam Beasley: To anyone considering joining, DO IT. If it’s what you really want, don’t try to talk yourself out of it. Get involved with derby somehow, even if you don’t want to skate. Volunteer! Make friends. See what it’s all about. I promise you won’t regret it. I don’t!

Neon Chola: Do it. Don’t think about it, just do it. There will always be a thousand reasons not to, and those reasons are totally valid, but the biggest reason to do it is for you.

Kitty Omega: There is no right or wrong “type” for derby! The only requirement is the willingness to try!

Fannie Packin’: It looks intimidating and it looks hard: It’s both of those things, but also neither of those things. Even though you have to push yourself to finish that lap or get up after you’ve smacked the floor, it’s more fun than it is hard and the difficulty is easily forgotten. Watching can make you feel like you’re “less than.” All the time, people say they could never do what we do, but we all started somewhere and some of our best skaters couldn’t even skate at first. It’s intimidating, but the only person standing in your way is you. You can’t succeed if you don’t try.