Director Michael Dougherty is a master of film and horror, with credits that include Godzilla: King of the Monsters, Krampus, and 2007’s direct-to-DVD Trick ‘r Treat. 15 years later, Trick ‘r Treat is finally getting a theatrical release this month, and Legendary Comics is celebrating this milestone with the Kickstarter for the Trick ‘r Treat: 15th Anniversary Omnibus Collection!

Partnering with Rocketship Entertainment, Legendary Comics has launched a crowd-funding campaign to bring a bevy of tales from the Trick ‘r Treat universe in one compilation and into your hands. According to the Kickstarter page, backers can expect to find the following in the compilation:

…this edition features the original Trick ‘r Treat graphic novel adaptation of the film which has four evocatively illustrated tales of horror interwoven into one unforgettable Halloween night as the unsettling figure known as Sam pays a visit to an unsuspecting community. Also featured is Trick ‘r Treat: Days of the Dead, the sequel graphic novel that features Sam on a journey back through Halloween history.

And that’s not all:

This Kickstarter-exclusive edition features an all-new, never published story from creator Michael Dougherty, new cover art by Zid, and a deluxe omnibus slipcase, all of which WILL NOT be available in retail.

As of press time, there are still 10 days left in the campaign, which has met its initial goal more than eight times over. Horror anthologies like this one are great for bite-sized scares that will give you the momentary fright you’re looking for. However, as a reminder, if you hope to pick up this omnibus, it is only available via Kickstarter, so back the campaign now here while you can. 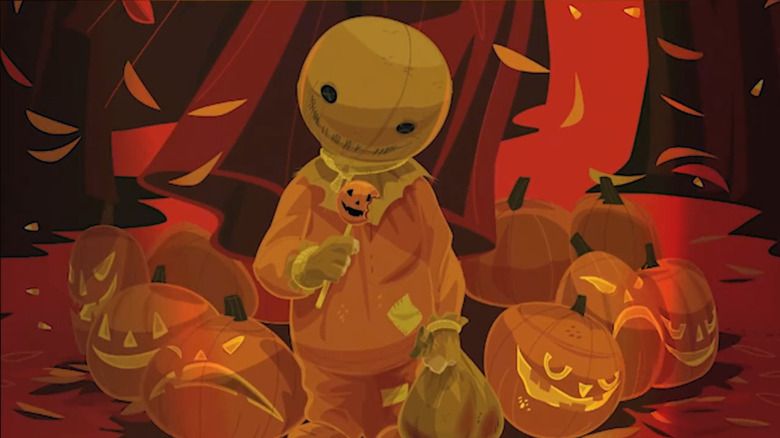