After Disney’s acquisition of Fox, it was expected that this summer’s X-Men: Dark Phoenix film would serve as a concluding chapter to Fox’s X-franchise, comprising every film from the first X-Men movie to X-Men: Apocalypse. Today’s newest trailer for Dark Phoenix seems to confirm that, with footage of the X-Men rallying to stave off the threat posed by fellow group member Jean Grey and her ever-increasing powers. Along the way, we also get some nods of the franchise’s history, going all the way back to the first X-Men movie.

The hope is that this version of the Phoenix stories—a classic from the comics—will do a better job at honoring that tale than did the third X-film, X-Men: The Last Stand. At least there’s a cosmic element tied to this retelling, for whatever it’s worth.

It should be noted that New Mutants, another X-Men-related film also produced in the pre-Disney merger era, has already been shot, but has been moved to next year on Disney’s movie slate.

And check out the most recent movie poster below! 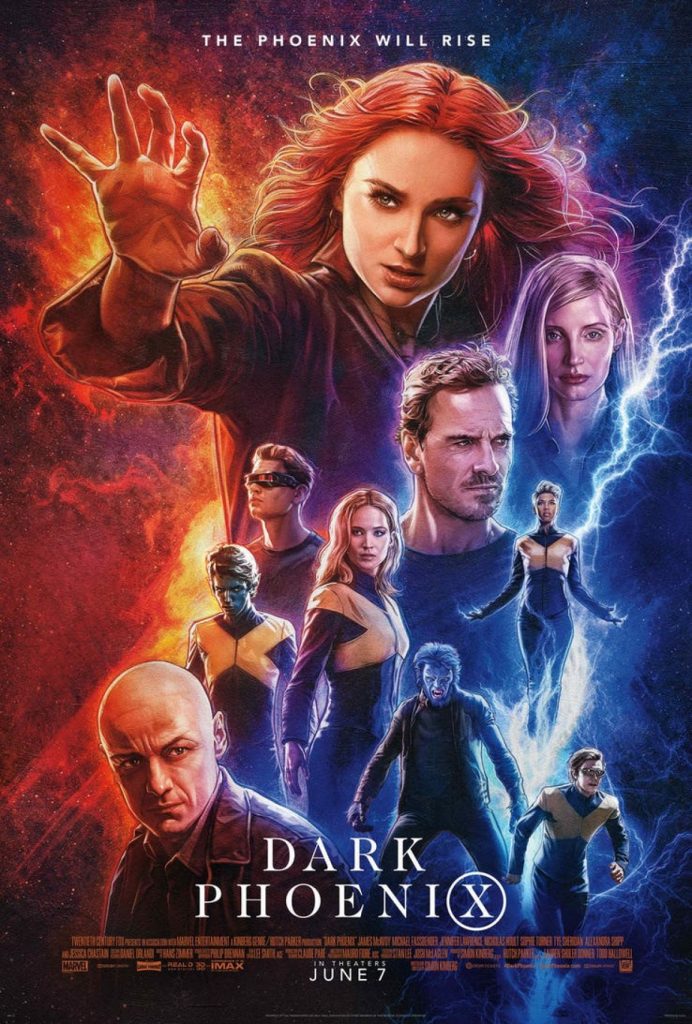