Nearly everyone wants to fall in love, but most folks need help. That’s where the cast of cartoonist Thom Zahler’s Cupid’s Arrows comes in. The webcomic Cupid’s Arrows follows Rick and Lora, a two-person team of Cupids who help bring people to the joys of love. The series is immensely popular and has already had a successful Kickstarter with Rocketship Entertainment to bring the first season to print. Now Mr. Zahler has partnered again with Rocketship to put season two to book form, as well as offer other rewards for those who pledge to the campaign.

I had the opportunity to speak with Mr. Zahler recently about the Kickstarter for Cupid’s Arrows Volume 2, the conceit of the series, where we find the cast at the beginning of season 2, and the bevy of backer rewards available. And, as of press time, Mr. Zahler was just nominated for Best Cartoonist and Best Humor Comic for the Ringo Awards, so we followed up with his reaction to the nominations. 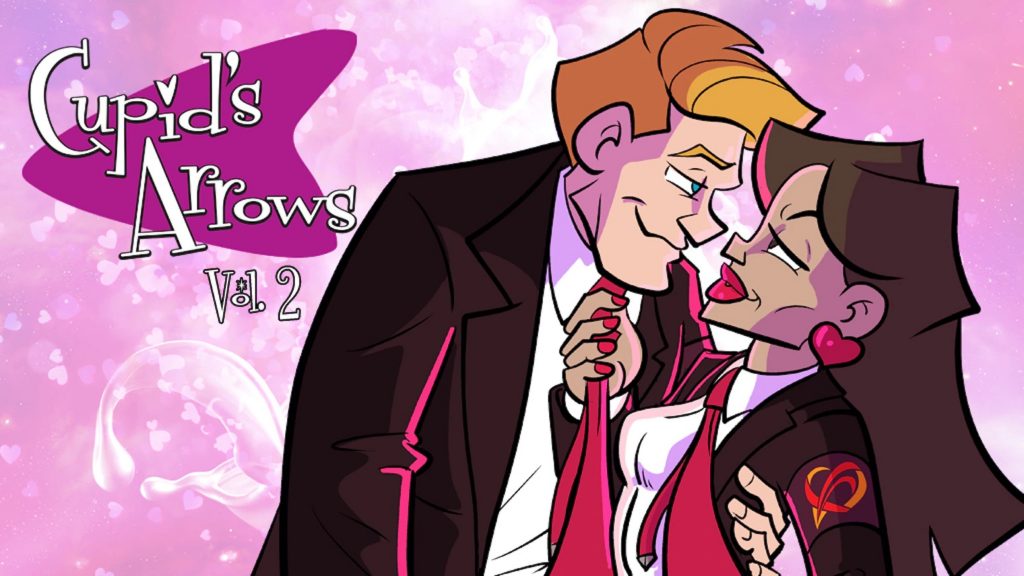 FreakSugar: For folks who might be unfamiliar with the comic, what can you tell us about the conceit of Cupid’s Arrows?

Thom Zahler: Cupid’s Arrows is about two-person hitman teams of Cupids that get couples together according to the dictates of the Book of Love and powered by Cupid himself. We follow one of the teams, Rick and Lora and their adventures.

FS: What can you tell us about the colorful cast we’ll meet in Cupid’s Arrows?

TZ: The main characters are Rick and Lora. They’ve been partners for a hundred years. They’ve been good friends and drinking buddies but they’ve started to feel like there’s something more. When we ended Volume One, they finally get together. Which is only a problem because Cupids dating Cupids is totally against the rules.

We meet some more characters in the second volume, too. There’s Phineas, an anthropomorphic dolphin and Cupid’s right-hand administrator. He becomes a thorn in their side. And we finally answer the question on if there is an opposing force to the Cupids, too.

FS: Cupid’s Arrows feels like such a mesh of different genres. What was your inspiration for the series?

TZ: The big inspiration is the Rob Thomas series Cupid from the late 90s (and later mid-2000s). The first version starred Jeremy Piven and Paula Marshall and the second Bobby Canavale and Sarah Paulson. The concept was that Cupid became human and had to get together 100 couples.

So I borrowed a little bit from that and wanted to have a pair of matchmakers. But I’m also a big fan of the Thin Man movies and I love writing dialogue and banter, so I wanted a pair who could play off each other.

I also wanted an open-ended concept to the series. There’s an arc, to be sure, but there are always new couples that have to get together. There are always more stories to tell. 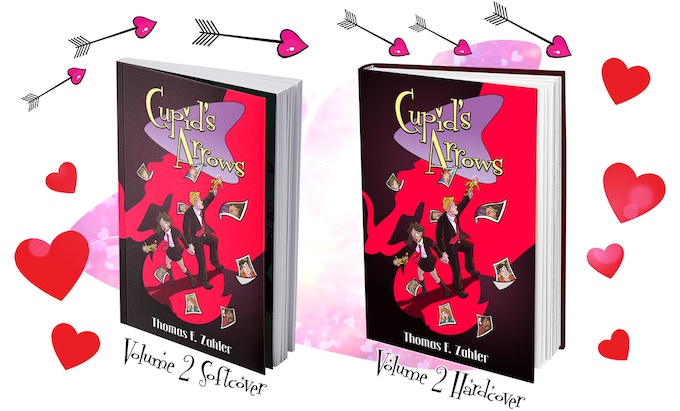 FS: When adapting the series from webcomic to printed form, what are some considerations you have to keep in mind?

TZ: There are a couple things. The web format let me bleed lettering into the gutters as much as I wanted. I have to reformat a lot of the panels so that the dialogue is contained in them. The lettering can get a little smaller, too.

And the infinite vertical scroll of the webcomic format means you don’t have to worry about page turns, and making sure big reveals happen as you turn the page. So you become conscious about where cliffhangers and surprises happen.

We’re going to put together another high-quality collection, and also do some more prints, a set of six character pins, reward levels that include original art, and stretch goals like bookmarks and more to be announced.

It’ll run until the end of September. Plenty of time for people to get on board!

FS: How has the response to the first volume impacted how you view your work?

TZ: As an artist, I need a metric ton of validation. It keeps me going. So having the outpouring of support that I did with the first one really fuels the furnace that helps me make more things. That’s the big thing. It’s very Sally Field. “You really like me.” And then I can make more stuff.

And I don’t take those supporters for granted. They make it possible for me to do the thing that I feel like I was put on this earth to do, tell stories. I’m forever and unimaginably grateful to all of them.

FS: Are there any other projects you have coming down the pike that you’d like to tease?

TZ: I’m doing new installments of Love and Capes, my superhero romantic comedy, up on my Patreon at patreon.com/thomzahler There’s a new page every week, and then a collection just about every year. 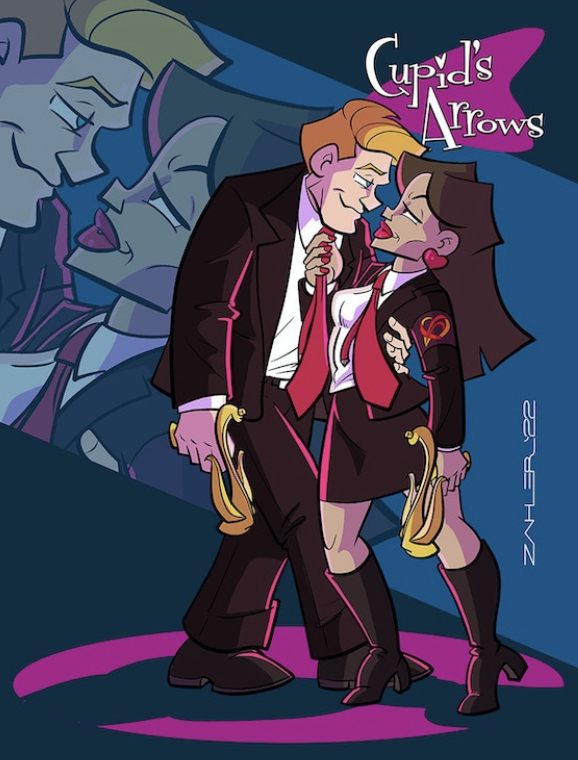 FS: Congratulations on your Ringo Awards nominations! How’re you feeling now that you’ve been nominated?

TZ: So first, it’s an absolute honor. I tell people the Ringos are like our SAG Awards. Ultimately, you’re picked by your fellow professionals, and that means a lot. And sure, awards are an imperfect system, but it’s the system we have. Straight-up I’d love to win an award so my Mom could see it. She actually got herself to one I was nominated for years ago and she met Stan Lee. You never think your Mom is going to meet Stan Lee. I have a photo of that meeting in my studio, and it’s one of my favorite things.

As far as the Humor award, I’ve been slinging jokes for a while now. I’s amazing to be nominated but it’s always the category I think I might have the best chance it. I’m glad to be there.

Cartoonist though… that’s the word I use to describe myself. That’s Eisner and Kubert and Barks and Kirby. Being nominated in that category is awesome and very humbling. It was a surprise to be sure and just the best part of my day. We’ll see if it’s the best part of my year in October.

FS: If you had one more pitch to potential backers for Volume 2’s Kickstarter, what would it be?

TZ: If you like good and heartfelt stories, and you want to subsidize my wine bill, give it Cupid’s Arrows a try!

As of press time, the Kickstarter for Cupid’s Arrows Volume 2 has already tripled its initial goal, with the $10,000 stretch goal unlocked. Check out the campaign page to view all the contributor rewards.