The holidays are in full swing and Warner Bros. Home Entertainment and Warner Bros. Animation hope you’ll spend part of your season with the lovable cartoon pair, Tom and Jerry, in their new animated feature, Tom and Jerry: Snowman’s Land, already on DVD and available for digital download Tuesday, November 29th! 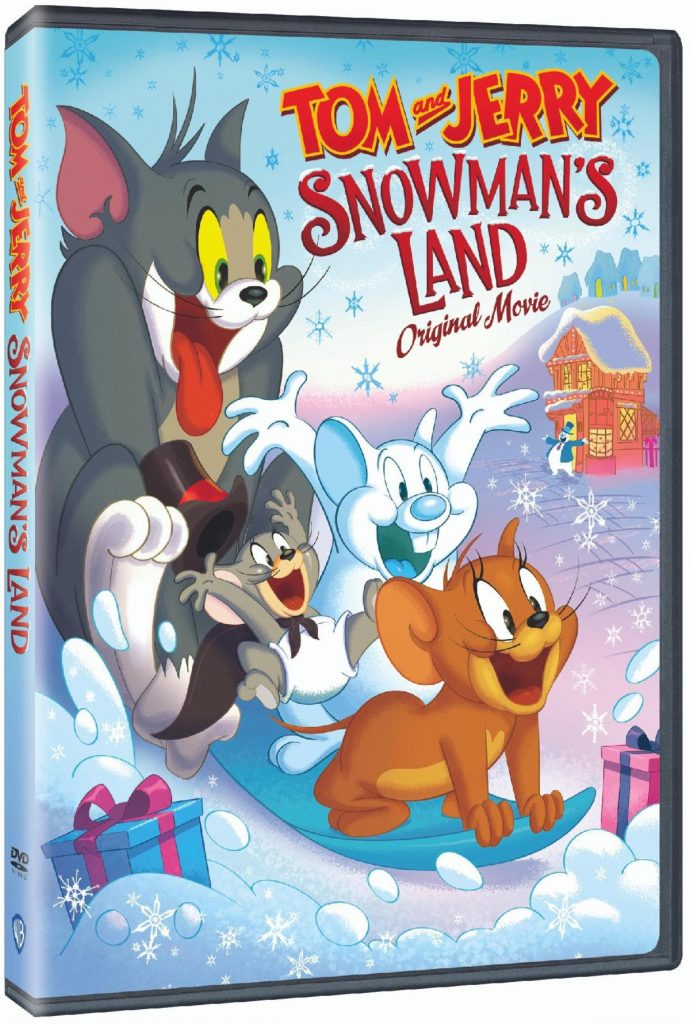 In Snowman’s Land (Who doesn’t love a good play on words?), in a tale that echoes another holiday classic, Jerry and his nephew Tuffy must help their magical snow fried Larry the snow mouse get to Snowman’s Village to keep from melting. Of course, Jerry has other plans and hopes exploit the magic that brought Larry life. 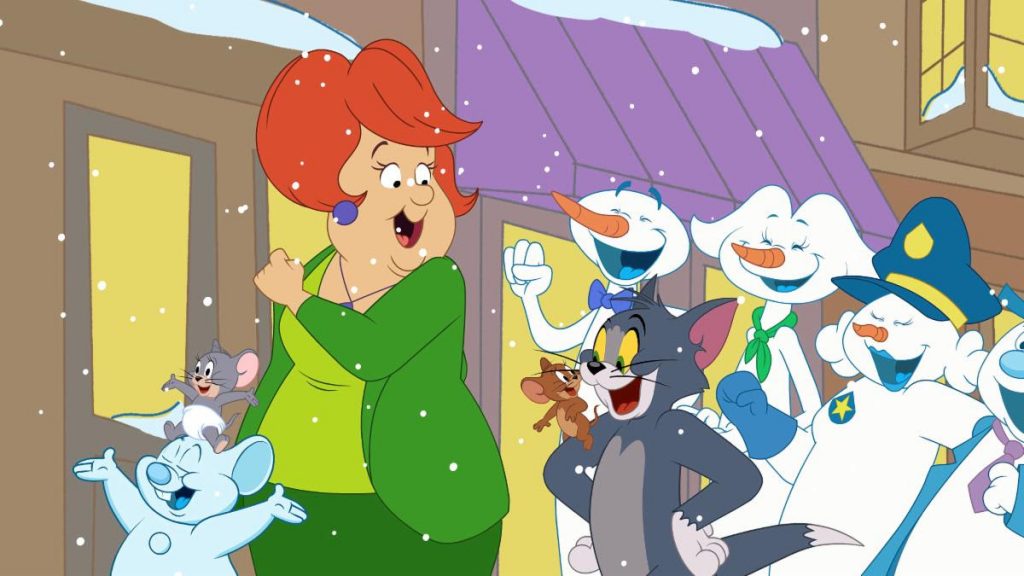 From TOM AND JERRY: SNOWMAN’S LAND

Not to fret, though: Judging from the animation stills released by Warner Bros. Home Entertainment, it looks like Tom and Jerry put aside their differences and learn a valuable lesson about friendship, joy, and the wonder that accompany the holidays. And to add to the fun, the DVD and digital copy also come with three classic Tom and Jerry cartoons to hit you in the nostalgia feels.

Full disclosure: Warner Bros. Home Entertainment made available a review copy of Tom and Jerry: Snowman’s Land to FreakSugar, so expect my thoughts on the cartoon soon, loyal readers. Big thanks to the WB!

Back box art for TOM AND JERRY: SNOWMAN’S LAND on DVD

Tom and Jerry: Snowman’s Land is available for purchase now on DVD and will be available for digital download on Tuesday, November 29th.

It’s The Most Wonderful Time of the Year

Just in time for the holidays, everyone’s favorite cat and mouse duo are back in action as Tom and Jerry: Snowman’s Land releases on Digital November 15, and DVD November 29, from Warner Bros. Home Entertainment. Produced by Warner Bros. Animation, the all-new, full-length animated family holiday film is filled with 72 minutes of toe-tapping tunes and hilarious hijinks and 3 classic episodes. Tom and Jerry: Snowman’s Land will be available to own on Digital for $14.99 SRP (US and Canada) and on DVD for $19.98 SRP ($24.98 in Canada).

It’s time to chase that holiday spirit with Tom and Jerry! With magic in the air, Jerry and his nephew, Tuffy, make a snow mouse that miraculously comes to life! To keep their new friend, Larry the snow mouse from melting, Tuffy and Jerry must race him to the fabled Snowman’s Village. In hot pursuit, Tom and devious Dr. Doublevay have their own plans for Larry’s magic. Get ready to go dashing through this epic tale filled with songs, snow, thrills, laughs and even a bit of holiday magic!​

Digital movies or TV episodes allow fans to watch a digital version of their movie or TV show anywhere, on their favorite devices. Digital movies or TV episodes are included with the purchase of specially marked Blu-ray discs. With digital, consumers are able to instantly stream and download movies and TV shows to TVs, computers, tablets and smartphones through retail services. For more information on compatible devices and services go to wb.com/digitalmoviefaq. Consult a digital retailer for details and requirements and for a list of digital-compatible devices.