Readers often look to superheroes as models of morality and how to live an upright life. And, on the whole, most heroes from the four-colored world of comic books act as exemplars of how to treat our fellow humans. However, just like the rest of us, the super-folk sometimes have feet of clay in other areas of their lives. For instance, quite a few do-gooders don’t know their asses from holes in the ground when it comes to knowing how to navigate romantic relationships. In honor of Valentine’s Day, the most hateful day of the year, let’s take a look back at some of the most toxic love and romances found in the funny books. 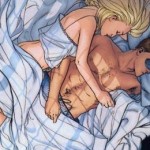 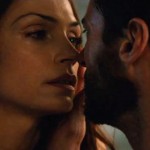 Cyclops and Jean Grey: Childhood sweethearts turned the X-Men’s premiere power couple. Married mutants. Cheating jackasses. Now, I’ve made it pretty clear that I’m a huge fan of the X-Men leader Scott Summers, the optic blasting Cyclops. He’s one of the most competent strategist in all of comics and, on the battlefield, he doesn’t suffer bullshit. That said, he often acts like a hateful, clueless jag when it comes to his relationship with Jean, former Marvel Girl, sometimes Phoenix, and usually deceased mutant. When he’s not creepily marrying ladies who are dead (ha!) ringers for Jean—like clone Madelyne Pryor—the chronic adulterer engages in psychic affairs with folks like S&M-clad villain-turned-hero Emma Frost. Trying to convince himself that since it was “only thoughts” that it’s not cheating is one thing, but trying to convince Jean, one of the world’s greatest telepaths, of that? Grasping at straws, dickweed. 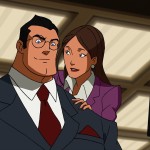 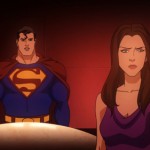 Even if we were to ignore the early tales of Superman where he’s constantly trying to teach Lois Lane a lesson for being a snoop like he’s some creepy father figure, the fact of the matter is that Superman lied to Lois for years and years about his true identity. Yeah, he was trying to protect her because if anyone ever found out his secret blah blah whatever. Once you found out something like that from someone you’ve known for years, could you really trust anything they said ever again? And Hell, you can see that Superman was having fun with fucking with Lois and times, acting like two people. It’s been said by many, but it bears repeating: Superman? More like Super-asshole.

As for Lois: An award-winning journalist who can’t figure out her office mate is one of the most famous people in the world? Yeah, I’m sure she’d make a wonderful dinner conversationalist. And the way she always berated Clark when she didn’t know his secret made me think that she’s the type of gal who kicks puppies unless other folks are around. 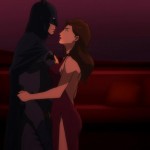 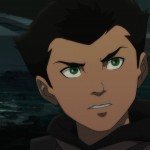 I almost picked Batman and Catwoman, as the Dark Knight has slept around a lot (he’s kind of a whore), but I selected his relationship with Talia simply for the level of mindfuckery that the daughter of Ra’s al Ghul—one of Batman’s greatest enemies—put him through. Besides alternating between wanting to make the Dark Knight her consort and trying to kill him to put to rest her unresolved Daddy issues, the grandest act of bastardly deed that Talia dropped on the Caped Crusader came in the form of Damian. Using the Batman’s DNA from one of their, ech-hemm, rendezvouses, Talia grows Damian in a lab and leaves him with Bruce Wayne in order to disrupt his life. Damian is a terror, having grown up with the indoctrination of Ra’s al Ghul’s League of Assassins, until eventually becoming a hero in his own right.

That’s some Maury Povich level shit there. Dropping off a kid the dad never knew he had just to be an ass? That’s cold, Talia. The Batman can be a jerk to the power of a hundred, but, seriously, that’s cold-blooded. The lady’s lucky she’s still alive. Oh, wait, spoiler alert: She ain’t. 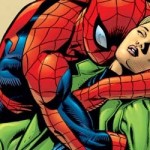 For some reason, Gwen Stacy, girlfriend to Peter Parker (that Spider-Man fella), never did well with bridges. Their affairs were always shaky at best, and usually ended in emotional (and physical) whiplash. 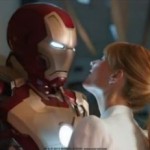 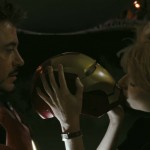 While Batman might the man-whore of the DC Universe, the dude doesn’t hold a candle to the potential CDC disaster area that is Tony Stark, the invincible Iron Man. And man, I hope that guy’s invincible, because he’s gotta have weird mutant STDs crawling up in there. For real.

Which is just another reason that I’m kinda glad that Tony and his trusty assistant and sometimes-Stark Industries CEO Pepper Potts never got into a serious, lasting relationship. Oh, there’s some obvious chemistry there, and lots of dancing around the will-they, won’t-they, side of things. However, Tony would usually just undermine himself by courting multiple women right in front of Pepper to… what? Protect himself? Or Pepper? Make himself look like such a horse’s ass that Pepper will see that he’s not worth the effort? I dunno. Regardless, Pepper is so much better off. I’ve heard alien antibiotics won’t kill whatever STD superstorm Tony has cultivating down there.