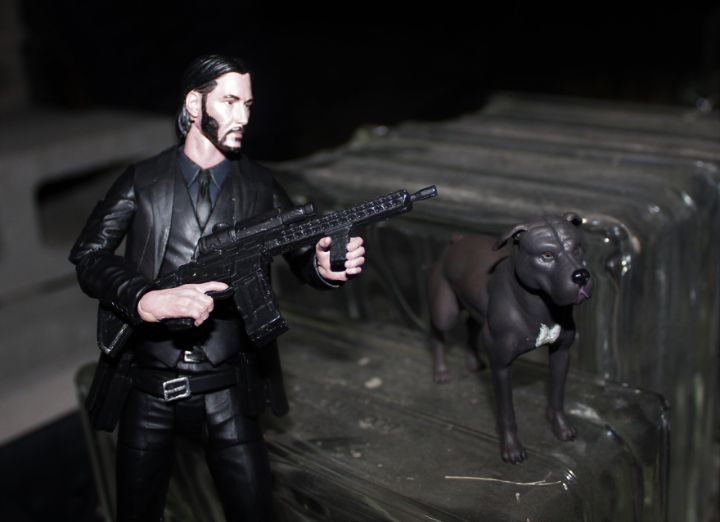 The first thing you’ll notice about Diamond Select’s new “Tactical” John Wick figure is that he’s large. Not just by Diamond standards, but to a point that he’s likely not compatible with anything else in your collection. Since Diamond has made no other characters from the franchise, that’s not too big an issue; most will display him solo. But if you were hoping to substitute him in a scene for an updated Neo, or, let’s face it, any role in which Keanu Reeves wears black clothes (which is most of them), he’s not super compatible. Diamond has let their 7-inch-ish scale creep slowly upward, but even the Tron guys aren’t this tall, and Westworld certainly aren’t. 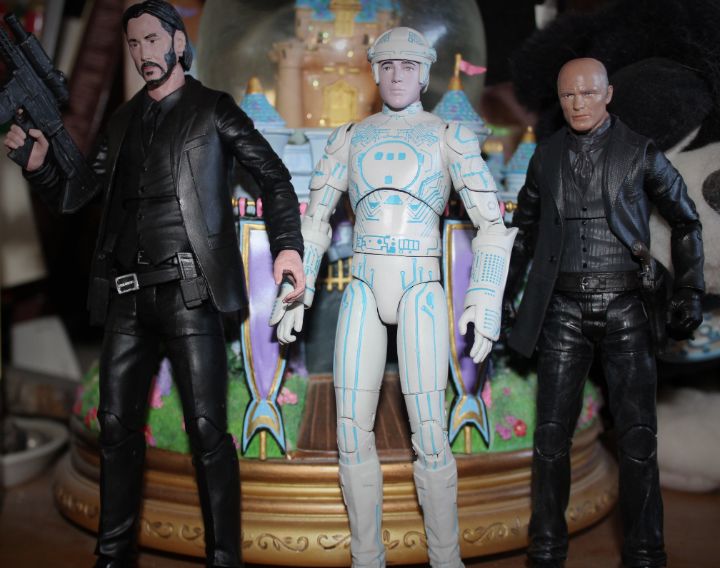 Compared to other 7-inch lines, forget it. McFarlane Toys literally just made a Keanu Reeves in the “same” scale, and, well… 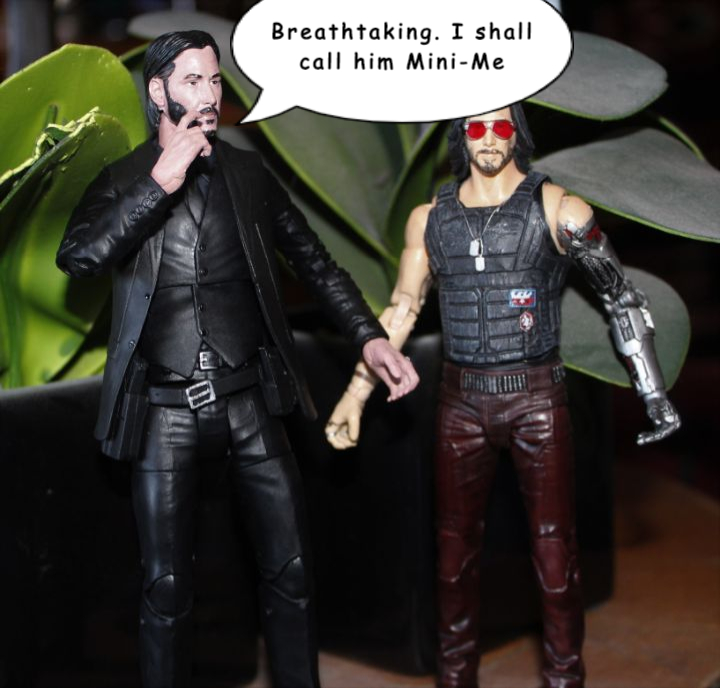 And as for NECA, let’s first point out that in real life, Arnold Schwarzenegger and Keanu Reeves are about the same height. 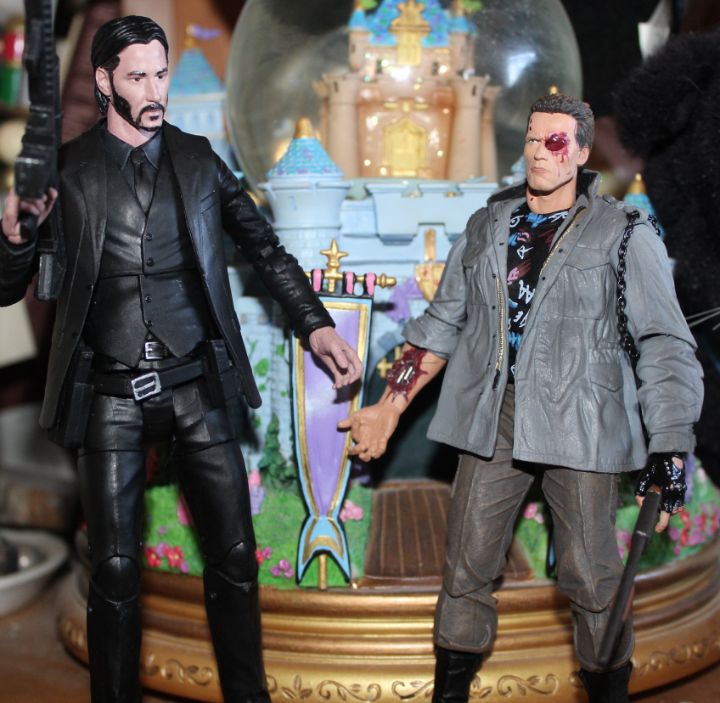 So why the size? My suspicion is it’s the accessories. He has some seriously tiny extras, including in-scale gold coins you’ll be lucky not to lose. Any smaller and they couldn’t be done at all. His ammunition belt has a removable handgun, and he has an extra gun in a box, complete with two extra clips (they do not plug into the gun, because that’s an extra level of fiddliness that seems like way too much trouble). 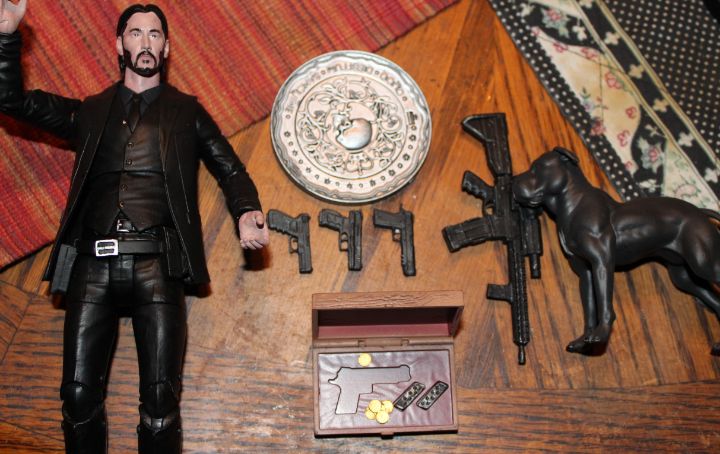 What he doesn’t come with is the carry-case for the rifle that’s depicted on the back of the package. Cost-cutting, one assumes. 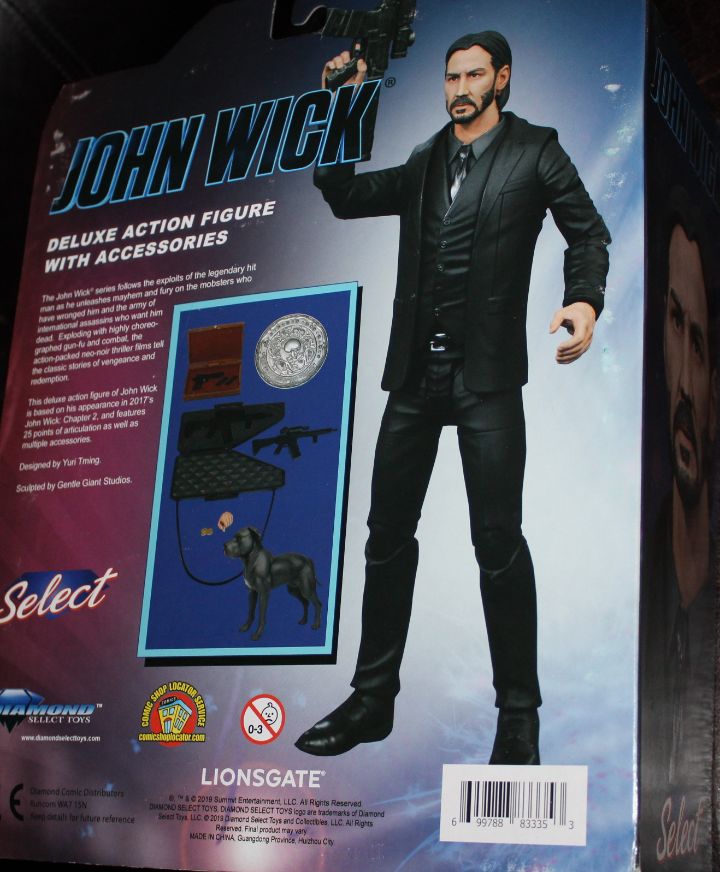 Come to think of it, the prototype on the package has a much more detailed, colorful face print. The final figure looks like its face was computer printed, but that black was the only ink available. With that said, it’s unmistakable who the figure is supposed to be, and considering Reeves often stars in heavily filtered action movies, it’s fine. 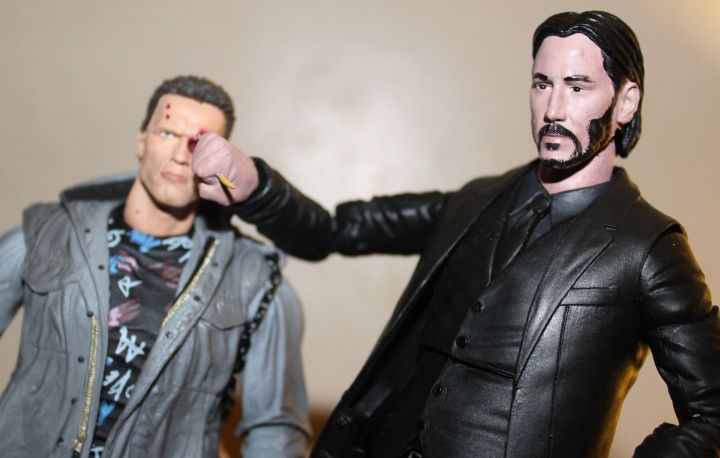 Alternate hands include a pencil-stabby hand and a coin-flipping hand. If you want to customize a Keanu version of the Joker or Two-Face, there’s your assist.

The most challenging is his previously mentioned gun belt, which uses a small and soft nipple-into-hole fastener. To get it on, you’ll want a push pin to widen that hole just a bit, and either tweezers or sharp fingernails to pull the rubbery nipple part through. It can be done. I’ve seen other review sites that gave up on it, but I did not. Still, smce much of it is hidden under his jacket any way, you may want to consider how badly you need it on him at all. He looks fine without it. 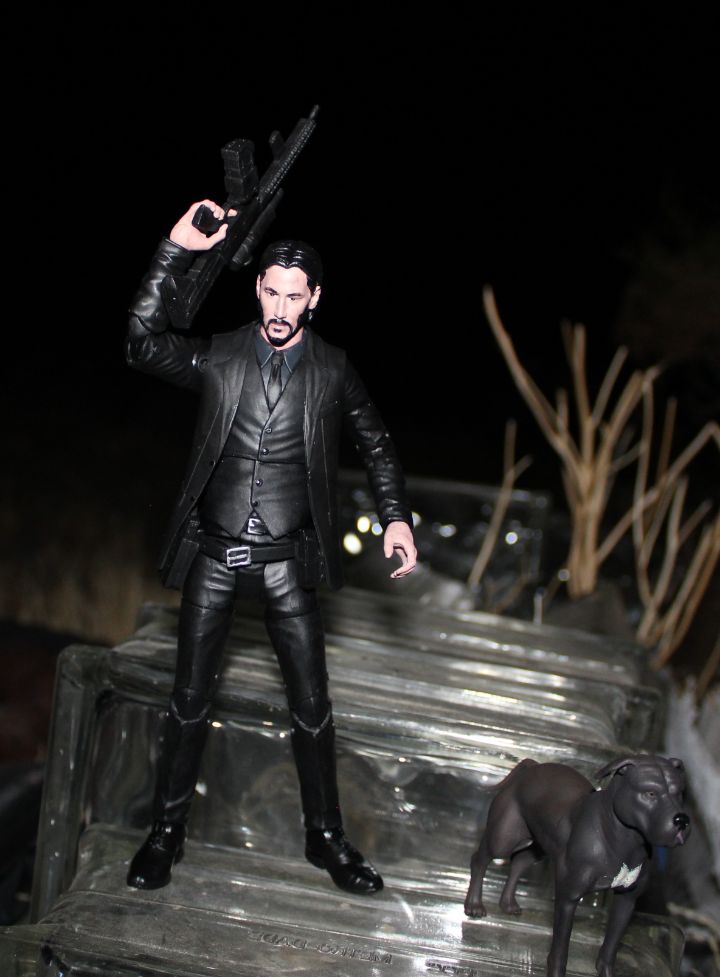 Articulation: Limited butterfly chest. Ball shoulders, neck, and mid-torso. Cut upper biceps and thighs. Double knees and elbows. Hinge-and-cut hips. Hinge-pin ball wrists. Hinge/cut/rocker ankles. The neck joint feels a bit stiff, like the kind that might twist off and break if you force it, but with mild ratcheting. But the bottom line is you can totally pose Wick either doing his signature armbar takedown-gunshot combo… 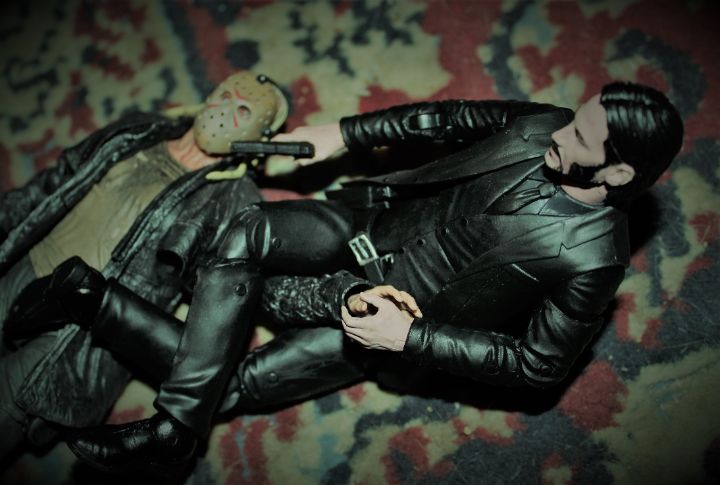 …or replicating the Sad Keanu meme. 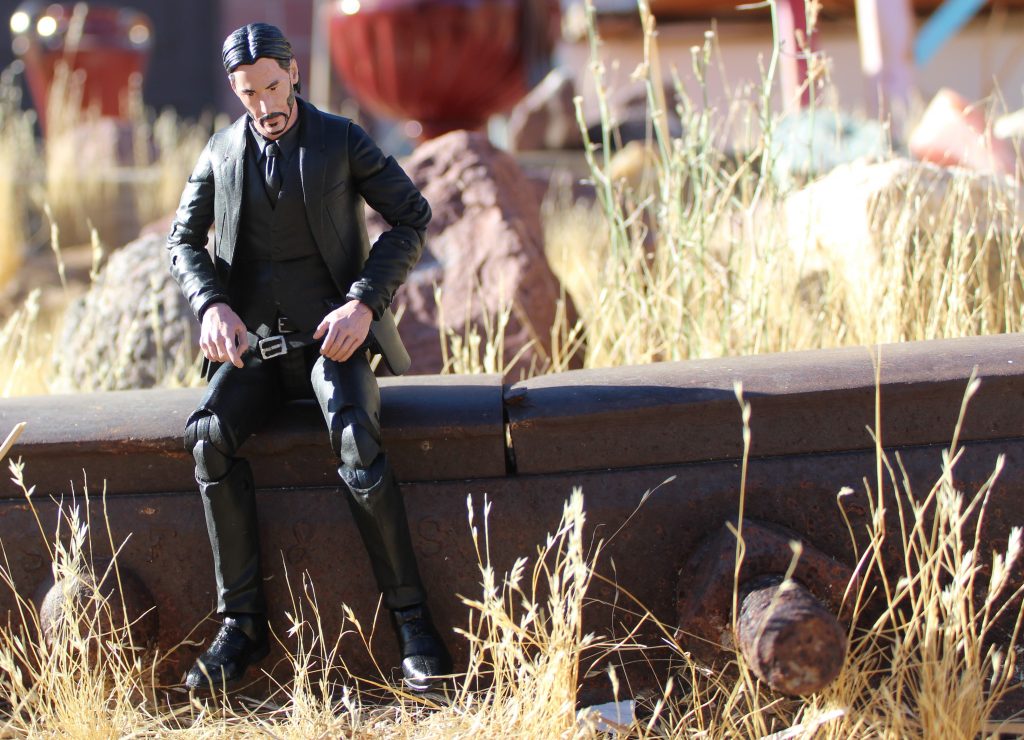 Expect to pay around $27-$30 for Mr. Wick. That’s pretty standard for a figure of this size…er, okay, a figure of the size one would expect this to be. There aren’t any other figures quite this size, at least not in my vast collection.

Oh, and the dog isn’t articulated. Well sculpted, though.