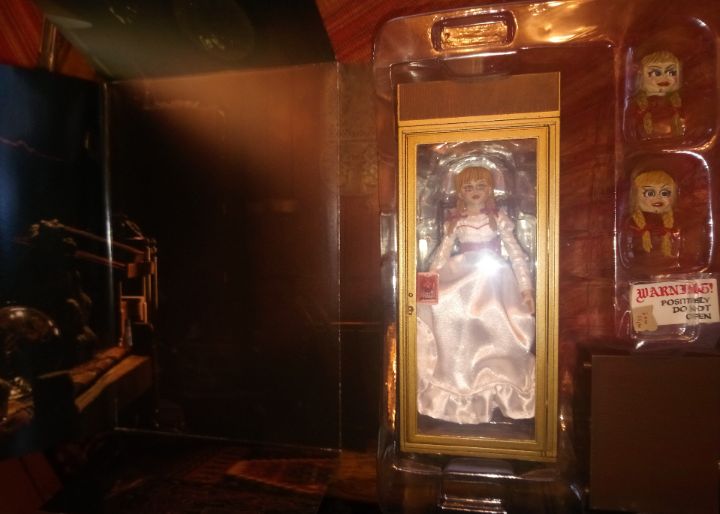 My mother-in-law, while very respectful of my toy collecting and photographing hobby-slash-semi-profession, enjoys being extremely vocal about the aesthetics of certain figures. If it’s a variation on an alien xenomorph, for example, I get to hear about how objectively ugly she finds it. If we discuss inheriting her house, there’s nearly always a moment when it’s made clear that we cannot decorate the place with horror action figures so long as she’s alive. But when I brought Annabelle home, all of a sudden she was full of compliments. Her own cabinets are filled with dolls, deemed cute in their day, that a kid raised on horror movie smight find frightening in their own way, but Annabelle appears to be close enough to impress. Which, arguably, rebuts one of the bigger criticisms of the Annabelle films: that no kid would ever want a doll that looked like that. The “real” Annabelle, of course, was a Raggedy Ann doll said to be haunted.

So while I often have to struggle to find appropriate photography locations, Annabelle looks just fine on her shelves. 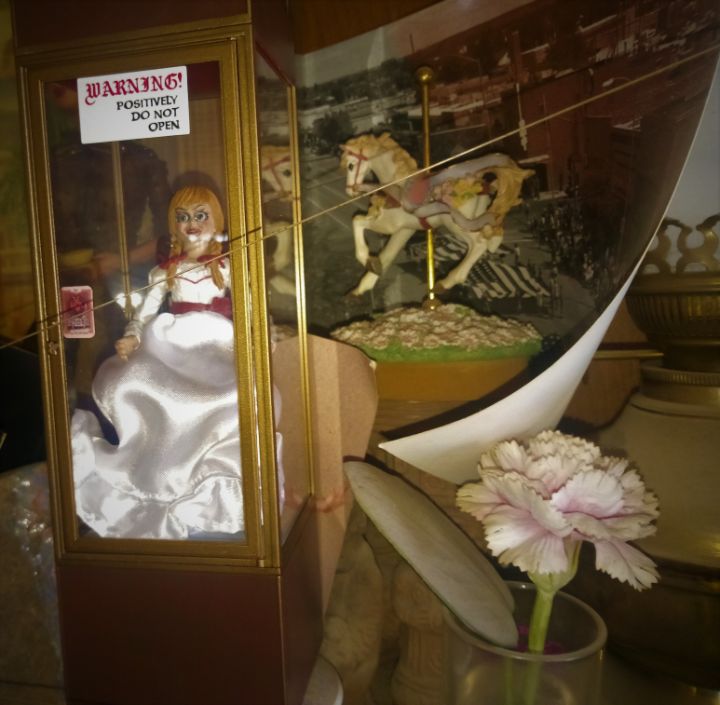 If you’ve never seen an Annabelle movie, it may come as a surprise to learn that the doll itself is not alive or possessed, but rather a demon magnet that mostly just so happens to attach to a naked black Satan  most of the time. To the extent that she moves, it’s because an evil spirit is moving her. That said, when you own the toy, you’re the boss of it, and if you want to play like she’s alive, NECA has given her probably more articulation than the actual movie prop. 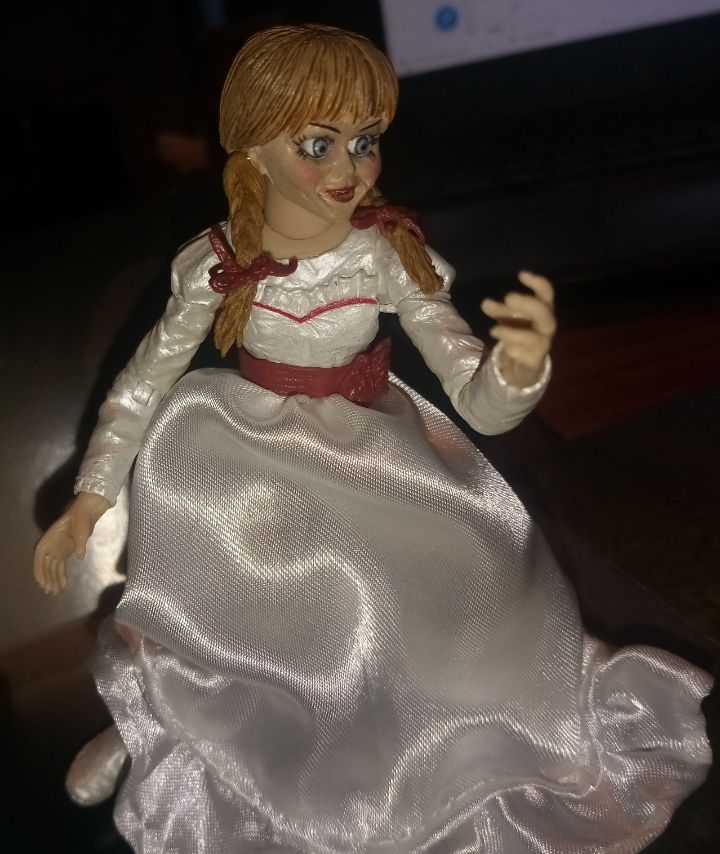 From her neck and mid-torso down to her elbows, knees, and wrists, every major joint is a ball joint save the ankles, which are hinge-and-rocker. And the dress hem has a wire in it for dynamic poseability. You want her to do kung fu? She will mess Chucky up. 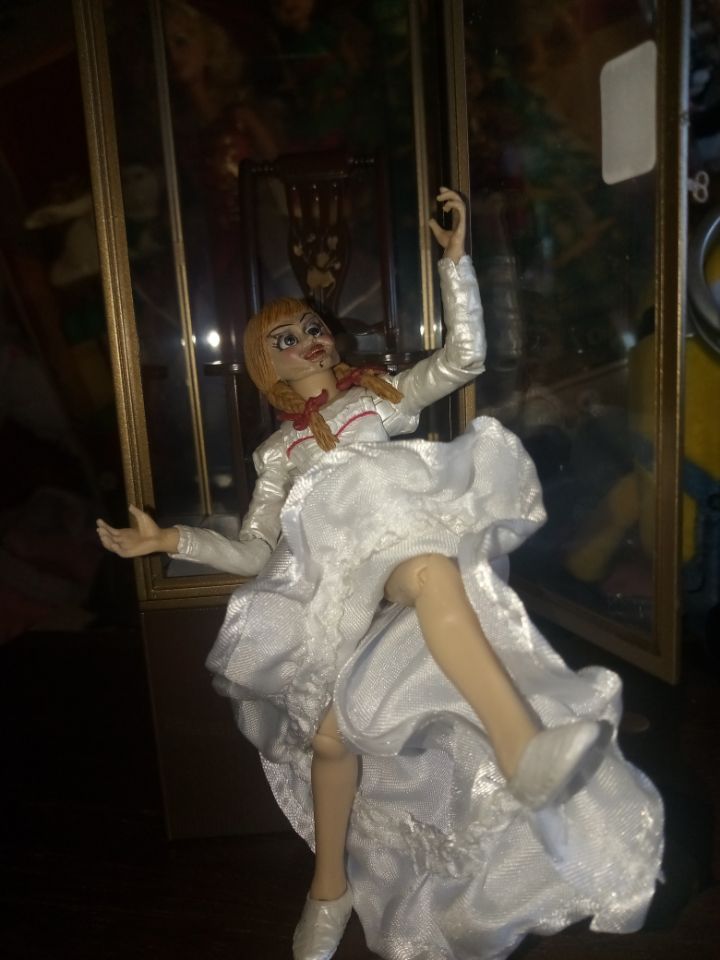 And yes, she is to scale with other NECA figures. About four inches standing up. 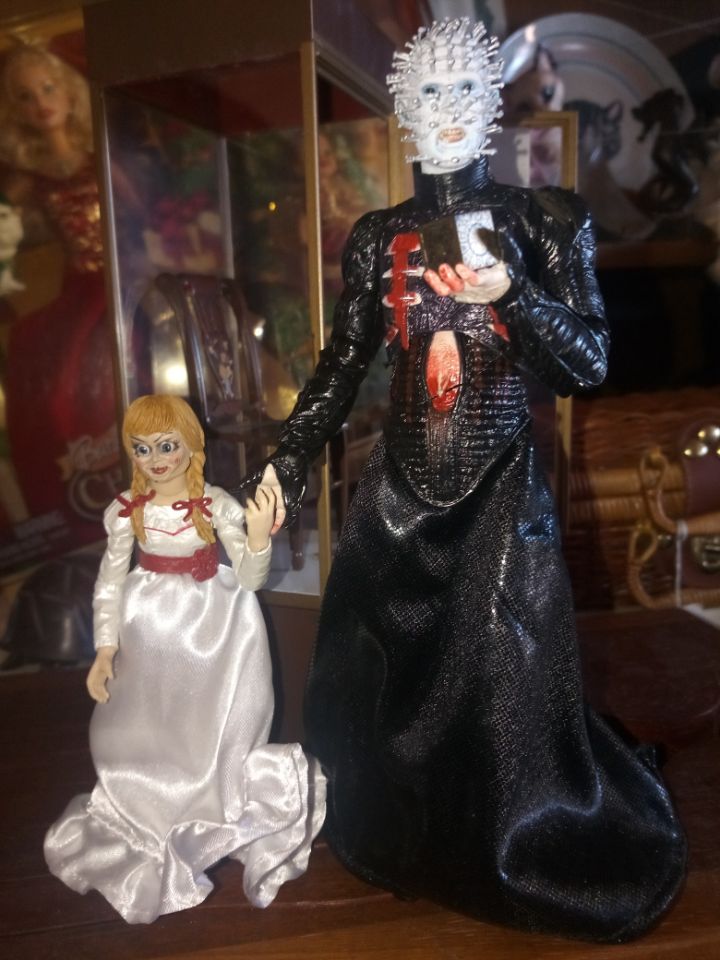 Annabelle’s primary accessories are her bonus heads. One is straight ahead and relatively neutral, while the other two feature dimpled smiles, and eyes in forward or side-eye position. All three appear to feature digital color printing. As with most NECA alt heads, be sure to pull straight up to swap them out, as their figures use rods, not double ball joints like Masters of the Universe or Marvel Legends. 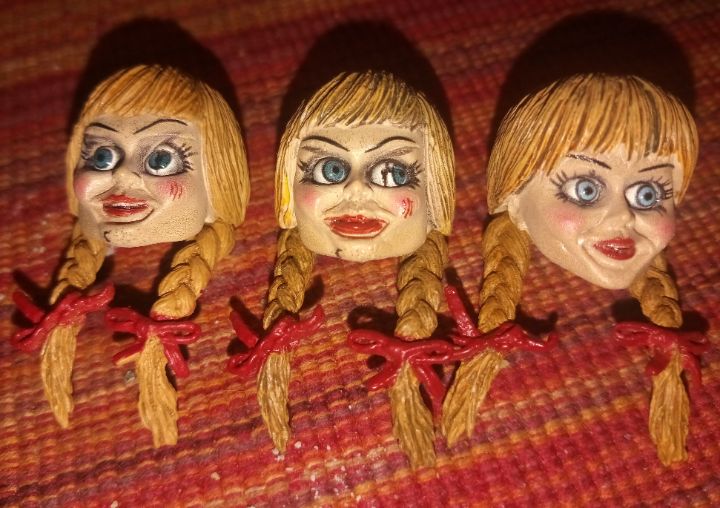 As detailed, articulated, and even clad in cloth adjustable dress as Annabelle is, however, she’s quite small to charge $30 or so for. To make the figure’s value worthwhile, therefore, she’s also packed with her glass case, a base for it, antique chair, warning sign sticker, and a little note from the demon. 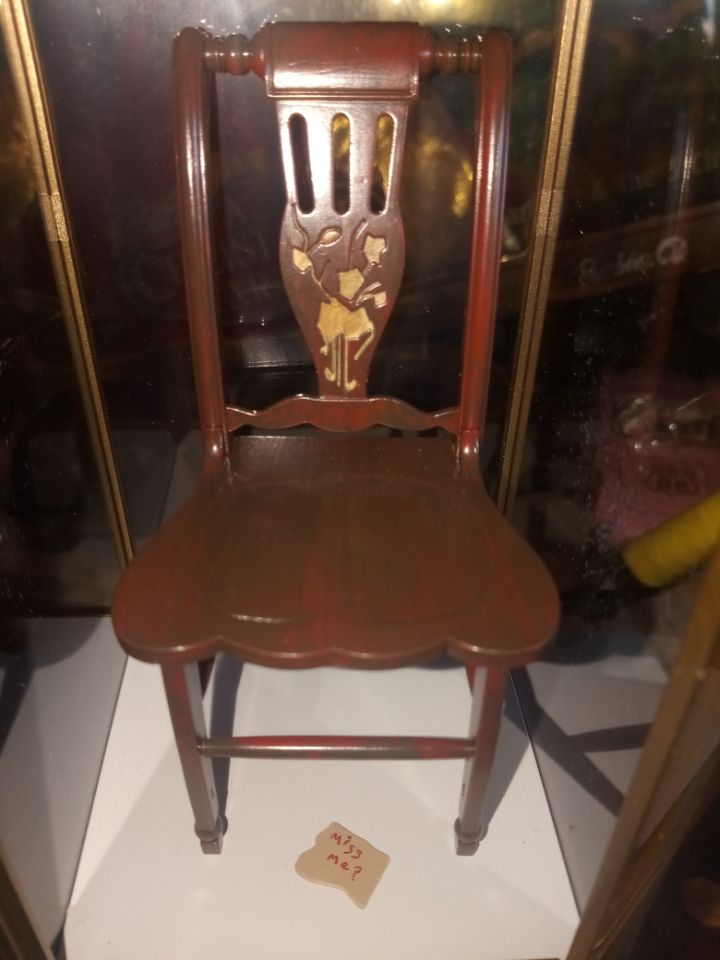 The case is fairly basic, but the chair is more detailed than it needed to be, and can seat other NECA figures as well. 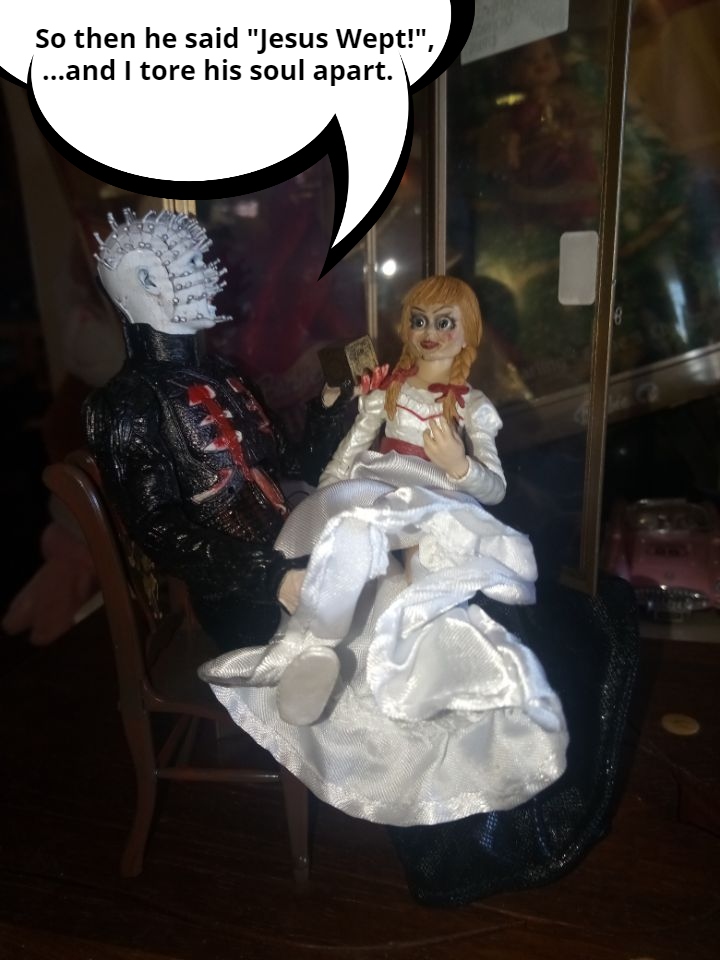 As with most horror ultimates, Annabelle comes in an opening window box branded for her third solo feature, Annabelle Comes Home. And thanks to the nature of her case accessory, she’s super-easy to display.

Just be careful not to open that door… 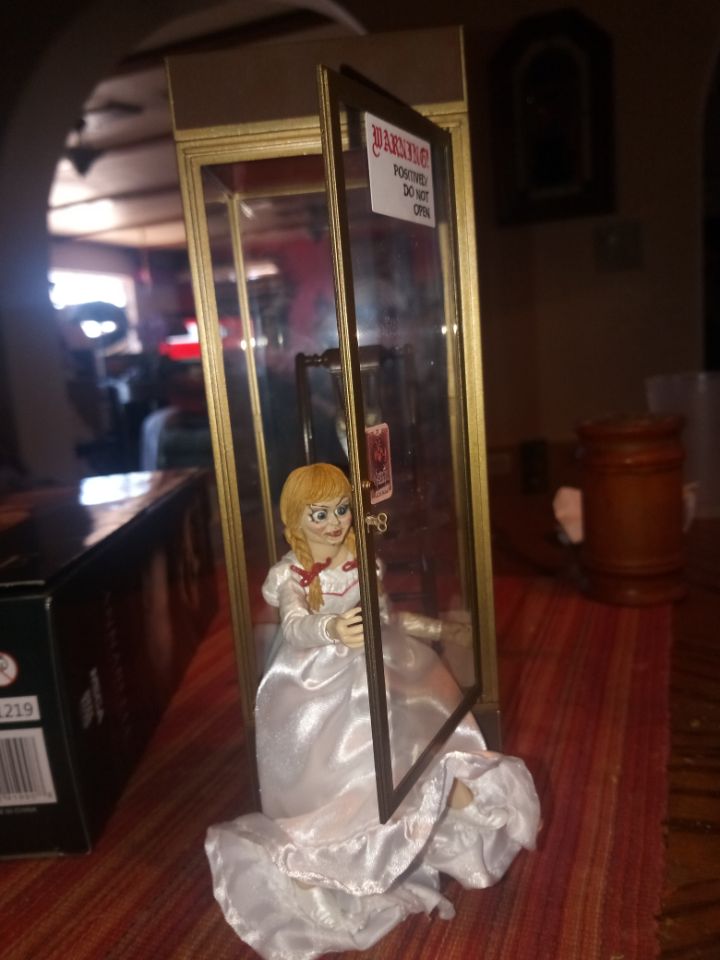