Director Bryan Bertino helmed the 2008 horror film The Strangers, which features a couple getting the bejeezus scared out of them at their vacation home by masked ne’er-do-wells. Isolating the protagonists was very smart on Bertino’s part: a hallmark of good horror and suspense yarns is confining characters in some fashion in order to produce claustrophobia and dread. If done properly, the audience want the heroes to feel the freedom of open spaces and safety just as much as the fictional characters do.

From the looks of the trailer for his new film The Monster, Bertino is using that same technique again, this time stranding a mother-daughter pair of motorists who are being stalked by something large and menacing. Give it a gander and tell us whether you’re getting the same Cujo-type claustrophobia we did–maybe with a little Jurassic Park/T. rex paddock scene thrown in for good measure.

The Monster, directed by Bryan Bertino, hits theaters and VOD on November 11th from A24.

A mother and daughter must confront a terrifying monster when they break down on a deserted road.

And the bonafide film poster: 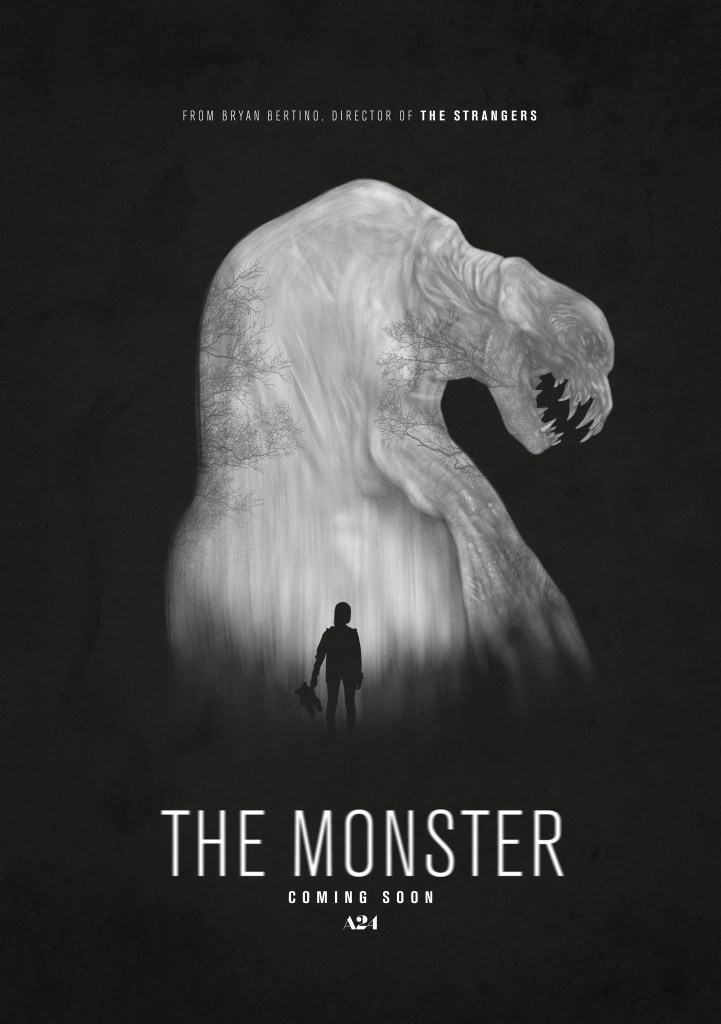