Friday, Ubisoft announced Far Cry 4 on the Ubiblog for a release in November this year. Not a ton has been revealed other than the setting is being moved away from the sweltering tropical climates to a mountainous region of Kyrat.

In typical Far Cry fashion, the land is wrought with turmoil and it’ll be up to you to set things right with any combination of stealth kills, skinning animals, felling enemy outposts, and generally being a badass. We’ll probably even get to do some more hang gliding.

First thing at the top of my head: I’m pretty sure that the guy in the pink suit is secretly Sheogorath, the lovable, mentally unstable, Madgod from the Elder Scrolls series. And two… thank god for this shoop of pure imagination.

All kidding aside, I’m down for another Far Cry game. The third entry was pretty solid in spite of its flawed story and I’m unabashedly a huge fan of Far Cry 2. There’s something about the open world mayhem I just love; doubly so when it involves cyberdino mounts complete with lasers and throbbing 80’s inspired synth beats (please, please, please let there be a second one of these)! 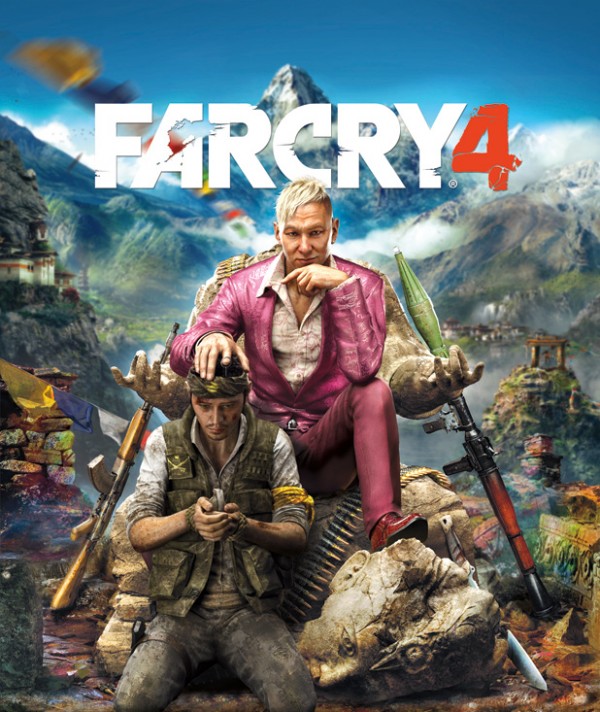 Like I said, there’s not much more to go other with only the one hero image available. Who is this foppish lad in the hypercolor suit and what’s up with his Miley Cyrus haircut? I guess these answers and more will be revealed in June during Ubi’s big E3 lineup.